The SOPA battle in a wider war 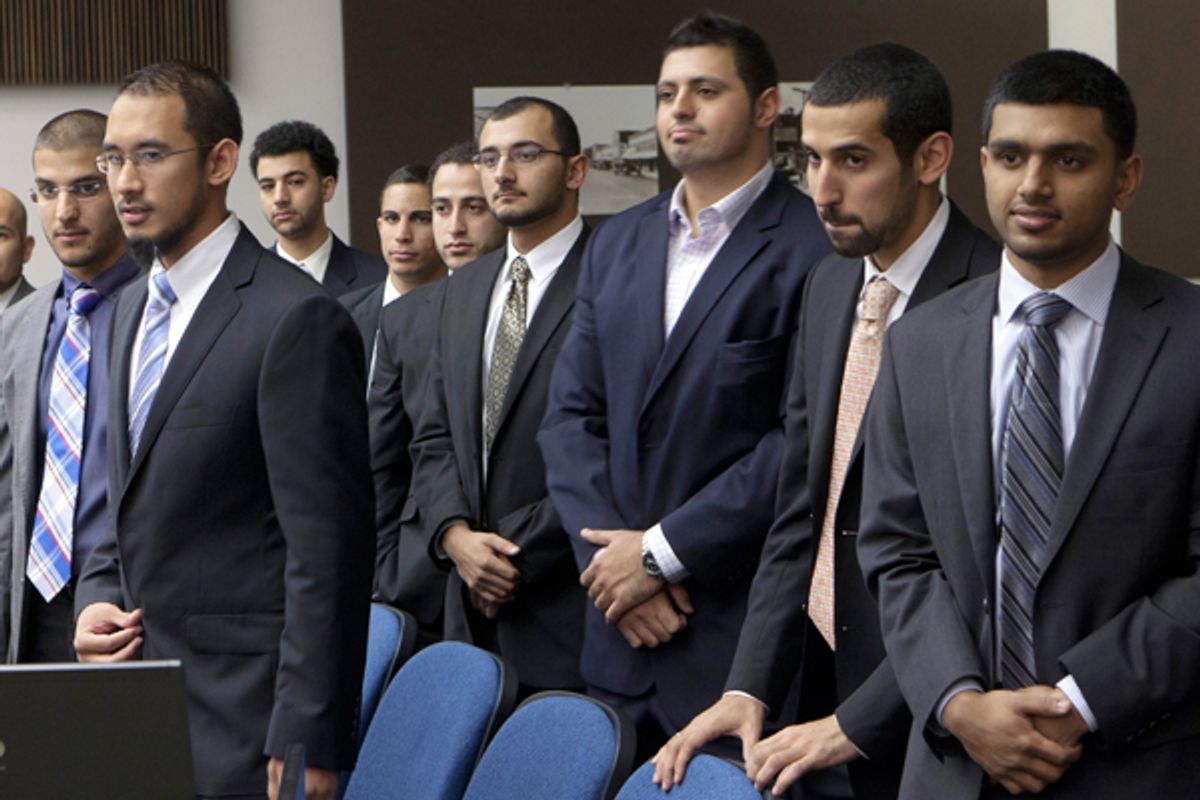 The Internet blackouts to protest the pending Stop Online Piracy Act and Protect Intellectual Property Act legislation currently working their way through the U.S. House and Senate have ignited a much-needed discussion of the question of censorship in the United States — though the discussion ought to go much further than it has so far.

One of the most striking things about the debate around SOPA and PIPA, in fact, is that the question of censorship has drawn as much attention as it has partly because it is a byproduct of a battle pitting one set of American corporate interests against another: those who generate “content” against those who maintain the electronic infrastructure in which creative material (copyrighted and otherwise) can be produced, disseminated and accessed.  Or, to be slightly more reductive about it, the struggle pits Hollywood (the Motion Picture Association of America, the Directors Guild, American Federation of Musicians, etc.) against Silicon Valley (Google, eBay, Facebook, Yahoo, etc.).  It’s little wonder that the Electronic Frontier Foundation went so far as to say that SOPA finally gives Hollywood “a chance to break the Internet,” since that is how the legislative campaign is being pitched.

Ordinarily these kinds of arguments between powerful interests might simply be read by the rest of us with a sense of philosophical detachment — even, perhaps, as compelling evidence of the ongoing contradiction between what Marx once distinguished as the means and the relations of production, or in other words the gap that sometimes opens up between sheer technological capabilities and the social systems in which they are embedded, which, at pivotal moments (including our own), seem to impede technological innovation.

But in this case one set of corporations has been able to develop an alliance with those who advocate for free speech as a matter of intellectual and political principle rather than simply as a matter of corporate interest.  And, indeed, even if, say, eBay’s credentials for (let alone commitment to) fighting censorship and advocating free speech are, to say the least, highly debatable, this battle among corporate titans does indeed have implications for the rest of us.  At some point, the requirements of certain forms of commercial freedom actually do blend with those of intellectual and cultural freedom more generally.

That detestable — and yet so easily bandied-about — word, “content,” which is at the center of this debate, refers to the products of human creativity, and, for better as well as for worse, the Internet has become one of the main structures for the creation and dissemination of creative energies in our age, so anything that might interrupt or cut off altogether the flow of that energy is, or ought to be, cause for concern.

The consensus among critics of SOPA is that, even if the intention (which is, of course, hard or even impossible to actually scrutinize) of the legislation is not, in itself, to impose a censorship regime, that will be the end result. As Rebecca MacKinnon argues, the legislation would allow the attorney general to generate a blacklist of sites to be blocked by Internet service providers and search engines, without a judicial order, much less a trial. SOPA would allow companies to sue service providers for hosting material that supposedly infringes copyright, even if they do so unknowingly. This would force ISPs and websites to monitor user activity, which is to say, to censor it, necessarily erring on the side of caution. As CNET notes, the language of the bill could be used to blacklist the next YouTube or Wikipedia — not to mention already existing sites like WikiLeaks.

What is missing from much of the salutary anti-censorship activism around SOPA and PIPA, however, is a sense of where the legislation fits in amid other recent efforts in the U.S. to curtail freedom of speech and intellectual freedom more generally.

For legal efforts to curb intellectual freedom are an ever-present — indeed, even a mounting — threat.  And what is at stake in these efforts is far more than merely “content” and the rights or legal obligations of Internet giants like Twitter and YouTube: It is the very freedom of expression that is vital to our intellectual as well as cultural life.

Probably the most visible recent examples of these legal efforts are the ever more persistent attempts by American supporters of Israel to use legislation, legal procedures and government bureaucracies to suppress free and open debate about Israel/Palestine on campuses across the country by, among other things, attempting to falsely conflate principled criticism of Israeli policy with anti-Semitism.

This effort has led, most recently, to the filing of a lawsuit against the University of California at Berkeley, and lobbying the U.S. Department of Education to open a formal investigation of the University of California at Santa Cruz, as well as undertaking a similar investigation at Barnard College in New York.  Yes, the Berkeley lawsuit was recently dismissed by a judge, as was the Barnard investigation. These are  welcome signs of judicial independence.

But other lawsuits that aim to chill open debate on campus, most notoriously in the trial of 11 U.C. Irvine and U.C. Riverside Muslim students who were found guilty of engaging in a campus protest, have been successful. No doubt other such attempts will be made in the future. This bundle of efforts is only the most recent incarnation of a variety of ideological projects over the past several years to impose different kinds of censorship on college campuses — which are, inevitably, key nodes for the production and circulation of ideas in the country.

Perhaps the most visible of those efforts was the campaign David Horowitz led in the early- to mid-2000s to impose state monitoring of universities, including intruding into such pedagogical matters as text assignments and course syllabi, and even coercing instructors into teaching specific points of view — all under the Orwellian banner of “student rights.”  At one point, up to a dozen state legislatures were considering the Horowitz package.

At the federal level, legislation calling for the same top-down monitoring was (with the help of neoconservative and pro-Israel lobbyists) actually pushed through the U.S. House of Representatives in the form of HR 3077, which was designed to establish government monitoring of federally funded international studies programs at universities across the country, to check that their programs and curricula reflect “national needs related to homeland security.”

Some may take solace from the collapse of the Horowitz campaign and the demise of HR 3077. That would be premature, if not unwise. As more recent events attest, the same will to use the law to censor and silence dissenting viewpoints has not been abandoned — it has merely shifted form.

What these disturbing events have in common is the turn to legislation, to use the bureaucracy and the law on behalf of powerful interests who seem to have something to fear in the kinds of open exchange that are inseparable from a democratic society. It is important for those who are against SOPA and PIPA to see the connection of their cause in the commercial realm with the wider suppression of intellectual and cultural freedom that is taking place as we seem to hear what the poet William Blake once referred to as “mind-forg’d manacles” clamping shut all around us.