When gay is a choice

Actress Cynthia Nixon says she \"chose\" to be a lesbian. Is the science of female sexual fluidity on her side? 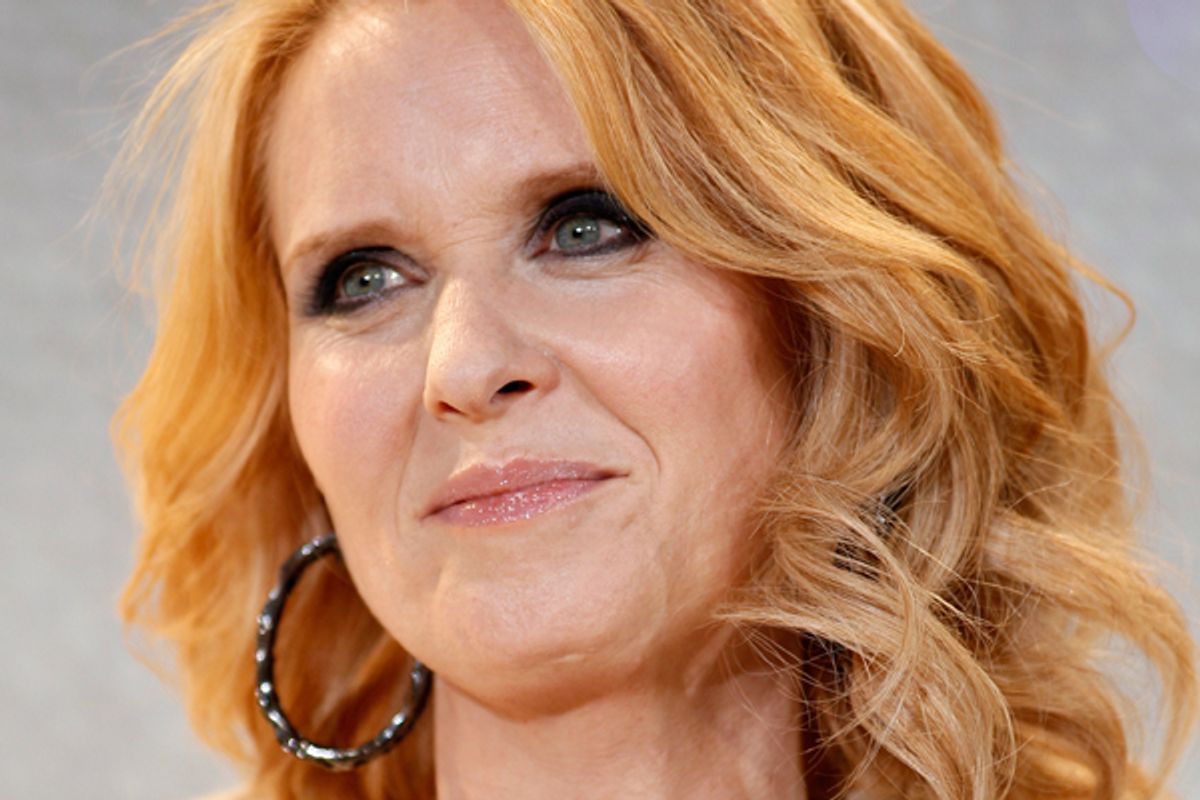 This Sunday, in a New York Times Magazine profile, actress Cynthia Nixon threw political correctness to the wind when talking about her lesbianism as a "choice" -- but her remarks are actually supported by mounting scientific research.

Regarding her late-in-life sexual orientation switch, the "Sex and the City" star said:

I gave a speech recently, an empowerment speech to a gay audience, and it included the line 'I've been straight and I’ve been gay, and gay is better.’ And they tried to get me to change it, because they said it implies that homosexuality can be a choice. And for me, it is a choice. I understand that for many people it’s not, but for me it’s a choice, and you don’t get to define my gayness for me.

Writer Alex Witchel reports that "her face was red and her arms were waving" as she continued, "It seems we’re just ceding this point to bigots who are demanding it, and I don’t think that they should define the terms of the debate," Nixon said. "I also feel like people think I was walking around in a cloud and didn’t realize I was gay, which I find really offensive."

Activists have long combated extremist attacks on LGBT identities by highlighting the science showing that homosexuality is genetic -- or, in the words of Lady Gaga, that gay people are "born that way." It may be that simple for some, but research increasingly suggests that it isn't for all -- especially for gay women.

Lisa Diamond, a psychology professor at the University of Utah, spent over a decade tracking sexual identity changes in a group of 100 women for her book "Sexual Fluidity: Understanding Women's Love and Desire." She wrote, "Women's sexuality is fundamentally more fluid than men's, permitting greater variability in its development and expression over the life course." Based on her research, she describes three main ways that sexual fluidity is expressed: "nonexclusivity in attractions" (i.e., the capacity to find all genders sexually attractive), "changes in attractions" (i.e., suddenly becoming romantically involved with a woman after a lifetime dating men) and the capacity to become attracted to 'the person and not the gender'" (i.e., a partner's sex is irrelevant).

Diamond also differentiates between "change, choice, and control" as "totally separate phenomena." As psychologist John Michael Bailey of Northwestern University told me in an email, "The sentence 'I choose to prefer sex with women to sex with men' is meaningless. Schopenhauer wrote: 'Man can do what he wants, but he cannot want what he wants,'" he says. "We choose our behaviors but not our desires." But it may be that women generally have a broader range of desires to choose from.

Copious research has revealed striking differences in male and female sexual orientation and arousal. In immensely awkward studies measuring men's hard-ons while viewing various sexual stimuli, most guys have a strong response to either males or females; and their sexual orientation generally predicts their physical reaction. On the other hand, Bailey explains, "Women's genital sexual arousal pattern is much less predictive of their sexual identity and their stated preferences," he says. "Lesbians have a relatively weaker arousal preference for female sexual stimuli, on average, and straight women have no preference at all, on average."

Bailey believes that "men's differentiated sexual arousal pattern makes them sexually rigid, and women's lack of one makes them flexible." As for the Times Magazine piece, he says, "It does not surprise me that Cynthia Nixon can choose to express sexual feelings for women but not for men. Maybe someday we'll understand why."

Christan Moran, a researcher who has studied midlife changes in women's sexuality, says the actress's remarks are "a great step forward in advancing the discussion about sexual fluidity. Those who are heavily invested in the idea that sexuality is set for life need to step back and recognize the enormous gendered difference in this area."

As popular as the theory of female "erotic plasticity" has become in the field of sex research, it is hardly without its critics; and many researchers are more inclined to highlight the sexual similarities between men and women. But beyond the ongoing scientific debate, there's a strong political argument to be made against taking an unwavering "born this way" stance. Marta Meana, a clinical psychologist at the University of Nevada Las Vegas who has researched sexual fluidity, believes "it is a devil's bargain to argue for acceptance on the basis of biology," she explains. "The 'I can't help it' argument retains the idea that something is amiss. The truly progressive stance is that all people should be treated with respect, dignity and equality regardless of the mechanisms that led them to prefer having consensual sex with one group over another, at any point in time."