The charade of super PAC independence 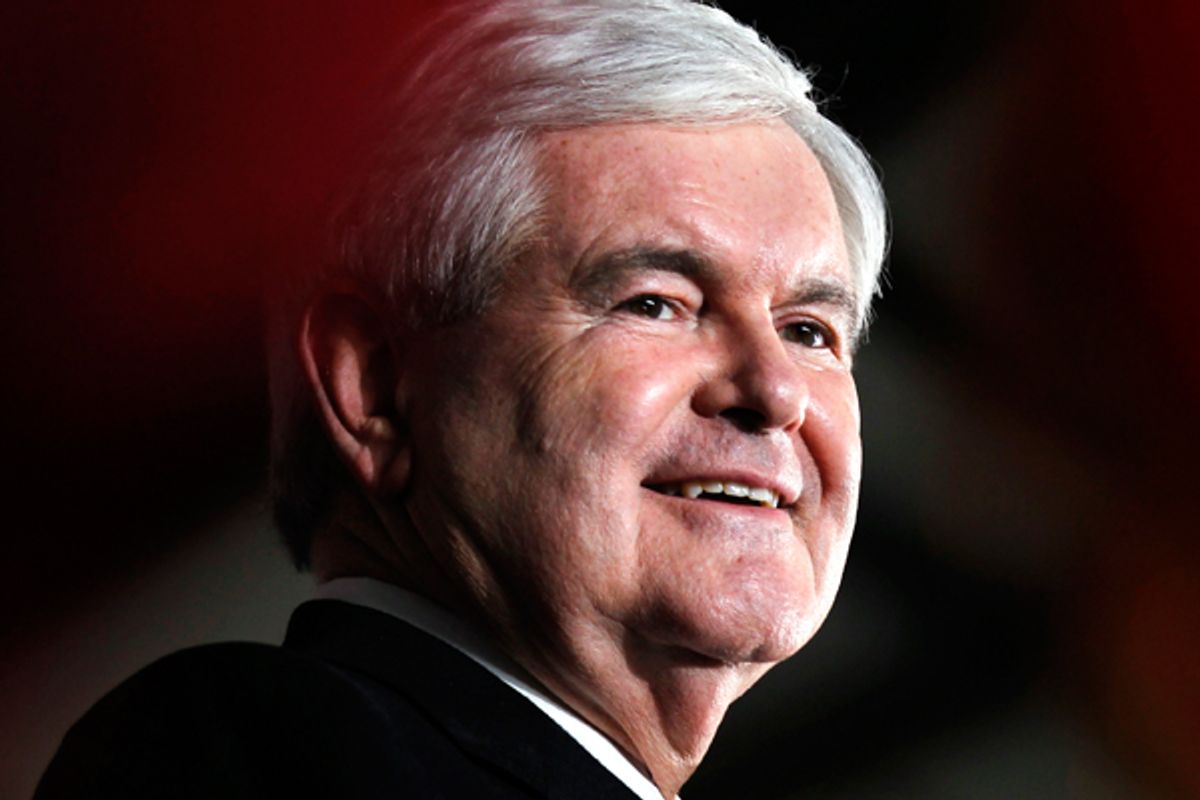 Newt Gingrich's latest ad – excuse me, his super PAC's latest ad – attacks Mitt Romney's Massachusetts healthcare reform plan and ties it to "Obamacare." Of course it's Newt, not Mitt, who took millions from the healthcare industry, and Gingrich also supported the individual mandate in the Romney and Obama plans, but in the world of negative advertising, the truth doesn't matter.

I had a chance to be on MSNBC's "Hardball" with the PAC's director, Rick Tyler, who blithely asserted he doesn't need to coordinate with Gingrich because they worked together for so long, he can essentially channel him. "Things work out pretty well," Tyler told me and Chris Matthews. "I've been with Newt a long time and I can dance with this campaign without coordinating." I thought it was a wonderful admission that puts the lie to the notion that super PACs are utterly independent of the candidates they support. You can watch below.

Tyler also made hard-to-follow allegations that Romney may have done something illegal in his tax returns, which would of course matter if true. I took a moment to note that Gingrich would cut Romney's scandalously low tax rate to zero, because he wants to eliminate the capital gains tax entirely. If anything, Gingrich's tax plan favors the wealthy even more than Romney's.

Watching these two rich guys pose as friends of the struggling and unemployed is very difficult. The Florida polls are jumping around – Romney seems to be making a comeback -- and there's no way to predict what will happen next Tuesday, especially given the millions in negative advertising pouring into the state. But it's clear Romney has a huge problem with working- and middle-class Republicans: In all three contests, they rejected him, while the top 1 percent has voted overwhelmingly for him.  It's not his wealth, it's the way he made his wealth, it's his tax privileges, and it's also the way he talks. He said today he thinks he's worth "$200 and some odd" million. That's like saying you don't know how many houses you own. It's deadly.

Of course Gingrich is no populist, either. All he's got is anger and contempt for the president. He's flip-flopped almost as much as Romney, and as Justin Elliott explained today, one of his flip-flops brought him in line with his $10 million super PAC benefactor Sheldon Adelson. A pro-Israel hawk who once threatened to drop his support for AIPAC when it supported a peace proposal, Adelson must enjoy Gingrich's tough new stance on the Palestinians. As recently as 2005, the former House speaker referred respectfully to "their ancestral lands" and attacked right-wing Israelis for trying "to use security as an excuse to grab more Palestinian land." Now he calls the Palestinians an "invented people," and admitted to Ted Koppel that Adelson likes him because of his hawkish pro-Israel stance. From Freddie Mac to the healthcare industry to Adelson, Gingrich believes in whatever the highest bidder wants him to.

Here's my "Hardball" conversation with Tyler. Below that is a bonus clip, featuring a segment on "Politics Nation" with David Cay Johnston, the great investigative expert on taxes, talking about Romney's returns.