The choreography of daily life 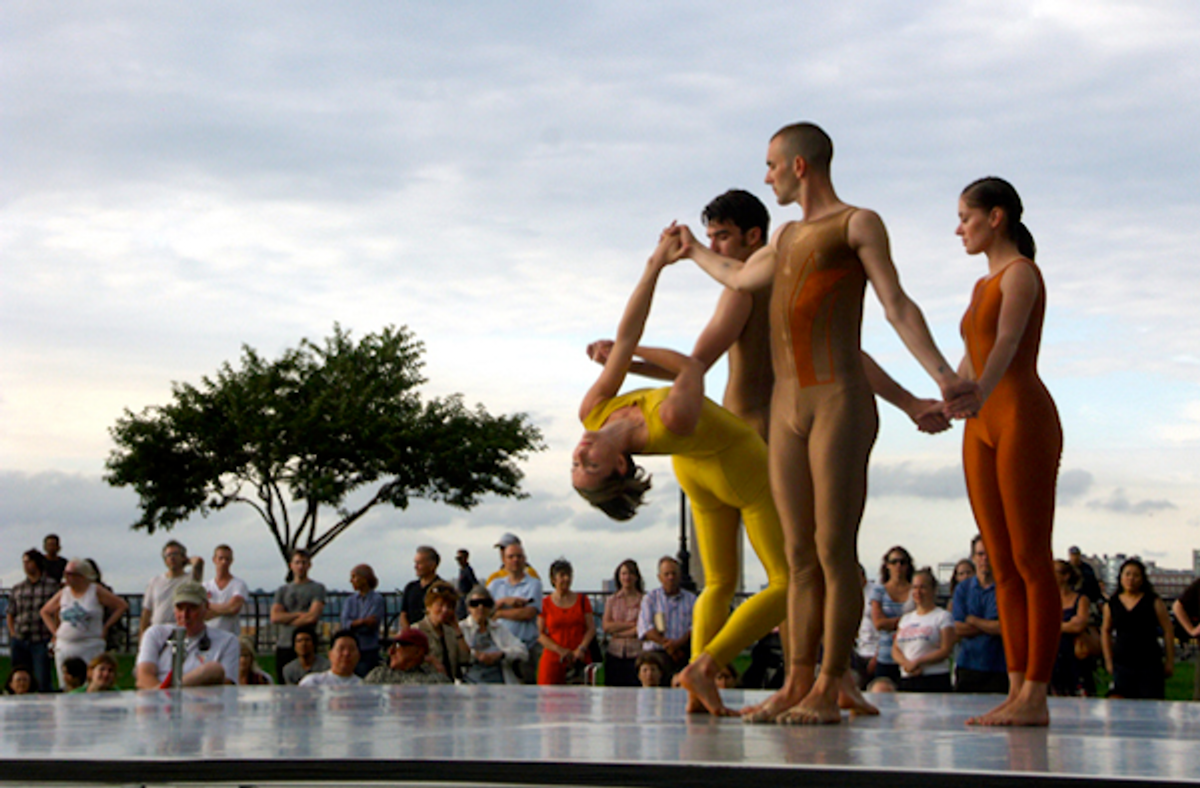 I spent much of the summer of 2009 locked away studying the visual language of dance notation among dancers and choreographers at the New York Public Library for the Performing Arts. Though an abandoned master's thesis topic, I loved being a guest in their world of taped toes and fingers, listening to headphones blaring classical music in preparation for barre routines. Through them, I returned to my love of the stage. A blank white page in graphic design has so much in common with an empty stage, waiting to be activated by performers.

I witnessed the dancers' first performance after Merce Cunningham's passing at 90 years old. It was an outdoor performance titled Event 2009 at the River to River Festival, which gathered spectators to Battery Park in Manhattan. It had rained all day. The skies parted late afternoon and sun streamed on the two outdoor stages facing each other, from which the dancers would travel back and forth, in close conversation with each other and the audience. The stages were simple raised platforms: the passersby walking their dogs became scenery and birds chirping became additions to the musicians' soundtrack.

Merce was a master at negotiating performer-audience relationships. Through the positions of the dancers and their nonverbal gestures and movements, Merce overcame traditional limitations of the stage. Traditionally, upstage areas are more distant from the audience and considered weaker, while downstage is considered more intimate. There was no area of the stage he believed hierarchically more important than any other. To him, the stage simply had four different fronts, remaining open on all sides. He sculpted the space, which ensured the dancers' bodies formed precise angles at varying heights, telling a slightly different visual tale to each audience member.

In his performances, he sometimes showcased pieces where his dancers would fall out of "character" intentionally, and the audience could see how they spoke, ate, drank, stretched and rested in the interim. Merce believed that every ordinary person completes a daily dance through their particular patterns of movement: a janitor mopping the floor through graceful arcs, a mailman making his daily rounds in repetition, or a toddler's imprecise lurches forward. Even as the dancers will no longer be dancing under his name (as of New Year's Eve), in their daily movements, they will be dancing in the choreography of daily life in the city.