Does Newt even realize what’s happening to him? 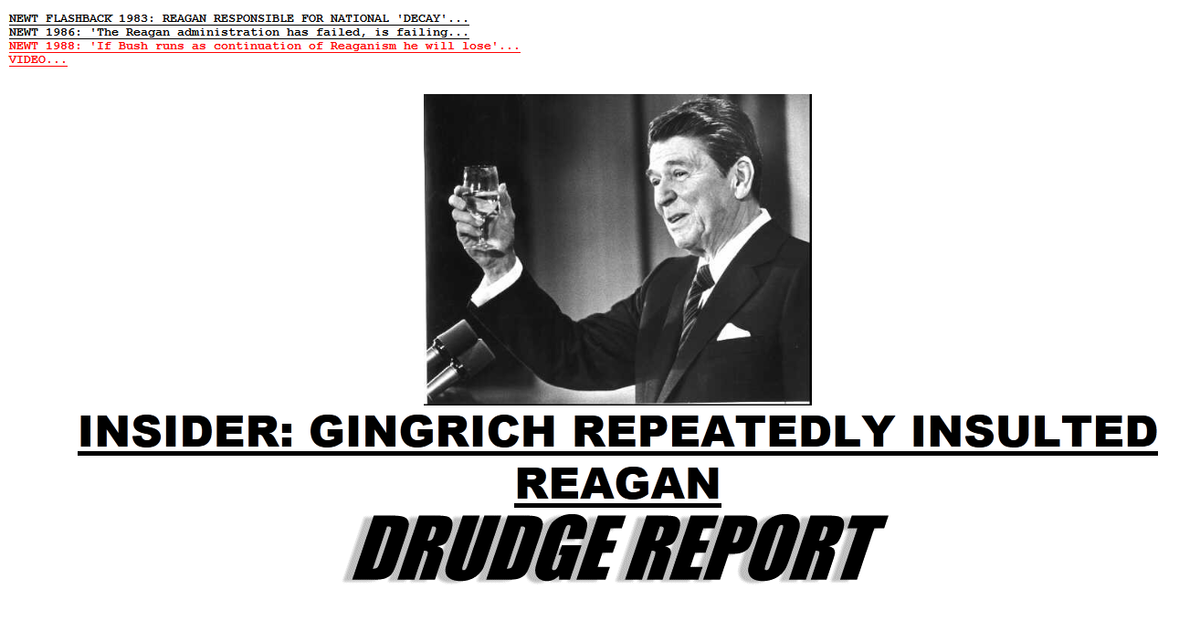 At the start of this week, Newt Gingrich was threatening to open up a wide lead and run away with the Florida primary. But multiple new polls now confirm that his surge has peaked and is probably receding, raising the possibility that he'll instead suffer a devastating defeat next Tuesday -- and that Mitt Romney will once again emerge as the presumptive Republican nominee.

Let's quickly review how we arrived at this moment. In early December, Gingrich stormed to giant leads in national and key early state polling and immediately declared that "it’s very hard not to look at the recent polls and think that the odds are very high I’m going to be the nominee." Then he attempted to segue into the role of above-the-fray front-runner, foreswearing negative campaigning (and apologizing when he slipped up), letting charges from Mitt Romney and his rivals go unanswered, and turning in a dull, unfocused performance in the final pre-Iowa debate.

While he was doing this, the Republican Party's opinion-shaping class woke up. Most of them remembered -- or even had firsthand experience with -- the erratic mismanagement, endless ethics controversies, needlessly inflammatory rhetorical provocations, and general poisoning of the GOP brand that accompanied Gingrich's run as speaker of the House in the 1990s. One by one, they used their platforms to tear into him. At the same time, Romney's friends at the Restore Our Future super PAC pumped millions into a vicious negative ad campaign aimed at undermining Gingrich in Iowa. The effect of all of this was to kill the Gingrich surge. His numbers plummeted in Iowa and elsewhere and by early January he looked done for.

At first, he seemed to learn from this. After his dismal Iowa finish, Gingrich junked his positive campaign pledge, began attacking Romney forcefully and personally, and smiled as a Newt-friendly super PAC did the same. And he did so with the GOP's opinion-shaping elites refraining from savaging him; thinking their work was done, they let up after Iowa. This put Gingrich in position to capitalize on the reluctance of conservative voters in South Carolina to hand Romney a nomination-sealing victory, and with two defiant, resentment-fueled debate performances he engineered a stunning landslide in last Saturday's primary -- a result that initially propelled him to a clear lead in Florida.

And that's where the deja vu comes in. With Gingrich once again threatening to win the nomination, the party's opinion-shaping elites have once again raised their voices in protest this week, amplifying a message that Romney, his campaign surrogates, and the pro-Mitt super PAC are all relentlessly pushing too. To understand what an elite GOP war on a candidate looks like, all you need to do is check out the Drudge Report, which has essentially reinvented itself  as a clearinghouse for the commentary and news stories most likely to sour the average conservative on Gingrich, each with a damning headline. Most Republican elites do not trust or like Gingrich and understand that his nomination would lead to serious general election trauma for the party. Gingrich is now being hit with at least the same level of intra-party heat that helped bring him down in December.

And so far, he's mainly managed to make his problems worse. Yes, this time he's not above taking shots at Romney, and his super PAC allies are punching back hard. But in the highest-profile campaign event of this week, Monday night's debate, Gingrich was basically a no-show -- just like he was in the final pre-Iowa debate last month. When Romney opened with a prosecutorial recitation of his most glaring political sins, Gingrich shrugged and said he didn't want to talk about it. When Romney persisted and dragged him into an extended colloquy over his lucrative work with Freddie Mac, Gingrich offered a reluctant and virtually incoherent defense, punctuated with a long, awkward pause. It didn't help that Gingrich didn't have a live audience to feed off (and a moderator to rally the crowd against), but it also seemed that he was -- just like in early December -- trying to strike a front-runner's pose. But instead of looking like a statesman, it seemed like Gingrich had been given a sedative.

It's impossible to say for sure, but it certainly seems like Gingrich's Florida momentum stalled that night -- that Republicans who'd been inspired by his South Carolina antics tuned in and didn't recognize the tired old man on the screen, just as they were surprised by Romney's sharp, punchy performance. And whatever doubts about Gingrich that performance raised among Republican voters have probably been  reinforced by the warnings they've been hearing since then from conservative opinion-shapers.

Gingrich seemed to realize he'd flubbed Monday's debate almost as soon as it ended. He's since threatened to make a scene at the next debate if the moderator discourages the live audience from making noise. That next debate is tonight, and it will be the final such event before next Tuesday's primary. When he takes the stage, there'll be an obvious danger for Gingrich in trying too hard to replicate his South Carolina magic. But the lesson of Monday night is that there's also a risk in not trying hard enough. The question is whether Gingrich has learned that lesson.