In defense of flip-flopping 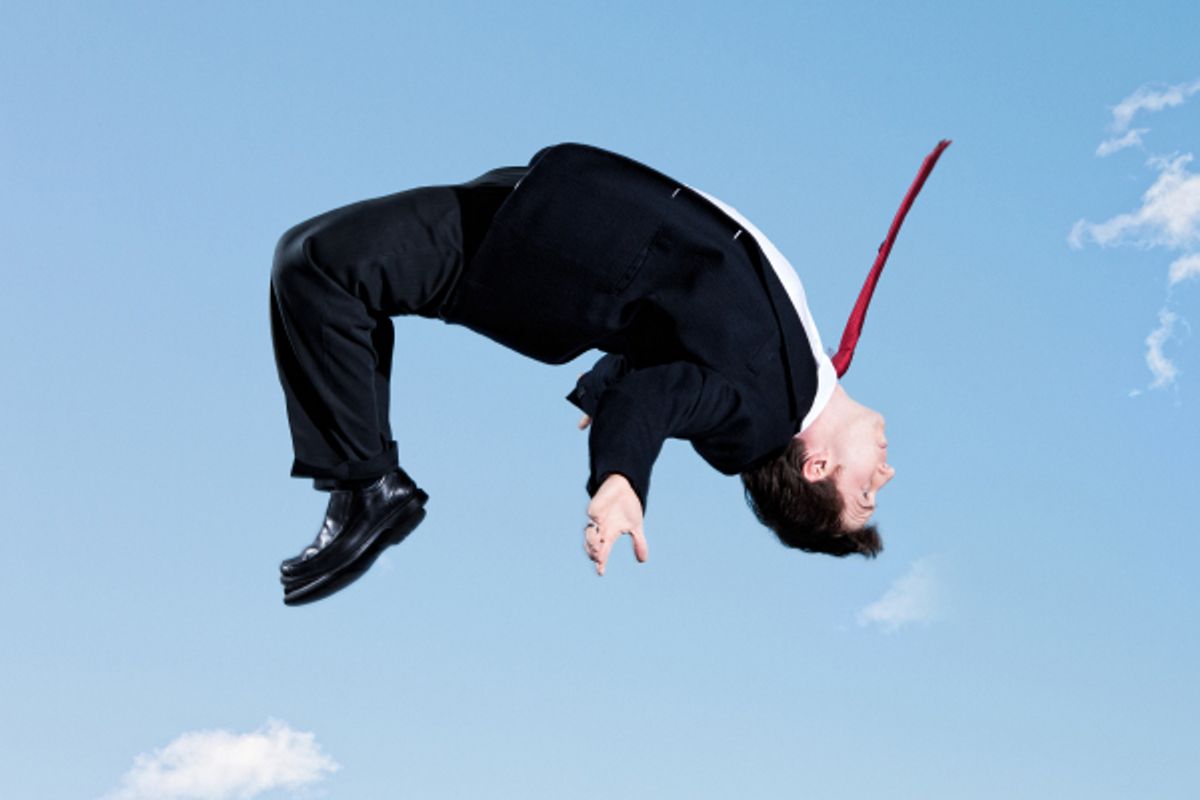 It's good for democracy (iStockphoto/jacomstephens)
--

“Flip-flopper” is the accusation du jour in American politics. Critics attack President Obama for flip-flopping on the Patriot Act,  Guantanamo and a single-payer healthcare system. Mitt Romney is bludgeoned for his changing positions on healthcare, abortion, immigration and gay rights. In these attacks, the failure of leaders to stick to their proverbial guns is cast as a symbol of America’s cultural and political decline, raising calls for third-party candidates boasting ideological purity.

This is wrong. Flip-flopping is not a vice but a virtue. It embodies the very genius of the American political system. It helps explain how America could evolve from a backwater colony to a global superpower and why it is highly unlikely that a successful third party will emerge.

To see why too much principle makes bad politics we must look at a principle of physics – yes, physics. Called the constructal law, it holds that all design in nature – picture the tree-like shape of river basins, lightning bolts and our circulatory system – emerges to facilitate the flow of currents (in these examples of water, electricity and blood).

Politics is also a flow system with multiple currents, including ideas, infrastructure, money and supporters. As river basins move water through a network of rivulets, brooks, streams and rivers like the Mississippi, political currents flow through actual channels.  Politics, after all, is another name for the movement of ideas and other currents from here to there. All require paths to move. All must overcome various forms of resistance that dot the landscape, whether it’s hard ground or opposing parties.

National politics, then, is a tapestry of flows that sweep the land, leading to and coming from a decision-making point, in Washington, D.C. Just like the Mississippi River basin, the political flow has a tree-shaped configuration: The country is the tree canopy, and the trunk is rooted in the capital.

This explains why it is so hard for third parties to take root. Channels need time, work and resources to form. Rome was not built in a day, and neither was the Nile. Over time, these channels become entrenched, as they improve their capacity to move more current more easily.

The Democratic Party (founded in the 1790s) and the Republican Party (founded in 1854) have had a long time to generate good designs. Short of a cataclysmic event that reshapes the political landscape, such as the wrenching divide over slavery that gave birth to the Republicans, it is extremely difficult for upstarts to compete with these entrenched parties.

But this is only part of the story. Flip-flopping covers much of the rest. Or, to put it in physics term, the genius of our two-party system is its freedom to change. Just as river basins configure and reconfigure themselves to flow more easily, our major parties adapt to the evolving needs and desires of the American people.

No one would confuse the Democratic Party led by Thomas Jefferson, with its embrace of slavery and celebration of the yeoman farmer, with the party led by Barack Obama. Republicans extol Lincoln and Teddy Roosevelt as iconic figures, but few of today’s GOP faithful would support their push for activist government.

The two parties have persisted because they have offered new ideas when the older ones no longer flowed.

Similarly, a key to Romney and Obama’s success is their ability to adapt their message to a changing electorate, without appearing to lack all integrity. Take healthcare, where both men are being accused of flip-flopping. In reality, they reconfigured their views to overcome resistance that threatened to block the flow of their ideas. Both men vowed to reform healthcare when they took office – Romney as governor of Massachusetts, Obama as president. Romney, as leader of one of the most progressive states in the country, offered a plan that he felt would improve the delivery of care and move through his legislature. (He’s also noted that many of the bills he signed and the judges he appointed reflected the state’s political realities.)

Obama, recognizing that he was no longer addressing Hyde Park liberals, ditched the single-payer concept he had long endorsed in favor of a plan that could overcome the resistance for a House filled with antagonistic Republicans and Blue Dog Democrats. This is why both men describe their plans as imperfect, and as the best they could have hoped to accomplish.

Romney, adapting to a different electorate as he runs for president, is reconfiguring his plan once more.

One could offer a similar analysis for most every politician on a host of issues. Practically speaking, those who accuse politicians of flip-flopping focus on the idea they want to flow but ignore the resistance it must overcome.Compromise and tradeoff are two other names for the process of finding ways to change the design to maintain flow when ideas encounter bottlenecks and resistance. This is the physics of politics. So the next time folks accuse your favorite candidate of flip-flopping, thank them for the compliment. The ability to change is a virtue.

Adrian Bejan, J.A. Jones Distinguished Professor of Mechanical Engineering at Duke University, and J. Peder Zane, Assistant Professor Journalism at St. Augustine’s College, are the authors of “Design in Nature: How the Constructal Law Governs Evolution in Biology, Physics, Technology, and Social Organization,” which Doubleday is publishing this month.