Too many debates spoil the party 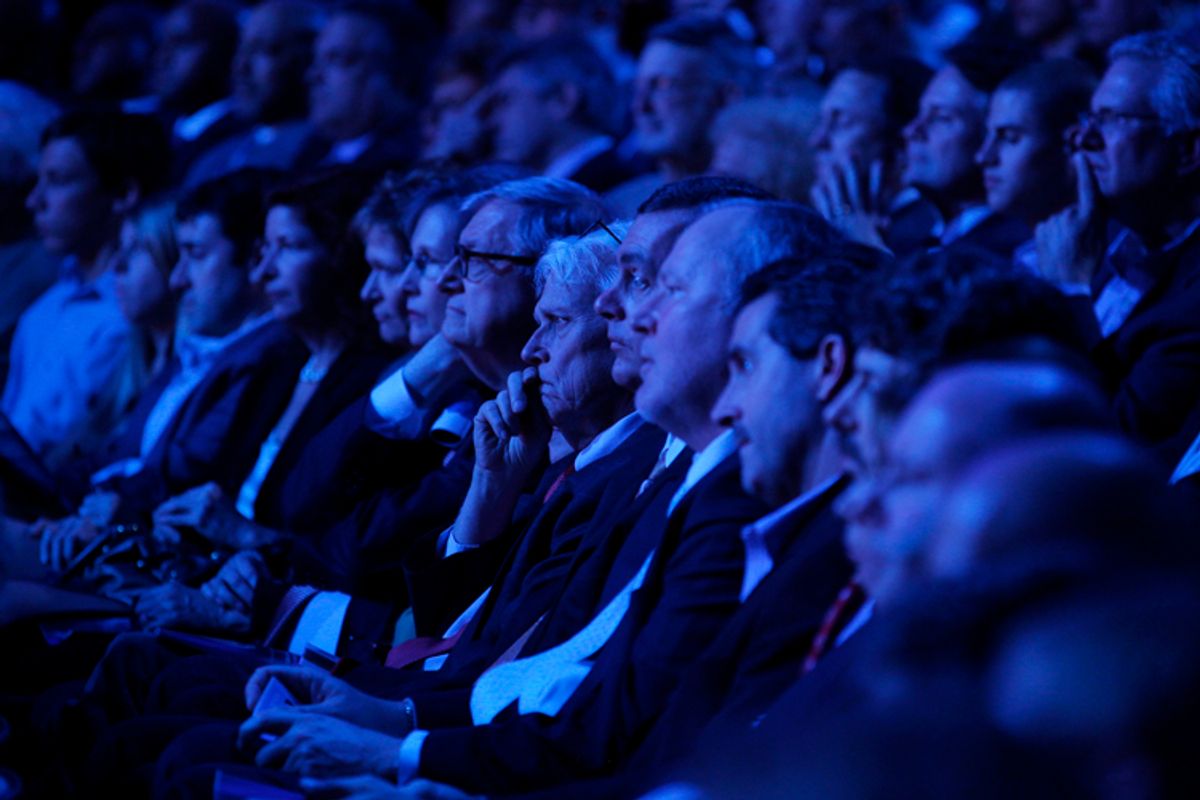 Debates. Lots of debates. Enormous numbers of debates. Debate-o-rama, debate-ilicious. And another one coming Thursday!

Yes, there have been plenty of debates this year, enough that we’ve heard calls to eliminate some of them next time around. For the cable networks, the debates provide high-profile programming; for candidates, especially those without large war chests, they provide free exposure. But what, if anything, do they do for the political parties?

In the old days, when key party bosses bargained with each other to determine the nominee, a lot of vetting happened via word of mouth. It was, even into the 1940s, a much smaller and often more hierarchical (at least within states and cities) political world, and the various state party leaders could form relationships with each other and trust that those who had worked with the candidates would tell other party leaders what they needed to know. Of course, that was mainly about how candidates would behave if they were elected.

For electoral appeal, party leaders used the handful of primaries that were contested once they were introduced early in the 20th century. So, for example, John F. Kennedy entered the West Virginia primary in 1960 to show that a Catholic could win in the South.

The old word-of-mouth method of gathering information, which probably was always a lot less effective than its practitioners believed, broke down when the relevant number of party actors exploded. Nowadays, there are hundreds, and maybe thousands, of unbossed party actors who make their own decisions about candidates. But where can they learn about them? By the 1970s, the job of vetting was largely turned over to the working press, which does it by attempting to expose various potential scandals that lurk in the candidates’ backgrounds. While no party wants a White House scandal on its hands, the aversion of the press to governing and public policy meant that critical questions about those things regularly went unanswered.

Thus, debates. Debates are, on the surface, at least, a relatively efficient means of gathering information about the candidates. Do they seem to be well-versed in the issues? Do they appear to be intelligent? Are their issue positions deeply held enough that they can know how to answer various questions? That last one can be tricky. For example, more than one Republican candidate with a perfect voting record and an ability to memorize the correct right-to-life talking points has been tripped up on an abortion question that forces them to actually talk about it as a part of life instead of a political issue, while other candidates clearly understand and really believe the rhetoric they use. An activist in Florida, a campaign consultant or congressional staffer in Washington, or a party official in South Carolina may not have an opportunity to meet with the candidates personally, or even to speak with someone who has. The debates are, at least to some extent, a substitute for that.

They appear to also be a test of the various contenders’ strengths as campaigners. Of course, the primaries do that, too, but it at least appears that party leaders are using debate “wins” as indicators of overall potential for drawing votes. After all, Herman Cain’s whole path to his brief popularity began with a strongly reviewed performance at the very first debate, many months ago.

The problem is that using the debates for vetting is hardly safe. Party actors might not have access to word of mouth, and may not receive useful signals from (or simply not trust) the press, but debates aren’t much of a solution. We all “learned” from the debates this year that Rick Perry is a moron – but is that really true? What appears obvious from brief episodes of reality TV, we know, doesn’t always turn out to be the case. Even things that seem fairly obvious – that Newt Gingrich is great at TV debates – turns out to be an artifact of live audiences.

The consequences? Republicans this cycle had three candidates who made it as far as the televised debates who were plausible nominees because they held mainstream conservative views on public policy and had conventional credentials: Mitt Romney, Rick Perry and Tim Pawlenty. The latter two were rapidly eliminated, at least in part because party actors turned against them after mediocre or worse debate performances. Were they correct? If Mitt Romney turns out to be a poor general election candidate or, should he be elected, an unreliably conservative president, those party actors may very much regret that they turned to the debates for vetting. If they are foolish enough to give Newt Gingrich the nomination because he proved to be a better debater than Romney, they'll regret it even more.