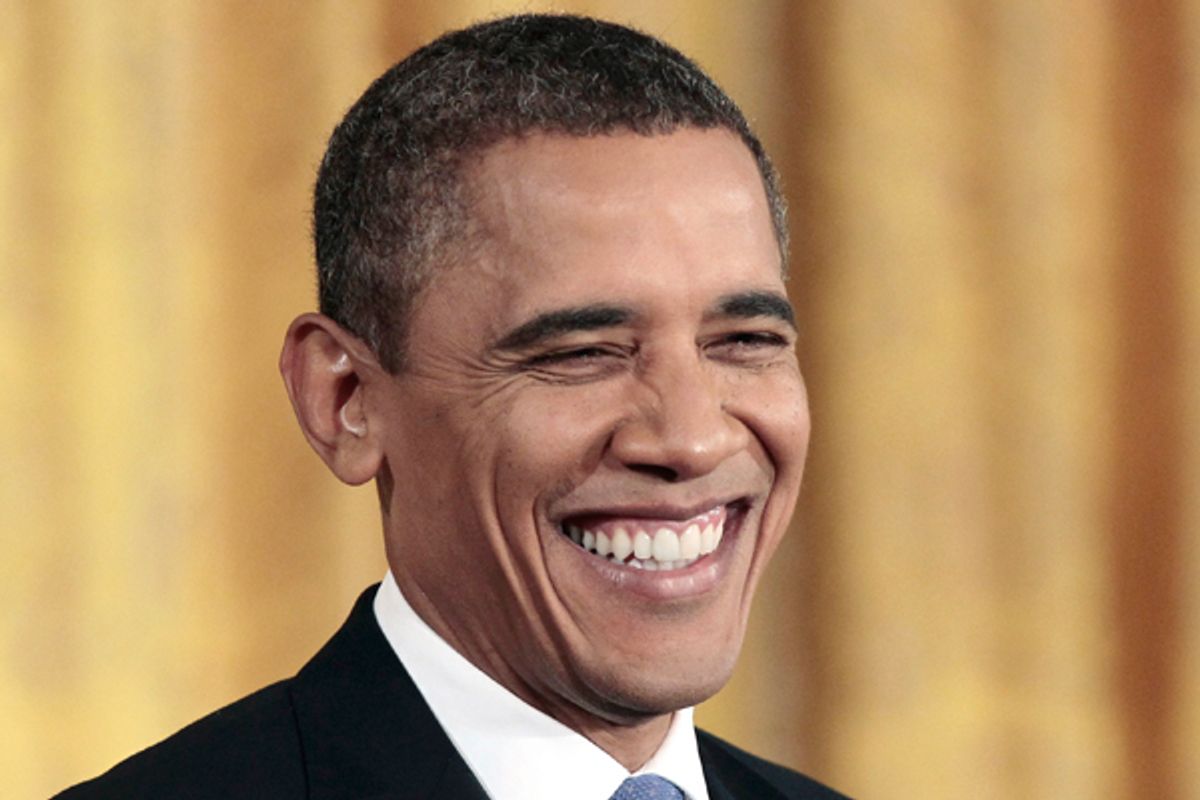 The consensus view of President Obama’s State of the Union address is that it was a "populist pitch" that sought to, as the Wall Street Journal reported, “tap widespread anti-Wall Street sentiment and voter anger about economic disparity without scaring independents.”

That take on the Obama reelection campaign strategy is in line with what we’ve been hearing for months out of the White House, which previewed the concept to the Washington Post as early as October, just as the Occupy movement was getting underway.

The tension or perhaps contradiction with this strategy is that, as I’ve been documenting, this administration and the Democratic Party are not fundamentally anti-Wall Street institutions. They have deep ties to the financial services industry.

Aspects of that relationship that have surfaced recently include: Obama’s hiring as a top campaign aide of Broderick Johnson, who had been pursuing a lucrative career lobbying for the big banks; the fact that executives of Bain Capital have contributed generously to Democratic campaigns in recent years; and so on.

The latest interesting data point emerged this week in the form of an analysis of the bundlers to Obama’s campaign and the Democratic National Committee performed by the Center for Responsive Politics (CRP). The campaign, to its credit, voluntarily released the names of people who have bundled – in other words raised money from their social and professional circles and sent it to the campaign in one large chunk -- more than $50,000.

There were just 357 of these elite bundlers in the second and third quarters of 2011. And the second most represented industry after law was the securities and investment industry, according to the CRP analysis.

The 62 bundlers who work in that industry have raised at least $9.4 million for Obama and the DNC. That “at least” is significant because the Obama campaign specifies only a dollar range in its disclosures, with the top category being “$500,000+.” So the real aggregate figure may be considerably higher.

Among these bundlers are employees of big-name firms including Goldman Sachs, Morgan Stanley, Barclays and Citigroup.

It’s worth emphasizing that for all the talk about grass-roots fundraising by the Obama campaign, the bundlers are a major part of the effort. The data released so far shows that at least one-third of all the money raised was sent in by a bundler, according to CRP.

The strong support for Obama from the financial services industries is not new. In 2008, employees of Goldman Sachs contributed more to Obama than employees of any other company.

None of this is to say that all of these bundlers are helping Obama exclusively out of self-interest – say, to protect their industries (or tax advantages) from tightened regulation. But it certainly prompts the question: If Obama wins a second term with these donors in his corner, how robustly will he follow through on his populist rhetoric?

A list of all the bundlers, by the way, can be found here.