How Yelp destroyed the thrill of exploring 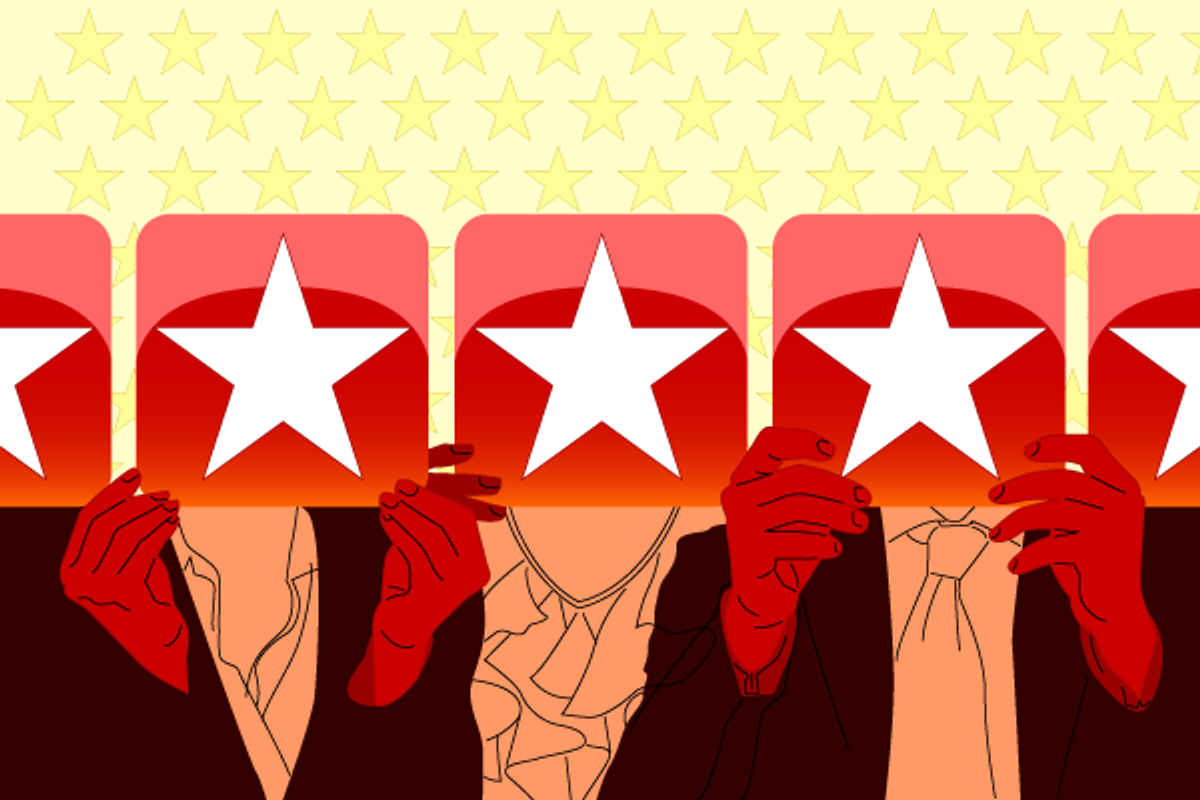 What's the best thing in your city?

Which mani-pedi place represents the pinnacle of nail care according to the aggregated opinions of hundreds of people ranking all the mani-pedi places on a scale of one to five?

Thanks to online tools like Yelp, you can now know the answer to questions like that. These crowdsourcing tools have transformed the way we experience cities, often for the better -- they help us streamline our lives and avoid wasting time with subpar businesses. It's now easier than ever to avoid bad meals and dingy hotel rooms. Jeff Howe, author of "Crowdsourcing," sums it up nicely: "I'm a guy with three jobs and the parent of nettlesome little children," he says. "I don't really have time for a lot of bad experiences."

But for all Yelp's virtues, pre-screening every experience can inhibit us, too. These days, many of us wouldn't think of trying a new hairstylist or hotel without first checking others' impressions online. "There's something about Yelp that creates hesitancy," says Howe. "Before going to a trivia night at an East Village bar I check out the bar's Yelp page to see what others have said about it, what it looks like, what types of people go there -- what I'm essentially looking for is, does this look like me? Do people like me go here?"

I know exactly what he means. I pre-screen everything these days. Usually I'm trying to avoid feeling awkward -- I've ended up at too many bars where I'm the only patron who remembers life before cable. Last year I decided not to attend the annual Time's Up! "Fountain Ride" after a YouTube video of one of the past rides convinced me I'd feel insufficiently artsy.

But am I dodging uncomfortable situations, or missing out on great ones? "The efficiency that the Web has brought has downsides," says Edward Tenner, a historian of technology and culture. "On balance, it works against happy accidents." Tenner calls this counter-serendipity: when preconceived notions prevent lucky flukes. For instance, a poorly rated restaurant on Yelp might have a few die-hard fans -- outliers who, for whatever reason, love the place. Their reviews might even be posted. But many of us go with the general consensus, writing off anywhere with a three-star ranking or less. "Is it possible that a place you really would have liked doesn't have many positive comments, but you would have been one of the few positive ones?" asks Tenner.

Even if the ranking doesn't deter us, by the time we do go to the club or the restaurant, we've sometimes seen so much of the place online that we've basically pre-experienced it. Having online access to so many venues might make us more adventurous in one sense, prompting us to try things we never would have tried or even have known about. But in another sense, it becomes a less-adventurous adventure, certified for us by hundreds of others who've already checked it out, assured us we'll like it, testified to its quality, cleanliness and safety.

This isn't the same, by the way, as choosing a restaurant based on a review in the paper. Now everything is reviewed -- every bar, every corner store -- everywhere, all the time. And if Yelp's popularity is any indication (the site posted its 20 millionth review last July) our need to check these reviews before doing anything is becoming a borderline addiction. When you can no longer have a drink at a bar that wasn't first vetted by 83 strangers, spontaneity -- which, in some ways, is one of the best things about life in the city -- is lost.

An example: A trip to Ben's Chili Bowl in D.C. is preceded by a scan of its 1,400 Yelp reviews, from which you'll learn some useful information: be prepared for a wait, there are vegetarian options. But you'll also learn that if you sit at the counter you can chat with the cooks if it's slow, that the TVs play footage of Barack Obama's visit, and that the crowd swells with concertgoers whenever a show at the nearby 9:30 Club ends. Supplementing these descriptions are 431 photos of the space, the food, the cooks, the servers. No unanticipated curve balls await you. The scene has been thoroughly canvassed in advance.

Ben's is an institution that survived the riots of the '60s to become a D.C. landmark. On Yelp, it's just another a three-and-a-half-star chili-dog joint. And in some ways, this is one of Yelp's greatest services: providing a reality check for legendary places hawking average products at insane prices. (Canter's Deli and the Russian Tea Room also get this treatment.) In fact, in a lot of ways, Yelp is a godsend for good businesses -- it's a meritocratic rating system that rewards quality service with a relative lack of bias.

But quantifying every service and product with a one-through-five ranking can also discourage innovation. One study showed that an extra star on Yelp can boost a business's revenues by 9 percent. When your cumulative score is worth that much, doing something unorthodox that some people won't like isn't necessarily in your best interest. Economists call this the high-level equilibrium trap. Innovating can sometimes mean a brief period of declining quality as you struggle to smooth out the kinks -- not such a big deal when you're only being written about by a professional critic every few years, but a very big risk when you're being reviewed by your customers on an almost daily basis and those reviews will drastically affect your bottom line.

Even just getting a good score isn't enough -- you need lots of them. "I'm looking for volume," says Howe, describing how he uses Yelp to find things in the city. "I need at least 35 or 40 reviews. If there are 40 reviews and 4.85 stars, I know that's going to be good" -- a tactic that ends any promise of finding an undiscovered gem.

"And to actually choose ... and then to stop looking is to limit your experience of the Internet," writes cultural critic Lee Siegel in his Internet-skeptical book, "Against the Machine." Siegel's talking about the experience of buying watches online in that excerpt. But you could replace the word "Internet" with the word "city," and the theory would hold up. Today, even a word-of-mouth recommendation can feel insufficient. We want to cross-check it with others' opinions online, and search for additional options that we might like better. Life in the city is (somewhat embarrassingly) often about consumer choices. Crowdsourcing is supposed to make those choices more manageable, but somehow it also makes them feel relentless.

Too many choices. That's the first-world urban problem we face. Yelp was created to deal with this problem. And like so much technology, there's nothing wrong with it. Until we become reliant on it. Then, like Google Maps, we feel lost without it. And suddenly, making the trip to the far-flung neighborhood to check out that Turkish bath or Congolese cafe, having only a vague sense of what it will look and feel like, knowing only what we heard from a friend or read in a blurb in the local alt-weekly -- this type of experience becomes a little too unnerving, something we'd better first check out online, just to see.