In a TV first, the Fox drama introduces asexual characters -- only to blame their identity on a medical condition 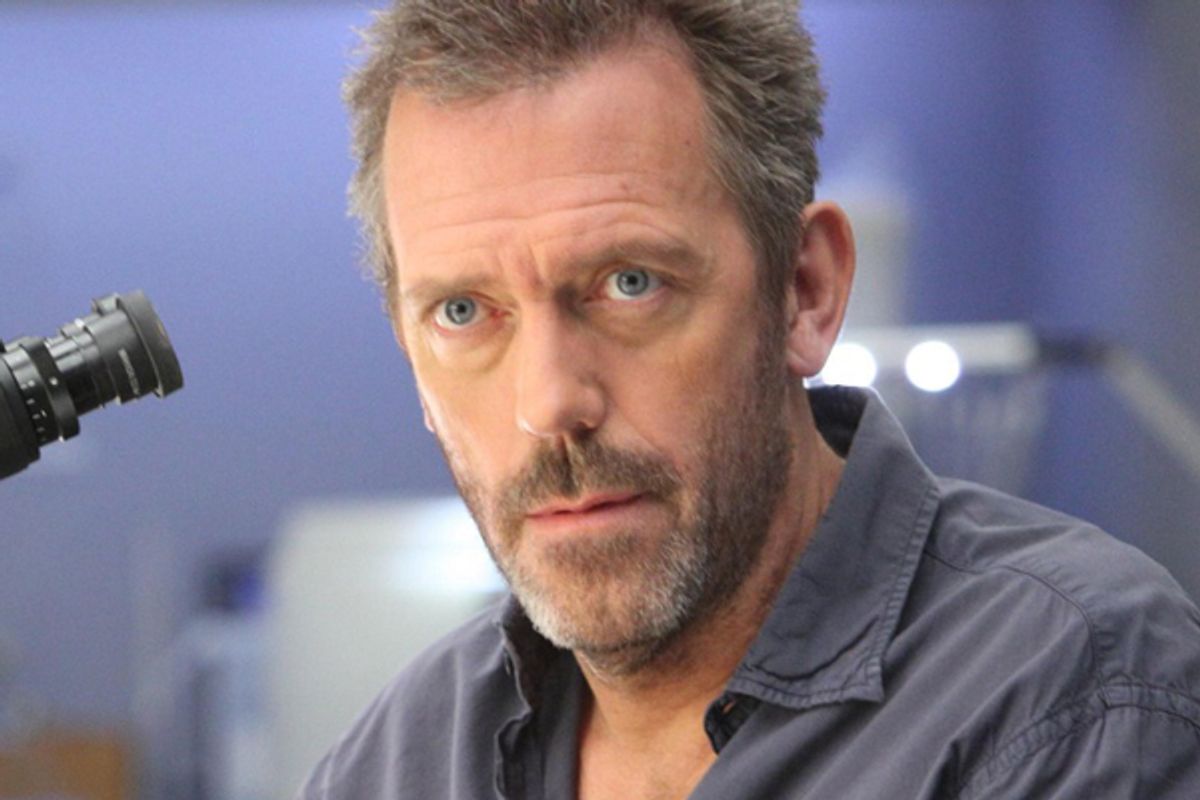 That’s because the episode ends -- spoiler alert! -- with the revelation that the characters aren’t asexual after all.

When the show’s cantankerous lead, Dr. Gregory House, learns that his colleague has a female patient who identifies as asexual, and is married to an “asexual” man, he bets him $100 that he can find “a medical reason why she doesn’t want to have sex.” Through his signature unethical approach, House manages to run some tests on the husband under the guise of administering a flu shot. He finds that the man has a pituitary tumor that's killing his sex drive. Then comes the ultimate reveal: The wife -- or “giant pool of algae,” as House calls her -- is just pretending to be asexual to make her husband happy.

David Jay, founder of the Asexual Visibility and Education Network (AVEN), tells me the show's treatment was "disturbing but not unexpected." Not only does the episode assert "that asexuality is problematic and pathological," he says, but it also tells people who actually accept asexuality as a valid sexual orientation -- an acceptance Jay has long fought for -- that "they're wrong."

OK, so it's a popular network TV show, and a medical-mystery drama at that: The bar for nuance and sensitivity is set pretty low. It's also medically possible for a pituitary tumor to cause a lack of sexual desire -- but it certainly isn't the norm among the 1 percent of the population estimated to be asexual. (Although, asexuality as a whole is underresearched and poorly understood.)

The petition, which urges Fox execs to reconsider future portrayals of asexuals, argues, "The episode encourages viewers to meet asexuality with skepticism rather than acceptance, to probe asexual people for causes of our 'condition' rather than to accept us as a part of the natural spectrum of human sexual diversity."

Asexuals hardly need to be investigated by "sexuals," says Jay. “If someone identifies as asexual, chances are they’ve already done a lot of deep self-reflection and analysis to come to that,” and that can include the possibility of a pituitary tumor, a hormonal imbalance or past sexual trauma. “There's such a strong message that there’s something wrong with you if you don’t like sex, it’s very hard for people to accept this about themselves,” he says. “It’s hard to be on that journey in an honest way and to be avoiding something. [Asexuality’s] not an easy out.” It’s not like “you identify as asexual and then you’re done trying to understand yourself,” Jay explains.

As for the wife on “House” who faked her asexuality to please her husband? Jay’s not buying that either. He has several asexual friends who have been in relationships with sexual people for years; and each couple finds a way to make it work, whether it's non-monogamy or negotiating sexual interaction within the relationship -- kinda like in relationships between sexuals! Believe it or not, he says, such arrangements are not uncommon in the asexual community, and he says they work "because of really good, honest communication," not because one partner is lying to the other. But that does make for better TV.