A "stupid" test shows that the Puritan ethic lives on. Why do we insist on learning lessons from the books we read? 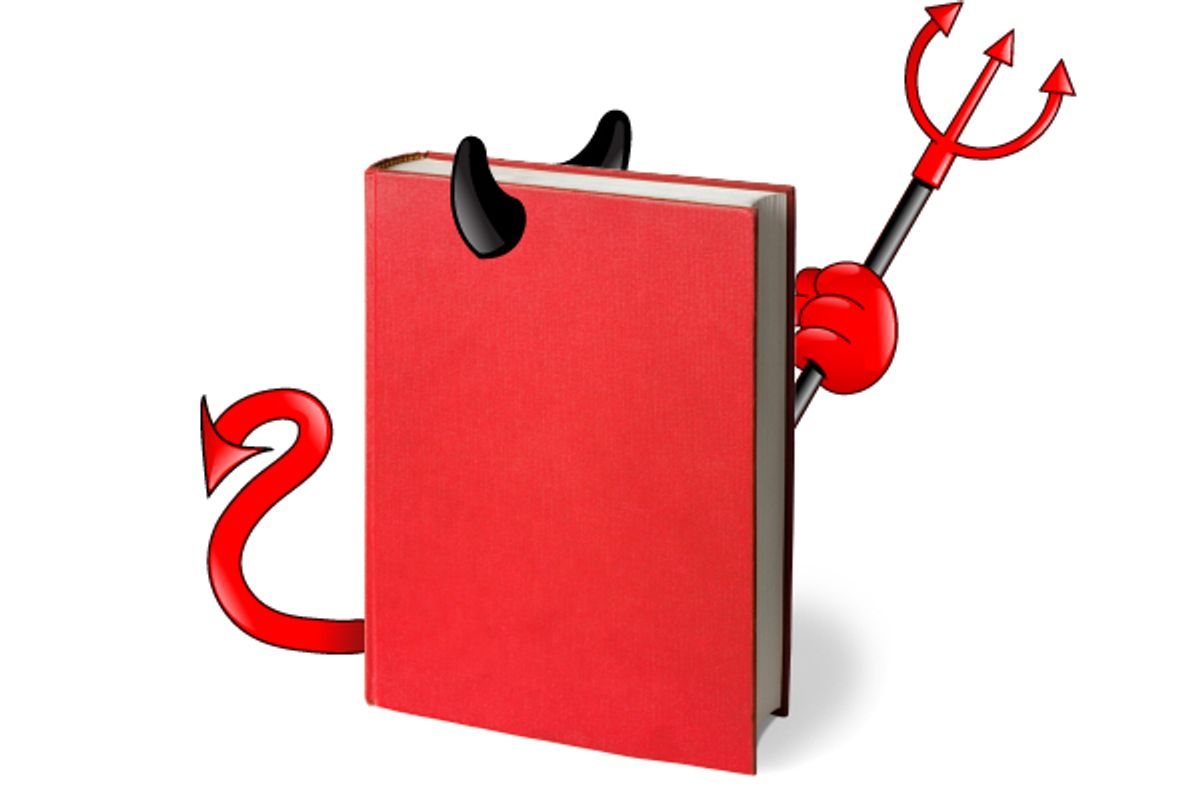 What is the purpose of reading stories, especially made-up stories? That's the question lurking behind a recent posting to the New York Times' education blog, SchoolBook. Ann Stone and Jeff Nichols, the parents of twins, wrote about taking their kids' third-grade English Language Arts test with some friends as a party game on New Year's Eve. The group read an inane little story about tiger cubs learning to tear bark off logs, but, to their surprise, couldn't agree on a single answer to the multiple choice question that followed: "What is this story mostly about?"

Tests like this, the couple asserts, do students "a double disservice: first, by inflicting on them such mediocre literature, and second, by training them to read not for pleasure but to discover a predetermined answer to a (let’s not mince words) stupid question." The problem, they feel, stems from the standardized testing regime, which forces the learning experience into a too-rigid structure. Even a "banal" story like this tiger-cub number admits "multiple interpretations," and the prod to "reduce the work to a single idea" does a disservice to both reader and text.

I'm sure Stone and Nichols are right that the current, reductive obsession with standardized testing has made this propensity worse, but discomfort with fiction -- with all its slippery, non-utilitarian qualities -- goes back to the beginning of American culture. As the historian Gillian Avery observed in her "Behold the Child: American Children and Their Books, 1621-1922," 17th-century Puritans had big doubts about any kind of non-scriptural storytelling, for adults as well as for children. They were as determined to teach their kids to read as any modern helicopter parent, if for other reasons: For Puritans, reading the Bible was essential to getting into heaven, rather than into Harvard (though to hear some people talk today, you wouldn't think there was much of a difference).

As the Puritans saw it, writes Avery, fiction might "deflect the reader from more profitable occupation" and was furthermore "untrue, therefore a lie." It belonged to a category of falsehood known as the "sporting lie," whose purpose was neither white nor black, but something too troublingly colorful: "to make one merry or to pass away Precious Time," as one Boston schoolmaster put it.

If you think we've gotten past this starchy point of view, guess again. Today's parents may anxiously urge their kids to read novels like "Charlotte's Web" or "Fahrenheit 451," but any desire to make their offspring merry is far overshadowed by the belief that reading is essential to getting ahead in life. You have to be a "good reader" to get good grades and you need good grades to get into Harvard (or wherever) and you need that prestigious degree to get a good job. The Protestant work ethic has not so much forgiven reading fiction for passing away Precious Time as it has swallowed it whole. Reading books has become a kind of work, at least for children.

In adults, the old Puritan attitude leads us to treat fiction as the delivery mechanism for instructional or inspirational messages. Whenever a novel's merits are described in terms of the "life lessons" that it "teaches," you can detect that old uneasiness over the "sporting lie" being appeased. In movies and television, literature class discussions almost always consist of students earnestly announcing that what Fitzgerald (or Hemingway or Shakespeare) is really saying is that you should follow your heart (or face your fears or be true to yourself -- pick your empty nostrum). If you've ever turned on the option that lets you see other readers' highlights in a Kindle book, you'll find that they almost always underline similar mottos, such as this line from Abraham Verghese's "Cutting for Stone": "The key to your happiness is to own your slippers, own who you are, own how you look, own your family, own the talents you have, and own the ones you don’t."

The weakness of this approach to fiction should be obvious: If what you really want is a set of fortifying maxims, why bother with stories about feckless romances or foolish kings? Why not just go straight to the self-help section -- the secular equivalent of the sermon -- as so many American readers already do?

Others (including, recently, the novelist Philip Roth) reject fiction entirely and turn to history or narrative nonfiction, explaining that, at the very least, they can be sure they're "learning something" from what they read. Learning can certainly be fun, but the implication is that acquiring facts about, say, the life of Cleopatra, has more value than following the story of an imaginary person like Elizabeth Bennet. The Precious Time thus passed away has something to show for itself, and the American mania for self-improvement has been appeased. Never mind that most of us will find little practical use for information on quantum mechanics, the military stratagems of World War II or the private lives of British aristocrats.

Ultimately, all of these attitudes -- and the standardized tests that Stone and Nichols complain about -- boil down to the belief that reading can only be the means to an end, whether that end is moral betterment or worldly success (two classic Puritan preoccupations). For some of us, however, reading is an end in itself, and what fiction has to offer isn't lessons but an experience, a revelation, a sudden expansion of the spirit. Like any art, it can teach or motivate, but it doesn't have to, and it's often better when it doesn't.