Mitt, the safety net is not a hammock

The foot-in-mouth Republican doesn't think the "very poor" need his concern. He should think again 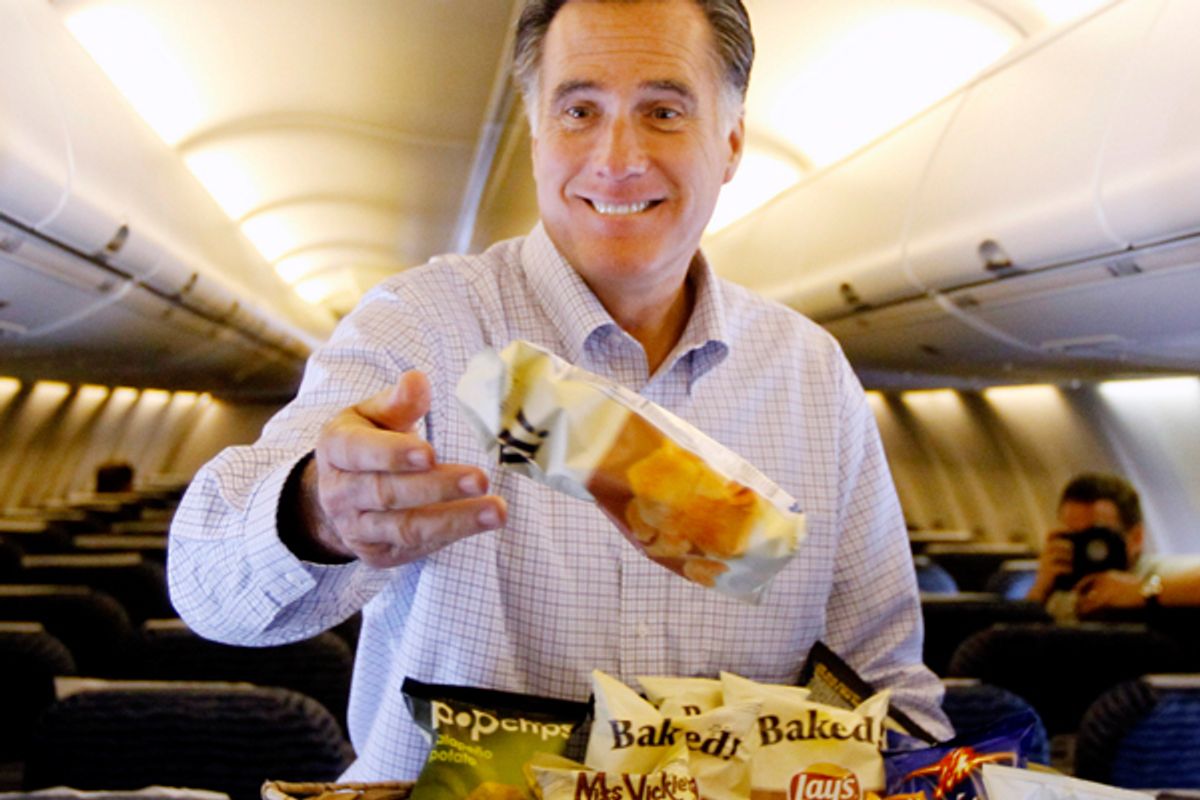 Politico's  John Harris tried very hard to give Mitt Romney the benefit of the doubt about his "I'm not concerned about the very poor" comment to CNN's Soledad O'Brian on MSNBC's "Hardball" today. I thought Harris was too generous, and I said so, but I'm also willing to accept the entire context of Romney's remarks: The very poor don't need help because they have a safety net; it's the middle class that's struggling in this country. Romney even promised he'd look at whether the safety net needs repair.

Well, not only will Romney not repair the safety net, he is likely to shred it further. Romney supports Paul Ryan's budget plan, which would cut funding for virtually all the federal programs that help the poor. In fact, Romney's own budget proposals would make even deeper cuts, according to the Center on Budget and Policy Priorities: "Governor Romney's budget proposals would require far deeper cuts in nondefense programs than the House-passed budget resolution authored by Budget Committee Chairman Paul Ryan: $94 billion to $219 billion deeper in 2016 and $303 billion to $819 billion deeper in 2021."

And Romney's tax plan raises taxes on the bottom 20 percent of families, while giving millionaires a $146,000 tax break.

As I said on "Hardball," Romney talked like the "safety net" was a hammock in which the poor lounge around while the rest of us work. In fact, most poor people work. The dirty secret of our economy, even in relatively good times, is that it's creating low-wage, low- or no-benefit jobs that don't pay enough to get a family out of poverty. Mr. 1 Percent made clear he doesn't know anything about the lives of the poor – or the middle class, for that matter; about anybody who has to worry about losing their job or their home. That's why his "gaffes" around the economy hurt him -- even when you explore the entire context of his remarks.

It was an interesting discussion. Here it is.