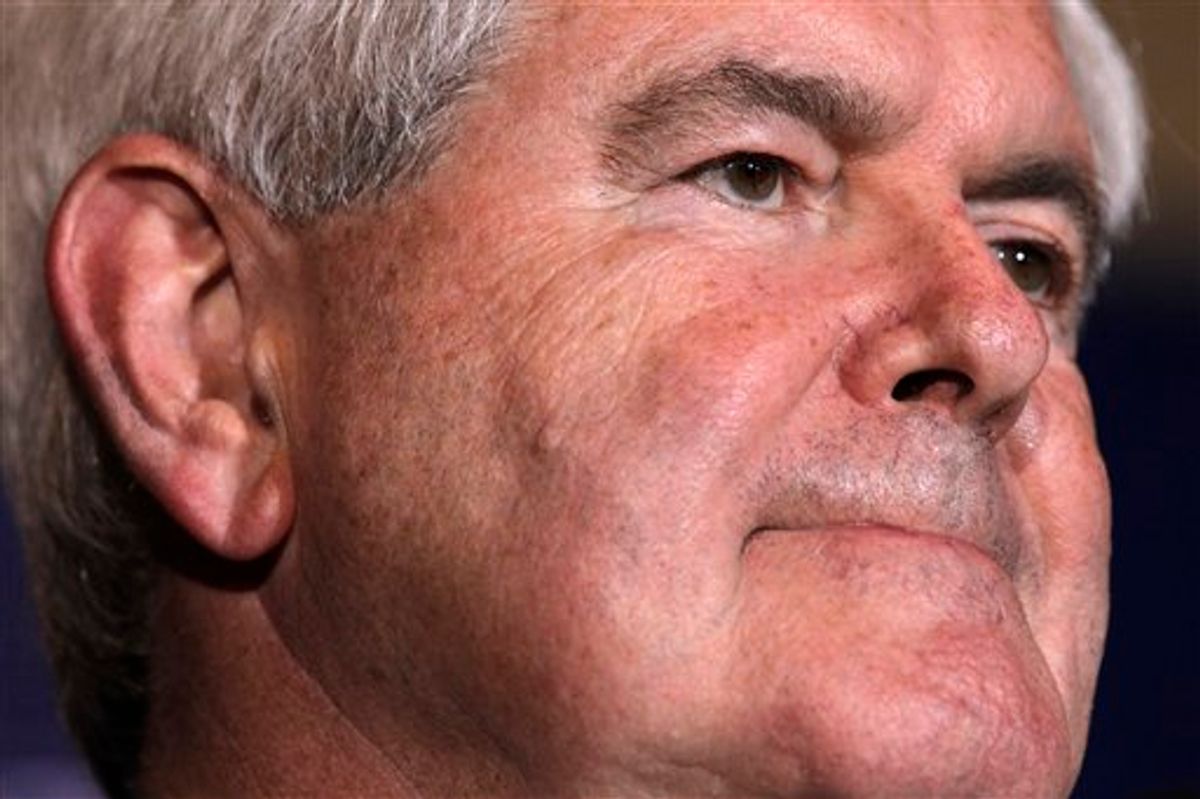 I'm supposed to be writing a piece for the morning making sense of the Florida primary, but I have to post this interview Rachel Maddow and Rev. Al Sharpton just did with Rick Tyler, Newt Gingrich's former communications director who now runs his Sheldon Adelson-funded super PAC. Normally he's pretty sedate on television, at least lately. Not Tuesday night.

Maddow asked Tyler about some of Gingrich's racially coded attacks on President Obama, and Tyler went off. He began by comparing the Republican and Democratic platforms of 1856 and finding the Democratic platform was racist, and that was about the last true thing he said. From claiming Democrats "abort [black] babies" to charging that African-Americans need the movie "Red Tails" because they don't have any positive role models, it was the GOP id unleashed. Watch at your peril.