Lana Del Rey and the new culture of failure 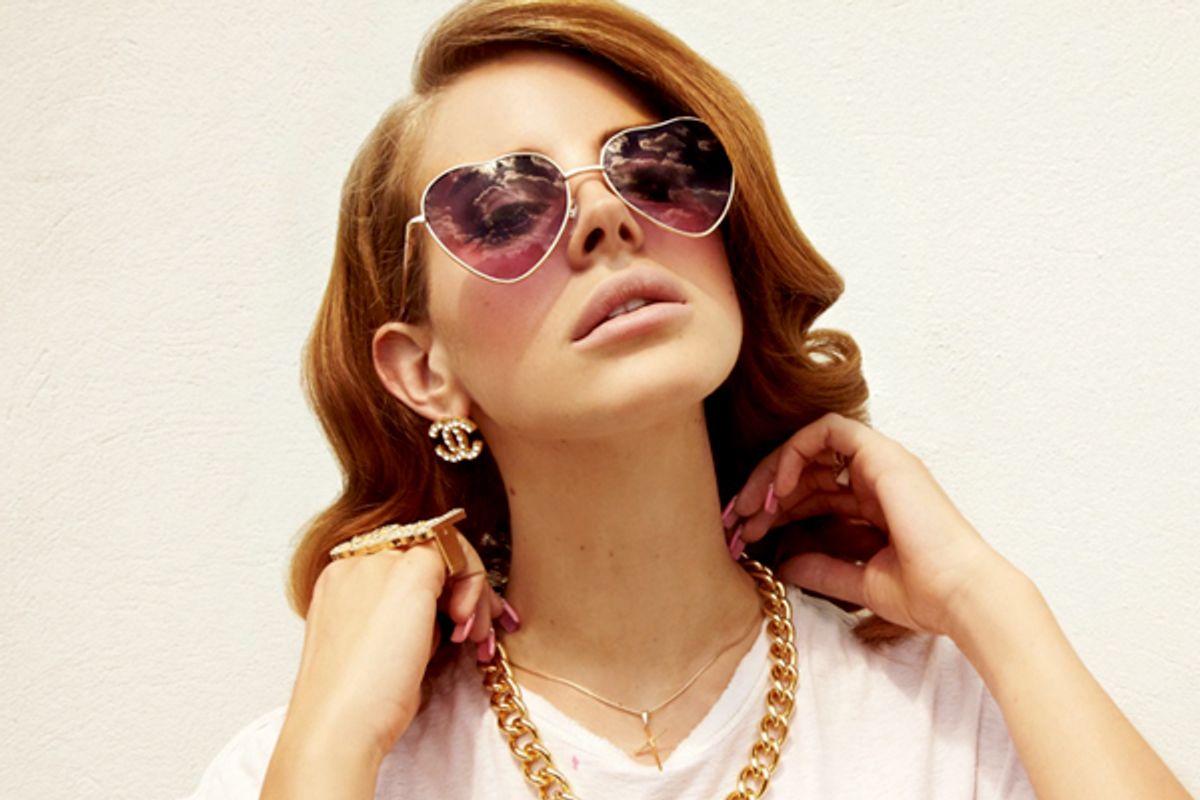 Aside from the basic facts about Lana Del Rey — the most pertinent being that Del Rey is the stage name of Lizzy Grant, formerly a promising folk-pop singer with a so-so album under her own name and a millionaire father bankrolling her career — music writers can't seem to agree on anything at all. She’s too fake or just fake enough. She’s too detached or just detached enough. She can’t sing or she’s a gifted singer. Some reviewers have called her new debut full-length, "Born to Die," “the album equivalent of a faked orgasm,” and others have deemed it “not just irritating but almost morally objectionable.” Others have praised “her preoccupation with Hollywood archetypes of American femininity” and called it “close to pop perfection.”

But thanks to the upstart pop star's disastrous performance on "Saturday Night Live" a few weeks ago, Del Rey inspired fountains of Internet ink dissecting her persona and the critical responses to her persona before most people even knew who she was -- let alone had a chance to gripe about hearing her songs all the time. She was Twitter famous -- Rebecca Black famous -- which these days is more famous than you get by releasing a hit album. Now that she has released a hit album, however, the response from critics and fans has been fascinating for what it reveals about the pop-culture machine -- as well as the idea of success in America.

Consensus seems to be forming that "Born to Die" is neither as bad as her detractors claim nor as great as her defenders argue. The album is occasionally compelling, but it’s rarely daring. It’s catchy, but more often strained. There are a few fine songs, but many more that stumble about awkwardly. Perhaps more telling, "Born to Die" is most interesting when it’s terrible. Critics are quoting clumsy lyrics about drinking top-shelf liquor and taking bodies downtown, and certainly there are cringe-worthy lines weighing down all these songs. But Del Rey is a risky songwriter, peppering her lyrics with concrete imagery and specific nouns, depicting her world in exacting detail. On “Off to the Races,” she paints an afternoon skinny-dipping as an all-American tableau: “White bikini off with my red nail polish / Watch me in the swimming pool, bright blue ripples.” It’s often evocative, immersing listeners in her private world, but too often the details seem off; lines about “Pabst Blue Ribbon … on ice” and “Jesus on the dashboard” break the spell and deposit you right back in the real world.

Some observers have detected a knowing wink in Del Rey’s performance, as though there’s an element of parody in a song like “National Anthem,” on which she hints she’s “blurring the line between real and the fake.” But that song is bad-movie bad, one of several tracks that drag down the second half of "Born to Die." Like "Manos: Hands of Fate" or "The Room," it confounds all critical faculties and almost dares you to read too much into it. As the song wanders from a perfunctory verse to a vacant chorus, it picks up lyrical detritus in its wake, the most famous being:

Money is the reason we exist

Everybody knows it, it’s a fact

Is this a Swiftian satire of pop culture in the "Real Housewives" era, or is Del Rey actually embracing a Randian view of existential capitalism? Does it even matter? A bad song is a bad song, no matter its intentions. Besides, even when she begs, “Tell me I’m your national anthem,” her expressionless vocals come across not as ironic, but sourly uninvested.

Neverthelesss, of this writing, it was No. 1 on the iTunes album chart, with the deluxe edition (featuring three additional tracks) at No. 2. That’s higher than Adele and Leonard Cohen, Kelly Clarkson and Coldplay. For an artist with more ups and downs in her short career than the Republican primary, that’s a fairly impressive feat, more or less assuring a decent showing when Billboard announces its definitive sales chart next week. That’s the rub for many observers: Del Rey has achieved a level of success that many feel she hasn’t earned yet.

But pop stars are rarely born; more often they’re made, whether via the popularity of a YouTube clip or the machinations of the musical-industrial complex. It’s not that Del Rey has been heralded and celebrated before she has had a chance to develop her talents and get some experience under her belt. Rather, it’s that Lizzy Grant has been heralded and celebrated before she’s had a chance to truly develop Lana Del Rey as a character. Back in August, she came across as fully formed on her debut single, “Video Games,” billing herself as a “gangsta Nancy Sinatra” and taking full advantage of the mystery that surrounds every new artist.

But that was three minutes; "Born to Die" is just under 50 minutes (the deluxe edition comes in closer to an hour), and Del Rey can’t command the audience’s attention for that length of time. There’s no consistency, no sustained point of view as she toggles between Sue Lyon in heart-shaped glasses and Tura Satana in ass-kicking boots. Her voice has some dramatic range, but at this point there doesn’t seem to be much internal logic to how she deploys it from one measure to the next. Of course, we’re not supposed to develop a fully formed impression of Lizzy Grant from "Born to Die," but we should come away from the album with some idea of who Lana Del Rey is.

Music, it would seem, is merely a means to an end for her, rather than an end in itself. These songs are tools by which Del Rey partitions out her idea of our collective consciousness, and much like Lady Gaga’s debut album, of course titled "The Fame," "Born to Die" treats celebrity like the inevitable outcome of simply making a record. “Baby, love me 'cause I’m playing on the radio,” she sings on inevitable single, “Radio.” It’s a pretty desperate plea, not least because it assumes that people still listen to the radio.

Perhaps more than the fact that it aspires too blatantly to celebrity, "Born to Die" is divisive because it’s lifestyle music for a lifestyle that Del Rey arguably hasn’t achieved yet. It’s entitlement pop that puts the cart miles before the horse. Del Rey has become a dubious figure not because she’s playing the poor little rich girl during a recession, but because these songs collectively imply that the 99 percent really want to be the 1 percent. If she has turned herself into what she thinks we all want, then we resent her for thinking so lowly of us.

Whatever the case, writing about Lana Del Rey may actually be more interesting than listening to her music. In fact, there are much better pop albums that never receive a fraction of this press, from the compassionate and complex anthems by Swedish singer Robyn to the latest release by tUnE-yArDs, which topped the recent Village Voice Pazz & Jop poll and deals with some of the same issues that Del Rey takes up, only with much more nuance and passion. So Del Rey joins the ranks of Rebecca Black, Charlie Sheen, Tim Tebow, Newt Gingrich — people we debate and discuss not because they excel in their profession, but precisely because they do not. Success has become mundane and predictable — and, as everybody knows, too easy to have bestowed upon you. Spectacular failures, however, are always unique and uniquely fascinating.