Susan G. Komen CEO: "This is not a political decision" 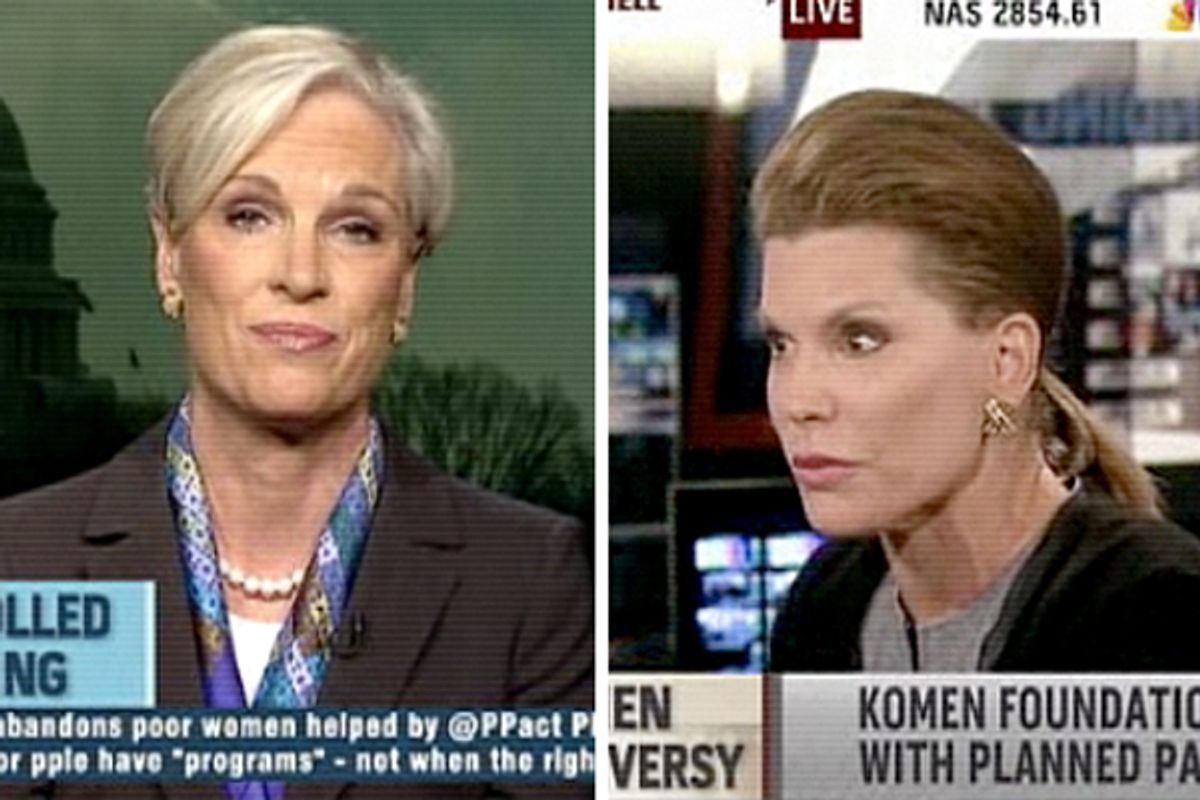 Both women said they found the politicization of the issue disturbing -- but while Brinker denied outright that politics had played a part in the funding decision, Richards said: "It is a political decision, and that's been very clear."

Andrea Mitchell questioned Brinker candidly on the issue, asking in particular about the role of 2011 Komen hiree (and vocal pro-lifer) Karen Handel. Brinker insisted that Handel "did not have anything to do with this decision." Brinker also told Mitchell that the responses Komen has received from "people who have bothered to read the material" are "very, very favorable." Here is the full conversation:

In a shorter segment following an interview with senators Patty Murray and Barbara Boxer, Brinker added: "This is not a political decision. We operate from one set of standards every day, and it is to our mission. And if we don't advance and revise and make grants that meet the mission and bring real care to vulnerable populations, we won't be doing our job."

Earlier in the day, Cecile Richards spoke to MSNBC's Alex Wagner about the ongoing firestorm. "We were very shocked and really surprised that [Susan G. Komen for the Cure] decided to pull funding from our health centers," Richards said, adding, "I really hope that they will rethink this decision." Here is her segment: