It's simple: When workers gain some leverage, it gets a little harder to generate totally obscene profits 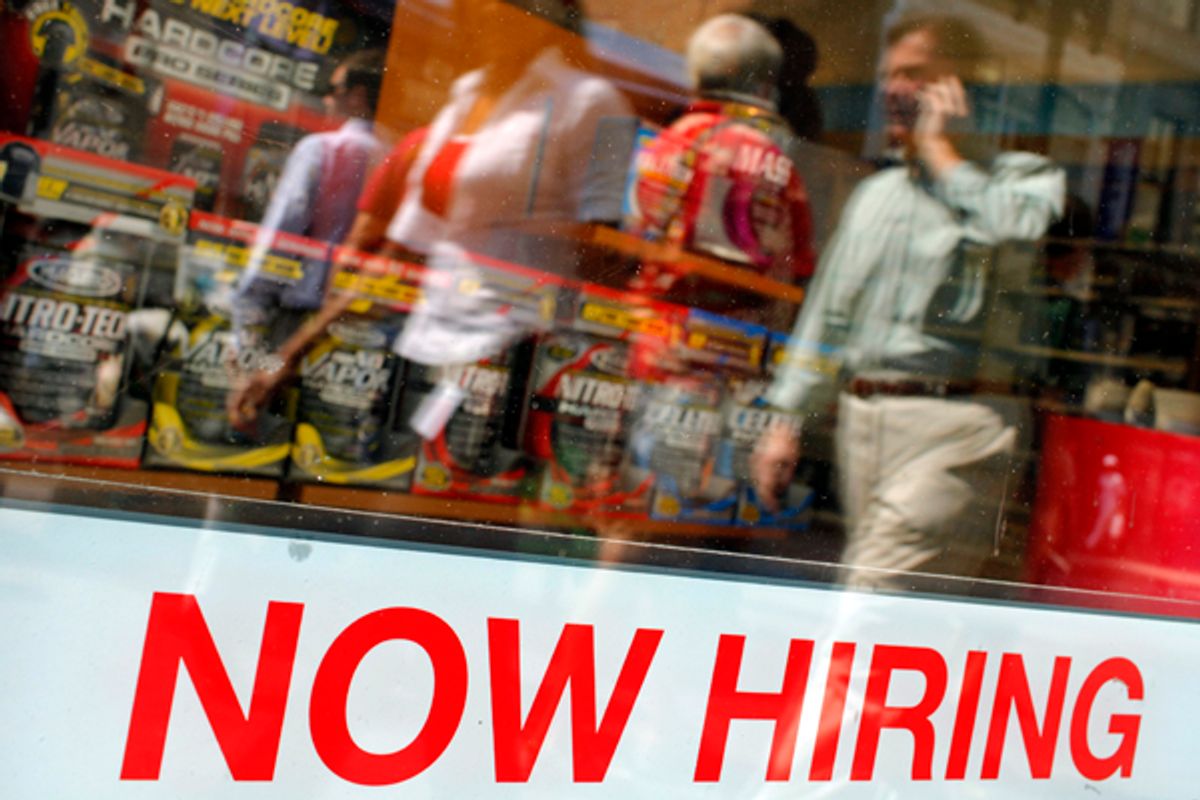 It's always such a shame when the interests of labor don't match up with the priorities of capital. The Bureau of Labor Statistics reported on Thursday that new claims for jobless benefits fell again last week. But in a Wall Street Journal roundup of reactions to the news, one economist found reason for concern.

Deutsche Bank's Alan Ruskin observed that the rate at which productivity -- the amount of goods and services produced per worker -- is growing is beginning to slow down in the United States.

We are at the point in the cycle where squeezing any more output from the existing labor force, with the current capital stock, becomes more difficult and attempts to raise output, force an increase in employment or at least employee hours. The good news is that we are closer to the point where a virtuous cycle of increased demand, driving increased employment and income, generating more demand, is in place. The flip side is that the rise in wages relative to output pushes up unit labor costs and undermines productivity, and could chip into the record profit share of income with some negative implications for equities.

In other words, stock prices could slump because an increase in the demand for labor will put upward pressure on wages. For the vast majority of Americans, this is fantastic news. For the 1 percent, not so much.

The news inspires memories of the go-go days of the dot-com boom, when the stock market greeted every new monthly release of gangbuster job growth numbers with a sharp sell-off. Wall Street doesn't like it when American workers are in demand. That's either the most heartening news yet about the nascent economic recovery, or the most maddening.