What will the GOP complain about now? 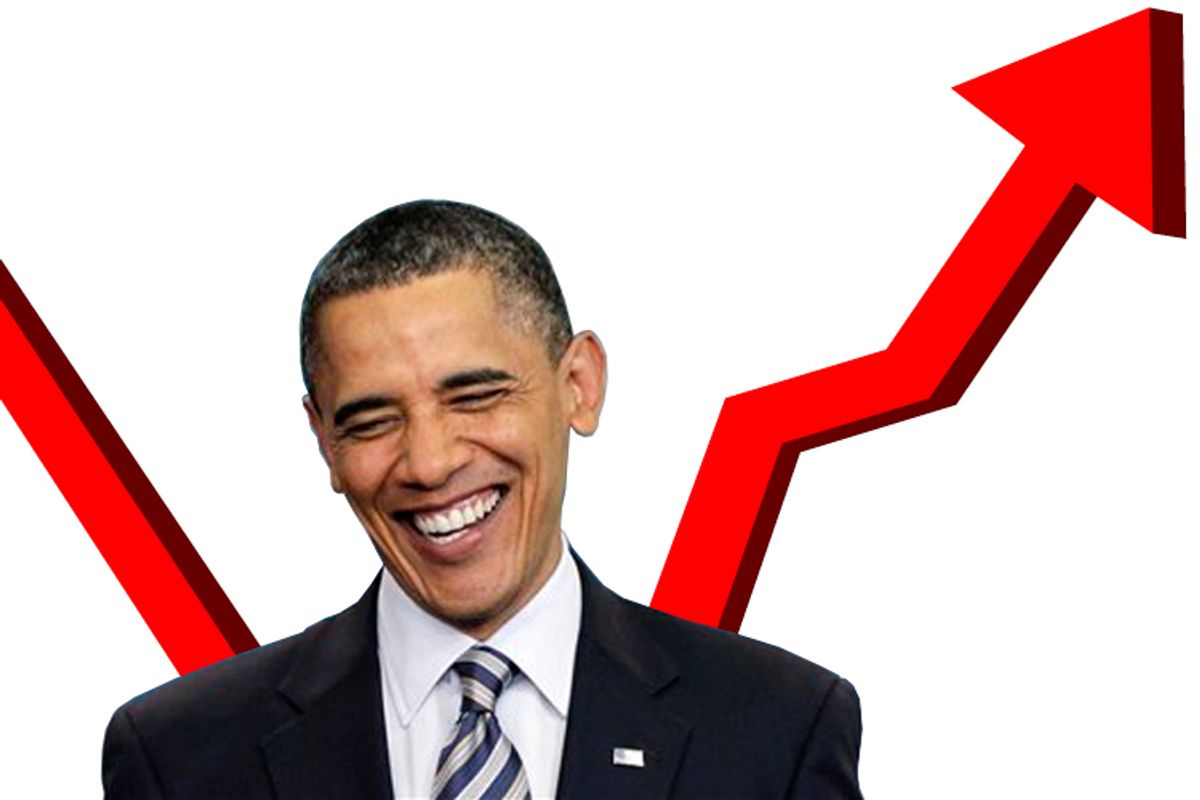 Proof, once again, that it's hard to predict what's going on in the U.S. labor market: The consensus opinion of analysts had the U.S. economy adding 120,000-150,000 jobs in January. The ADP private sector jobs report, released on Wednesday, counted 170,000 new jobs. But the obsessively watched U.S. government report, released Friday morning, reported a surprising -- and encouraging -- 243,000 new jobs. The unemployment rate fell another couple of notches, to 8.3 percent. Can you say bull market?

In the context of the last few years, that's what we call a strong labor report. The job gains were widely distributed. Manufacturing added 50,000 jobs. Healthcare grew by 31000. Leisure and hospitality, 44,000. And so on. Most encouraging of all, the labor force participation rate held even at 63.7 percent and the employment-population ratio rose, clear signs that Americans are no longer simply abandoning hope and giving up any chance of finding a job.

Republican leaders are already complaining that the unemployment rate is still too high and reminding everyone that the economy has been awful for most of Obama's term in office. That's true, but the political implications of the new numbers are still huge. If we are to believe Nate Silver, the political number-cruncher now ensconced at the New York Times, President Obama needs jobs growth of 150,000 a month between now and November to have any chance of holding on to his job. Anything better than that obviously improves his odds. The timing could not be better for the White House.

There are still big problems to deal with. The Bureau of Labor Statistics counted 11.8 million unemployed Americans, and 42.9 percent of them are considered "long-term unemployed" -- jobless for 27 weeks or more. That's 5.5 million people whose job prospects get worse every month.

But U.S. economic growth is clearly accelerating. The auto industry had a great January. The manufacturing and retail sales sectors both reported healthy numbers in January. It's getting more and more reasonable to argue that the labor market is finally gaining real steam. All the pieces are falling into place for a virtuous cycle -- more jobs translating into more demand, which equals even more jobs.