Mitt flip-flops on his own gaffe

"I misspoke -- plain and simple," Romney declares a day after standing by his "very poor" remark 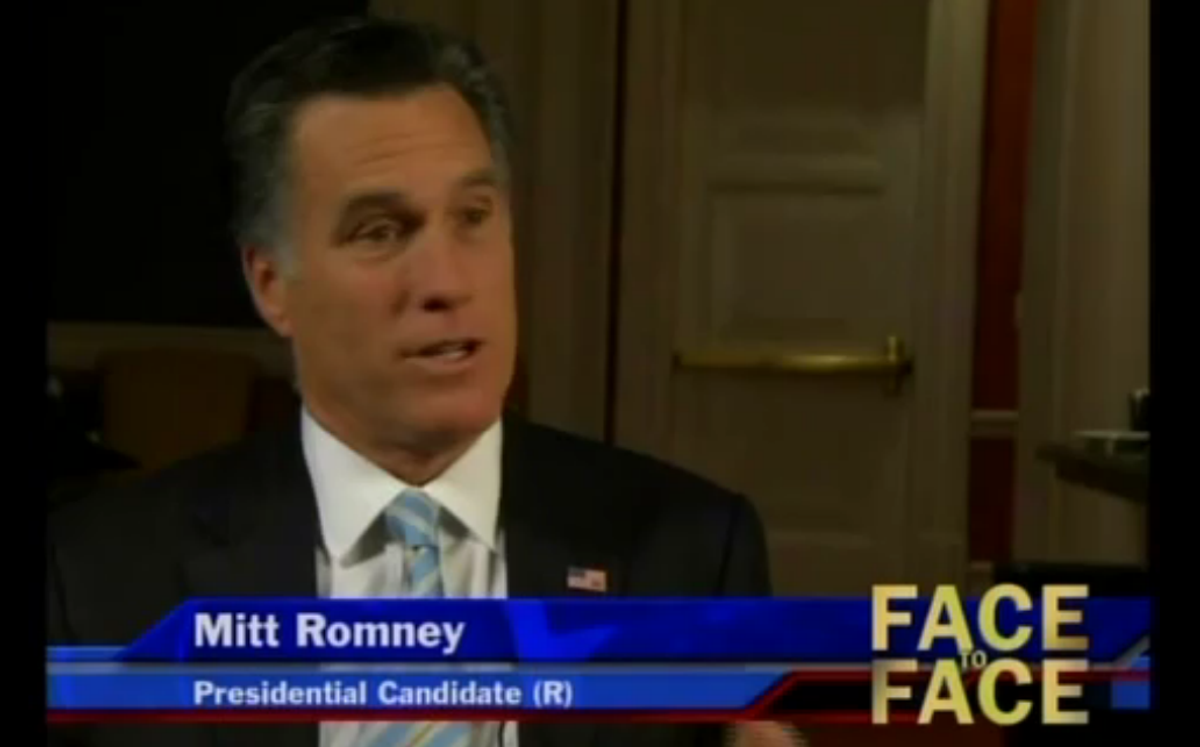 When on Wednesday morning he first asserted, in a clumsy effort to inoculate himself against Democratic efforts to cast him as the embodiment of the top 1 percent and its agenda, that "I'm not concerned about the very poor," Mitt Romney was told by CNN's Soledad O'Brien that his remark might sound "odd" to people and offered a chance to retract or clarify it.

He insisted he'd been quite clear, arguing that "the very poor have a safety net" and stating: "You can focus on the rich. That's not my focus. You can focus on the very poor. That's not my focus. My focus is on middle-income Americans -- retirees living on Social Security, people who can't find work, folks that have kids that are getting ready to go to college. These are the people who've been most badly hurt during the Obama years."

Not surprisingly, his comments became an instant viral sensation. When a reporter asked him later in the day, “What did you mean when you said you were not very concerned about poor people?" Romney again stood his ground: "No no no no. I -- no, no. You’ve got to take the whole sentence, all right, as opposed to saying, and then change it just a little bit, because then it sounds very different."

But by last night, after absorbing 36 hours of taunts from Democrats, uncomfortable scrutiny from the press and surprising hostility from his fellow Republicans, Romney switched gears and issued a mea culpa.

"It was a misstatement," he told the Las Vegas Sun's Jon Ralston in an interview that aired on a Nevada station. "I misspoke. I’ve said something that was similar to that but quite acceptable for a long time. And, you know, when you do I don’t know how many thousands of interviews, now and again you may get it wrong. And I misspoke -- plain and simple.”

He went on to stress that he wants to maintain a "strong and able " safety net for the poor, but that "my primary focus is on helping people get in the middle class and help grow the middle class."

"People are going to go after me when I make a mistake -- when I slip up in a word I say, even though I say, ‘I got it wrong. Sorry, that’s not what I meant,'" Romney said. "Well, that’s going to be part of the political process. I understand it, and I accept that."

While it will probably cause a brief spike in coverage, this morning Romney's change in tone figures to mark the end of this particular episode. But we'll surely be reminded of it many times between now and November -- "I'm not concerned about the very poor" is destined to play a role in Democratic ads and talking points -- and the episode itself has been instructive from several standpoints: