Should it take decades to build a subway?

It's too easy to slow down urban mass transit improvements. Here's how to fix the system 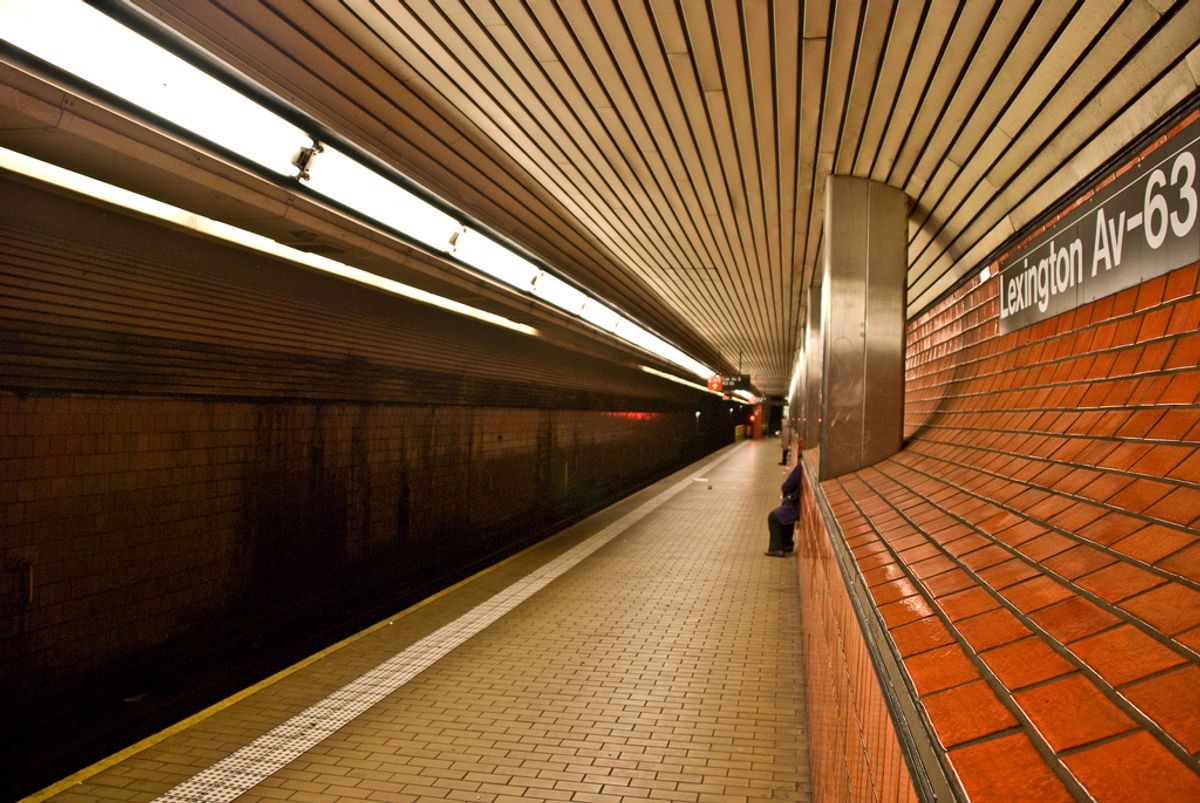 It's only a slight exaggeration to say that, in Beijing, you can go to bed transit-free one night and wake up the next morning to a new subway rumbling underneath your bedroom.

On Dec. 31, the Chinese capital opened a new subway line and greatly expanded two others. This year it plans to open four more. A total of eight new lines are under construction. The city started expanding the system in the run-up to the 2008 Olympics, and has kept pushing forward ever since. In 2001 it had 33 miles of track. Today it has 231.

Meanwhile, when you hear the completion dates for big U.S. transit projects you often have to calculate your age to figure out if you'll still be alive. Los Angeles's Westside subway extension is set to be finished in 2036. Just five years ago, New York's Second Avenue Subway was supposed to be done by 2020, a goal that seems laughable now.

And while it's not fair to compare American projects to China's -- where protections for workers and the environment are flimsy, and tight construction schedules can sacrifice workmanship -- there are nonetheless several factors that conspire to keep American mass-transit projects in a state of perpetual limbo. Here are seven culprits, listed roughly in order of guilt.

Most big transit projects are partially funded through the Federal Transit Administration, which awards merit-based grants to cities in the president's annual budget. These grants fund all sorts of projects, from a busway in Hartford, Conn., to a commuter train in Honolulu. But before the FTA decides who gets a chunk, each project has to prove its cost-effectiveness. That means providing the federal government with ridership estimates, possible alternatives and all manner of other analyses that can take years to complete.

Many of these studies are worthwhile. But Martin H. Duke, editor of Seattle Transit Blog, says it shows how government pinches pennies with transit even as it spends wastefully elsewhere. "Whether you're of the right or the left, you can identify very large budget items that aren't that valuable," says Duke, "large enough to fully fund the fantasies of every transit advocate in the nation in a couple of years."

The 2012 federal budget allocated $1.9 billion for large-scale transit construction, and the sad fact is, a couple billion simply doesn't buy what it used to. The central link in Seattle's light-rail system alone cost $2.4 billion. New York's Second Avenue Subway is budgeted at $1.7 billion per kilometer.

Part of the problem are these costs themselves. The Atlantic Cities recently examined why New York's new subway line will be the most expensive in the world. (It's not because it'll be the best.) But the other half of the funding problem is the process by which it's done. Federal funds doled out on a yearly basis keep work from speeding forward. Cities and states are expected to match those funds, and they sometimes refuse. And an enormous project years in the making can be killed by a single budget hawk. Some traffic-choked cities are trying to get around these obstacles with innovative funding solutions. Los Angeles' 30/10 Initiative (recently rebranded "America Fast Forward") seeks to complete 30 years' worth of transit projects in a single decade by borrowing on taxes its residents have already committed to paying in the future. And just a few days ago, L.A. started talking with the Chinese government about possibly investing in the city's subway extension, apparently hoping that some of that Beijing magic will rub off.

It only takes one politician to gum up a world-class transit plan. "If God himself, and Vishnu, Mohammed and Einstein said, 'Build this route this way with these stops!' politicians would still change it around for political reasons," says land-use expert Roger Valdez. Voters want a subway stop on their block, so their elected officials fight for it, whether or not it really makes sense from an urban planning perspective. Or they don't want the subway coming near them. Or they want light rail but not a bus. Or they want an airport link, but they want it to go around their neighborhood rather than through it. "Our system allows far too much input from John and Jane Six-Pack," says Valdez. And every time politicians change up the plans, engineers must head back to the drawing board. "We end up planting seeds that, like a child would, we dig up the next morning to see whether it's grown yet."

"Gas mains, steam pipes, electric conduits, sewers, cables, sub-basements, and underground freshets add to the difficulties" of building a subway tunnel. That's how Modern Mechanix magazine explained why New York's new subway line was taking so long to build -- the Sixth Avenue line, in 1937. Seventy-five years later, it's even more crowded down there, with more pipes and gas mains and basements, plus newer infrastructure like cable TV lines and fiber-optic networks. "The projects are more complicated than similar projects might have been back then," says Yonah Freemark, editor of the Transport Politic. "Compared to half a century ago, there's a lot more to deal with."

This one should either be higher on this list or not on it at all, depending where you live. But for some cities, mismanagement -- or outright corruption -- is the biggest impediment to getting stuff done. In San Francisco, where a recent audit of the city's transit agency found lax oversight of construction efforts, transit projects are averaging 529 days behind schedule.

Just ask any bike-lane advocate: Try to replace a lane of traffic with a different mode of transportation and your city's drivers will threaten to self-immolate. The light-rail project that will connect Seattle with nearby Bellevue is a perfect example. "The train will use two lanes of the freeway bridge," says Martin Duke. "The state DOT is insisting that Sound Transit replace those two lanes before allowing construction to begin on the rail line. That's pushing things back by years." Simply put: Drivers' demands often prevail, and the mediocre transit that results (streetcars that get shunted into traffic rather than having their own dedicated lane, for instance) only erodes the public's enthusiasm for more of it.

Good public transit is a cherished ideal of many progressives. Ironically, progressive values can end up making transit construction take longer. Part of the reason we don't build as fast as China does is because we have workers' unions, ADA compliance rules, and environmental concerns that require time-consuming impact studies. "If we didn't have to put elevators everywhere and we imported non-union Mexican immigrants to do the work, you could build a lot more of everything," says Duke, who hastens to add that he's not in favor of that. Good, affordable transit is a human rights issue too, though, and in many ways the common link in our desire for healthier, less wasteful cities that serve everyone equally.