The abortion I wish she'd been there for

When I was 18, my mother died. But it wasn't until I got pregnant that I realized she was never coming back 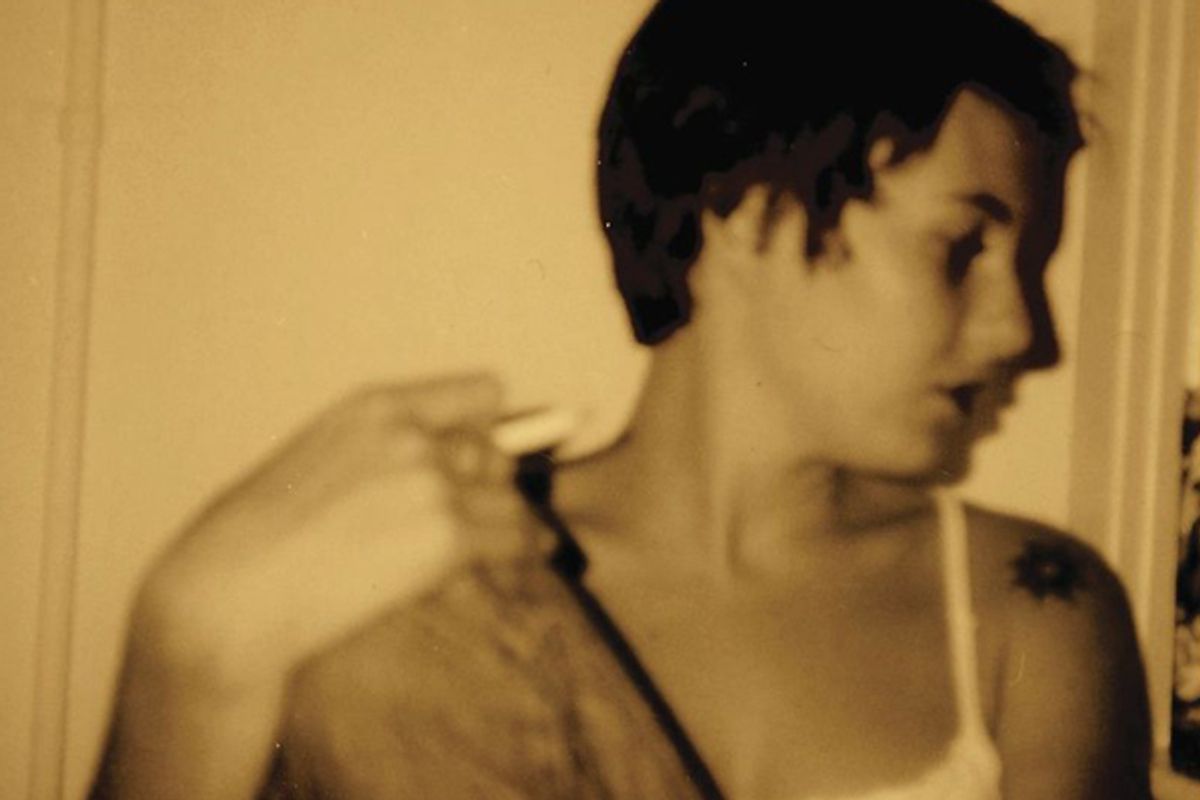 A detail from the cover of "The Rules of Inheritance"
--

This article was adapted from the new memoir "The Rules of Inheritance,", from Hudson Street Press.

In the bathroom I pee on the little plastic stick and then place it care­fully on the back of the toilet. I button my jeans and walk back into my bedroom, where I pick up the phone.

Colin is on the other end of the line.

Did you take it?

You have to wait, like, five minutes, I say.

It is January, late at night, and the deep banks of snow outside the windows glow in the dark. Colin is in Atlanta and I am in Vermont. My mother has been dead for exactly one year.

I am back at Marlboro College, picking up after a one-year hiatus following my mother’s death. I’m living off campus, in a subsidized two-story condo in town, with a classmate named Tricia.

I have been back at Marlboro less than a week when I realize that my period is late. I count the dates backward and then forward again, give it a few more days, and finally buy a test kit at Walmart.

I call Colin that night. We had been seeing each other for less than six months when I left Atlanta to return to school. I had taken a year off from school after my mother’s death, but my father and I both decided that it was time for me to get back in the swing of things.

I think that’s the actual phrase he used. The swing of things.

It was around New Year’s Eve when Colin and I realized that we were in love. The confessions came drunkenly, both of us left unsure the next day, not of how we felt, but of whether we had really said the words aloud.

We’d talked for a while before I mentioned it offhandedly.

I bought a pregnancy test today.

I heard you. Why?

My period is late.

Do you really think you’re pregnant?

Did you take the test yet?

Well, maybe you should take it now.

While we’re on the phone?

And that’s when I went in the bathroom to take the test.

Don’t worry, I tell him, when I get back on the phone. I’m sure it’s fine. I took a few of these in high school and they always turned out negative.

During my senior year of high school it seemed like every week one of us was taking a pregnancy test. We usually went to Lucy’s house to do it. Her parents were divorced and her mom worked late. We had the house to ourselves for several hours after school let out.

Me, Lucy, Laura, Holly, and Sabrina.

None of us ever emerged from Lucy’s bathroom with a positive test.

I tell Colin all of this and then I set down the phone and walk into the bathroom alone. The little plastic stick is exactly where I left it five minutes ago, and I peer into the plastic display window at the plus sign that’s wait­ing there for me.

I can’t remember if it was during my high school pregnancy scare or at another, later, time that my mother told me she had had an abortion.

She was thirty and living in New York. She’d just ended a brief relationship with some slick Wall Street guy, when she realized that he had left her preg­nant. Calls to his home went unanswered and messages left at his office were not returned.

Finally, with a fury and impatience typical of my mother, she left a message for his secretary, requesting a check for the abortion she was about to have.

He shelled out immediately, and she went through with it. I don’t remem­ber any other details, though. If she’d felt conflicted over the decision or if the experience was a traumatic one, I’ll never know. Either she didn’t tell me or the details left no impression.

I think about all of this as I watch the laundry tumble around and around.

Is it wrong that the idea of having an abortion makes me feel closer to my mother?

I write her a letter on the one-year anniversary of her death.

I don’t know how to be without you. Please come back.

Colin doesn’t protest when I tell him my plan. In fact I’ll later wonder if he would have been so passive had it been the other way around. He tells me he’ll fly up and be there for it.

The next call I place is to my father.

The same week that I moved back to Vermont my father moved to Califor­nia. He sighs into the phone, three thousand miles away, when I tell him.

Just as the only time he will ever walk me down an aisle in a church was at my mother’s funeral, the only time I’ll ever tell my father that I am pregnant is this one.

I’m standing in the kitchen of the apartment in Vermont, twirling the phone cord around my wrist, as though I am in high school and talking to a boy I have a crush on instead of telling my elderly father about the abor­tion I am about to have.

Two days later I drive in my old red Saab to the Planned Parenthood clinic. It is deep, deep cold outside. The sky is a hard blue and slick; black ice coats the road. I smoke cigarettes as I drive, listen to Portishead.

After a while I am led upstairs, where a kindhearted and very butch old nurse examines me, confirming what I and the nurse-practitioner at school have already determined to be true.

Afterward we sit in the nurse’s office. Instead of there being a desk between us, we sit in chairs pulled close so we can face each other. Although I’ve never been, this is what I imagine therapy would be like.

So, what do you want to do?

I want to have an abortion.

Have you considered any other options?

No. I want to have an abortion.

An alternative might be adoption. Also, there are more resources than you might think if you decide to keep it.

I want to have an abortion.

Okay, she says. Her eyes crinkle into a look of sympathy, and I suddenly envy her. I wish I was her. Wise, buoyant, practical. Sitting opposite some girl like me. Not me.

You’re sure, she says, with one more look into my eyes.

I don’t know why I’m so firm about the abortion. In some ways it seems like the next logical step in the narrative of my life.

It’s as though I don’t have a choice.

But we always have choices.

It won’t be until over a decade later, when I am well into the actual world of parenthood, frazzled and overwhelmed with love and impatience for the tiny creature I have created, that I will realize that if I had actually had a baby at age nineteen it might have been the very thing that would have kept me from the years and years of misery and destruction ahead of me.

It won’t be until I am finally a mother myself, and not until my cheek rests against my child’s soft downy head, that I will realize the bleakness of what I did all those years before.

The nurse is right. The procedure doesn’t take very long. I grit my teeth and close my eyes as the doctor pushes and tugs about inside me with his instruments.

I cannot open my eyes. I squeeze them shut as hard as I can, trying to imag­ine that it is my mother’s hand in mine, not Colin’s.

And it’s here, right here, on this exam table in an abortion clinic in Ver­mont, that I realize my mother is never coming back. Although I will have to realize this many times over the course of my life, nothing will ever be as strong a reminder as this.

Nothing is going to bring her back.

Some part of me, no matter how magical, believed right up until this very moment that she would make her way back to me before this happened. I realized that I had been ticking off the seconds all morning.

On the bright, cold drive up the highway.

In the warm, wood-paneled waiting room.

But she is not here. She didn’t make it in time. Or at all.

The doctor finishes and the cramps come. Thick and hard, they make me curl onto my side, the plastic sheet crinkling over me, perspiration dampen­ing my sweater, tears running down the side of my face and soaking the exam-table paper beneath me.

I am nineteen and I have just had an abortion.

Reprinted by arrangement with Hudson Street Press, a member of Penguin Group USA, from "The Rules of Inheritance: A Memoir" by Claire Bidwell Smith 2012.