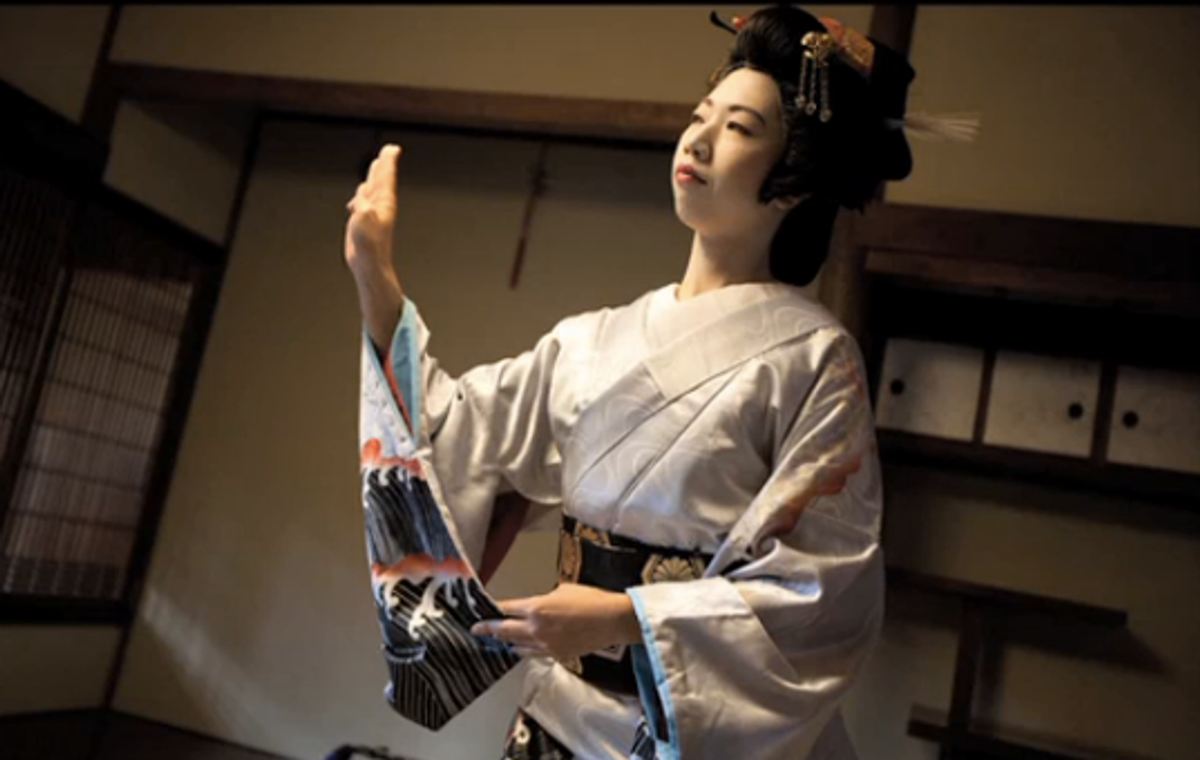 SHIMODA, Japan — With a few hesitant steps and the swoosh of kimono against a tatami-mat floor, it isn't long before Awagiku finds her rhythm, moving with what comes close to perfection by the end of another exhausting practice session.

But Awagiku can be forgiven the occasional loss of timing. She is one of three young women who are just months into their careers as aspiring geisha.

There is a lot riding on their success: if they make the grade they will not only have fulfilled a personal ambition to enter the "flower and willow world" of Japan's traditional entertainers. They are also part of an ambitious project launched by the town of Shimoda to use public money to prevent the local geisha tradition from disappearing.

Shimoda, a hot spring resort on Japan's Pacific coast, was home to about 200 geisha in the 1950s. Now just five are left in the town which, like other seaside towns along this picturesque stretch of coast, has fallen victim to the era of cheap foreign travel and declining interest in geisha life among young Japanese women.

In March, they will make their official debut at a festival attended by thousands of visitors. "They're not really 'out' as geisha yet," said Takashi Takahashi, an official in the local government's tourism division. "But once they are ready we will be arranging events and opportunities for visitors to experience geisha life, listen to live shamisen."

"Having said that, this is not simply about nurturing three young geisha," Takahashi said. "We want to preserve Shimoda's traditional song and dance, and the geisha are the only people here who can do that. Without them they will be lost forever."

Preserving that cultural heritage involves dedication, as the trainees discovered when they began learning the ways of the geisha four months ago. For the first month they did not have a single day off as they learned the basic skills: putting on a kimono, playing the shamisen and the taiko drums, and singing and dancing.

"The position of the back and all the other physical details have to be absolutely perfect when we dance," said Awagiku.

Iroha, another member of the trio, said: "I like the dancing most of all. It looks very serene but it's hard work. I sweat a lot. My family thought I might be too stiff to master the dance routines to a high enough standard to perform in public."

Shimoda, located about 60 miles southwest of Tokyo on the tip of the Izu peninsula, is best known as one of the first ports of call for Commodore Perry's "black ships," which arrived in 1854 to demand that Japan open up to international trade after more than 200 years of isolation.

It is also the location of the first U.S. consulate general, although it was only three years before the consulate was moved to Edo [now Tokyo] following the opening of Yokohama to foreign trade. Well before U.S. troops marched ashore, Shimoda was a major port of call for vessels traveling between Osaka and Edo.

Shimoda's modern-day geisha were hired via an advertisement placed with the local Hello Work employment office.

The third of the 20-something apprentices (in keeping with geisha tradition they declined to give their ages) is Rinka, a Chinese woman who moved to Japan 10 years ago and found herself living next-door to their teacher, Nami whose powerful voice became a kind of calling to geisha-hood.

"I used to listen to her practicing in the morning and thought her voice sounded beautiful," Rinka said. "I consider Shimoda my hometown now and I want to begin my geisha career here."

Awagiku, who quit her job as a designer, said last year's tsunami disaster had prompted her to rethink her career. "Until then I wasn't really aware of my Japanese-ness," she said. "I have always been interested in calligraphy and was desperate to learn about kimono, so back in August I decided to apply."

Iroha first came to Shimoda five years ago as a tourist and fell in love with its coastline. "I saw my first geisha here and thought that this must be the perfect place for them to live and work," she said. "I regard them as the epitome of Japanese womanhood and beauty."

Nami, a senior geisha, and Chikako, an accomplished performer who runs the only remaining geisha office, dispense their expertise with a mixture of benevolence and discipline.

"The training is extremely tough," said Nami. "Unless you have a deep-seated desire to learn the skills, there is no way you are ever going to succeed, even with something as simple as tying an obi belt for your kimono. When they arrived they barely knew what tabi were," she added, referring to the split-toe white socks worn with kimono. "After their first few sessions they were all sweating."

The daily task of memorizing lyrics to old ballads such as Shimoda Bushi, a Japanese sea shanty, is historical preservation in action. The trainees re-create its undulating rhythm — haltingly at times — with a dance specially choreographed to suit a song that has been part of the town's cultural fabric for 400 years.

If all goes to plan, the 5.2 million yen ($70,000) project, made possible through central government grants, will culminate in the women's public debut on March 27 at Shimoda's Okichi festival, held to honor a tragic local geisha who committed suicide, reportedly after a much frowned-upon relationship with the town's first US consul general, Townsend Harris, in the mid-1800s.

"We'll be performing in front of people who have seen the dances countless times before and know every move," said Iroha. "I'm sure they'll be watching me very closely to see if I make a mistake."

But their teacher is optimistic: "Only a tiny percentage of Japanese woman can put on a kimono properly these days," said Nami. "These three can already do it by themselves. They're young and they're learning very quickly. That's because they love what they're doing."