What David Brooks gets right about the left 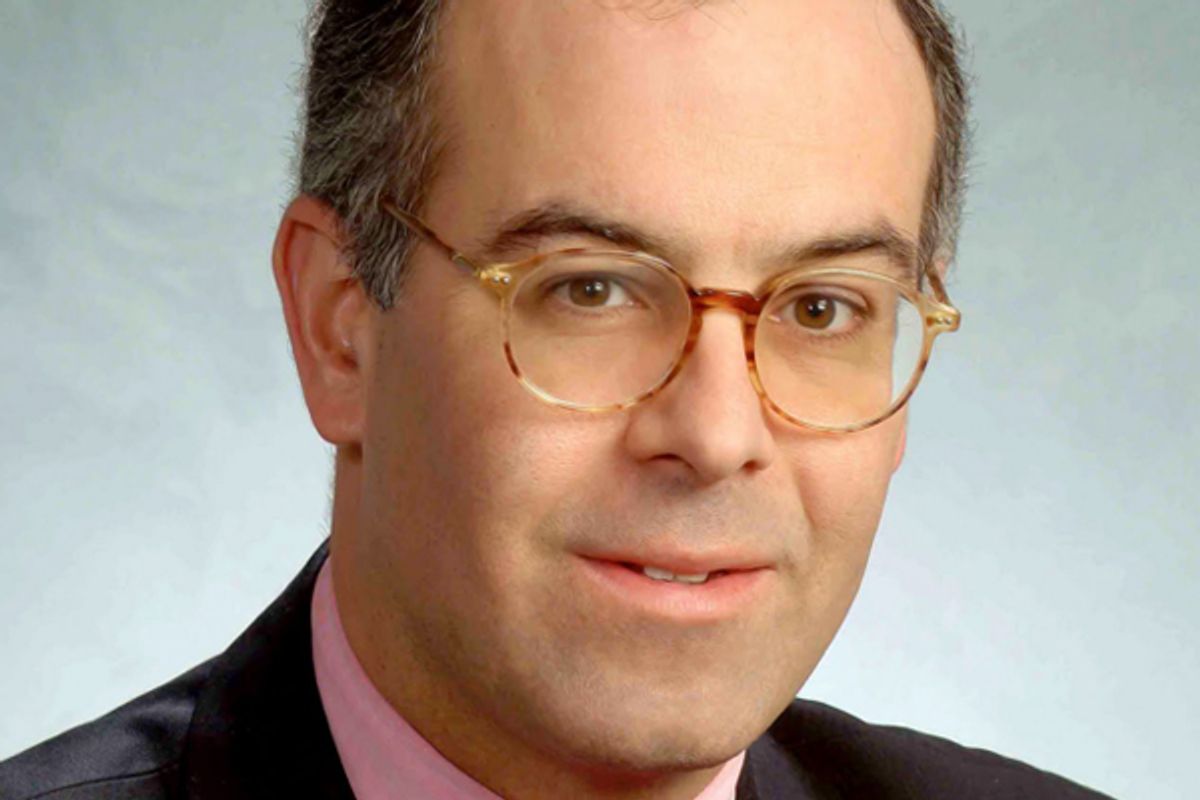 As he often does, in his column Friday New York Times columnist David Brooks offered what looks like a “nonpartisan” analysis.  Social movements, he warned, are suffering because everyone thinks they should make up their own belief system. Unless you’re Nietzsche, Brooks advises, this is a guarantee of failure. Every man is not a political genius.

It’s not a hard task to figure out whom Brooks is really criticizing: Occupy Wall Street. But it's not alone. The democratization of ideology is vastly more tempting to the self-inventing liberal left than to the authoritarian right. Nobody does emotionally consistent talking points like the conservative right. Nobody does "whatever floats your boat" like the liberal left. The belief that every man is a philosopher makes progressives vastly more vulnerable to the destructive dynamic Brooks describes. It is an irony Brooks would appreciate that the left acts more like the right believes (and vice versa).

Brooks’ criticism is dead on. Letting every person with a “mic check” suggest a fundamental strategy for the movement is a recipe for disaster. Not only have existing intellectual traditions been the product of superior minds, they have stood the test of time. Anyway, how to act collectively when everyone is pursuing his own quixotic dream?

Of course, anyone who follows the debate knows the left must beware of Brooks bearing gifts. The Times’ conservative columnist is always making sensible sounding suggestions to the left, which, upon closer examination, turn out to be ticking bombs. In this case, the right has a perfectly good foundation in the libertarian tradition, Brooks reports. So it doesn't need to reinvent its first principles .

For his friends on the left, however,  Brooks advises a simple reversion to their philosopher, Karl Marx. Now there’s a thought.  When the centrist Democrats of the filibuster-bound Senate passed a healthcare plan modeled on the Republican scheme from Massachusetts, the Republicans branded their leaders as socialists, or worse, as taking their beliefs from Paris, if not Nairobi. Imagine if they started actually quoting Karl Marx.

Fortunately, should the left be capable of giving up its endlessly proliferating individual belief systems, two schools of thought other than the return to the specter of communism would be available to them.  There is a robust utilitarian tradition, represented most recently in the work of Princeton philosopher Peter Singer, that asks people to rise to the demands of altruism. As a matter of ordinary morality, you’d pause on a walk to pull a drowning child out of a pond, Singer begins. Why would you not give up a trivial expensive treat to rescue someone starving in Africa?

Or, closer to home, living in a shelter somewhere in New York, or in Washington's McPherson Square. The well-worked-out analysis of Singer’s argument for beneficence is a vastly better foundation for a long-term social movement than any of the slogans on OWS placards. “Tax the rich” is catchy, but dissolves when confronted with Brooks’ comrades’ libertarian first principle: “It’s my money.” Singer offers the opportunity to argue about why keeping every last penny of it when others are in real need is, well, immoral.

Another great 20th century philosopher, the late John Rawls, made a very well-worked-out argument for why it’s not “your money” at all. It’s only your money, as citizens of many less well-favored societies than the United States know, if other people are willing to refrain from killing you to get it. Otherwise, life is, famously, “solitary, POOR, nasty, brutish and short.” Rawls set forth elaborate conditions for when societies agree to let the rich keep the money without having to live behind walls topped with ground glass.

Most important, Rawls posits, inequality must also benefit the people on the bottom, e.g., by expanding the size of the pie. This was the case for much of American history, and the society was the better for it. But now that finance has replaced manufacturing as the engine of the economy, not so much. The endless claims of money movers like Mitt Romney that they are “creating jobs” reflects the deep power of Rawls’ construct. If they’re not, what is he doing with all that money? Rich people’s claims to be complying with Rawls’ condition can only go on so long in face of the robust evidence to the contrary.

Brooks is right about one thing: Ideas matter. The resurrected right has relied on the power of libertarian ideas for decades. During the same period, the left has relied on mic checks and bumper stickers (“the audacity of hope”). When we see them start to use the rich store of liberal thinking available to them, David Brooks, watch out.