Obama's fear of leading by example

Obama, who famously lectured the Supreme Court on its Citizens United ruling will now embrace the advocacy groups 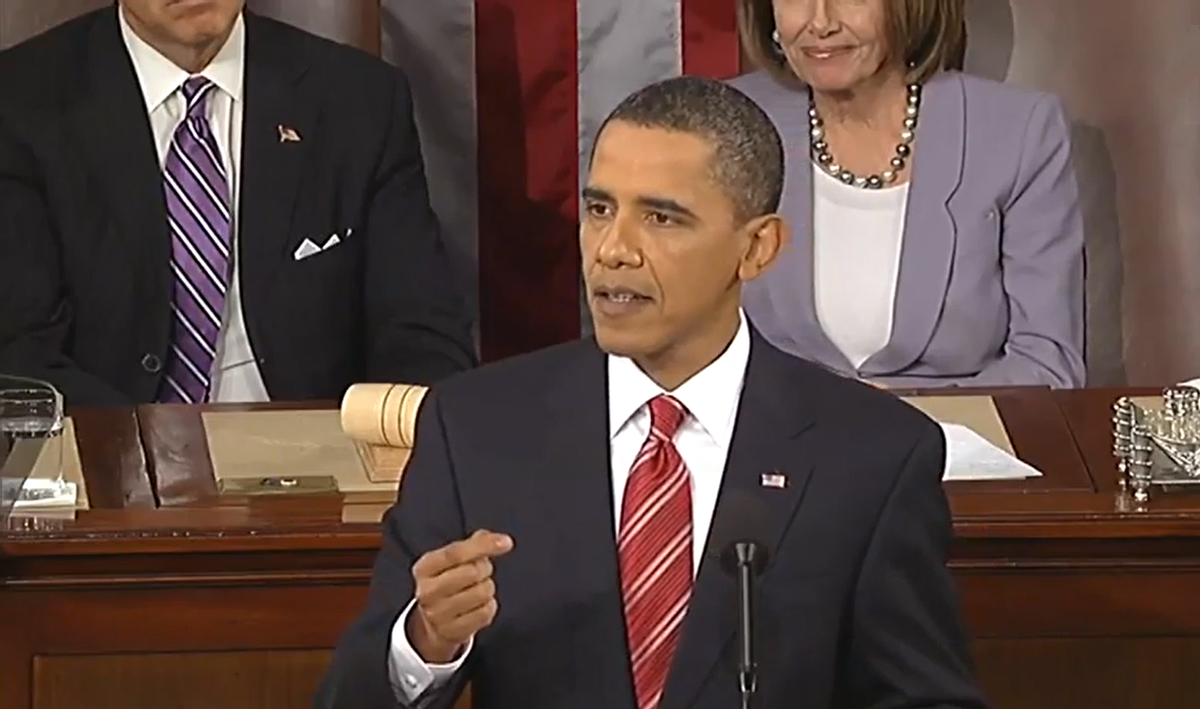 It's official: Barack Obama has decided -- not for the first time -- that leading by example is just too risky.

On January 27, 2010, in one of the most celebrated moments of his presidency, Obama stood in the rostrum of the U.S. House and called out to their faces the five members of the Supreme Court who had ruled six days earlier that the federal government has no authority to limit the independent political activity of corporations and unions.

"With all due deference to the separations of powers," he said, "last week the Supreme Court reversed a century of law to open the floodgates for special interests -- including foreign companies -- to spend without limit in our elections. Well, I don’t think American elections should be bankrolled by America’s most powerful interests, and worse, by foreign entities, and that’s why I’m urging Democrats and Republicans to pass a bill that helps to right this wrong."

Since then, Obama has sought to portray himself as the chief conscientious objector to Super PACs, the "independent" advocacy groups that grew out of the court's Citizens United ruling. While Republicans jumped at the chance to pool huge sums of money from affluent donors, Obama claimed the good government high ground and largely held his own party back from playing the same game. Even though a White House-friendly Super PAC, Priorities USA, was launched a year ago by a former to Obama aide (Bill Burton), the president refused to exploit an FEC ruling that would have allowed him and other members of his campaign team and administration to take part in the group's fund-raising events.

But all of that abruptly changed last night, with word that Obama has decided to give in and play the Super PAC game just as aggressively as his Republican opponents. As the New York Times reports:

Aides said the president had signed off on a plan to dispatch cabinet officials, senior advisers at the White House and top campaign staff members to make clear to donors that they should support Priorities USA Action, the leading Democratic “super PAC,” whose fund-raising has been dwarfed by Republican groups. The new policy was presented to the campaign’s National Finance Committee in a call Monday evening and was set to be announced Tuesday.

"Dwarfed" is definitely the right word. Fund-raising reports released last week showed that the pro-Mitt Romney Super PAC Restoring Our Future has outraised Priorities USA by more than seven-to-one. And that's just one component of the Republican Super PAC arsenal. Sheldon Adelson, the casino magnate who has given $10 million to a Newt Gingrich-aligned group, is sending signals that he'll move his support to Romney if the former Massachusetts governor is Obama's fall opponent, while a Super PAC launched by Karl Rove has taken in more than $50 million.

In a post that went up on Obama's official campaign site last night, campaign manager Jim Messina framed the decision as a pragmatic necessity, insisting that Obama still abhors the Citizens Unites ruling while arguing that "our campaign has to face the reality of the law as it currently stands":

With so much at stake, we can't allow for two sets of rules in this election whereby the Republican nominee is the beneficiary of unlimited spending and Democrats unilaterally disarm.

Therefore, the campaign has decided to do what we can, consistent with the law, to support Priorities USA in its effort to counter the weight of the GOP Super PAC. We will do so only in the knowledge and with the expectation that all of its donations will be fully disclosed as required by law to the Federal Election Commission.

The move calls to mind Obama's decision four years ago to rationalize his way out of an early commitment to participate in the public financing system for presidential elections. Then as now Obama had a compelling financial incentive; by thumbing his nose at matching funds, he was able to create a massive gap between his own campaign treasury and that of his Republican opponent. The difference is that this time he's doing it in the name of leveling the playing field.

In 2008, Obama took plenty of heat from good government-types and even from some supporters, and the same will probably be true this time. In a way, his decision is easy to justify: Given how important money is to modern campaigning and how close the November election is supposed to be, how could Obama not do everything in his his legal power to neutralize any GOP advantage? At the same time, it also reinforces the worst image of Obama -- the guy who specializes in high-minded, inspirational rhetoric only to junk it the minute it becomes politically inconvenient.

For that matter, it's also possible that Obama and his campaign are overreacting to the GOP's Super PAC strength. After all, his own campaign  has been raising huge sums of money. Through December 31, Obama had brought in $30 million more than Romney, Gingrich, Rick Santorum and Ron Paul combined; the main effect of his decision may just be to erase that edge while correcting the Super PAC imbalance. And anyway, a good case can be made that fundraising disparities actually don't matter that much in presidential general elections provided both candidates enjoy a threshold level of support. But Obama apparently isn't in the mood to take that chance.