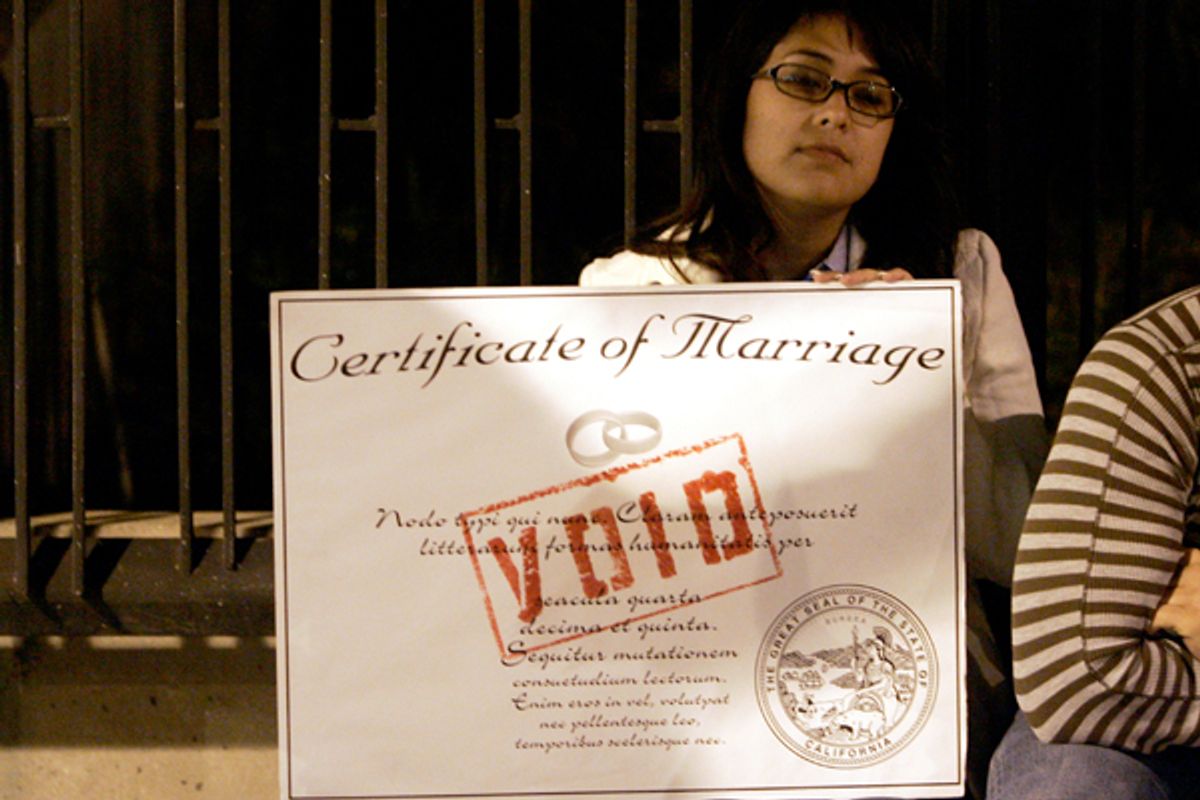 A protester holds a mock marriage certificate while demonstrating during an anti-Proposition 8 rally in Los Angeles. (Reuters/Danny Moloshok)
--

"Proposition 8 serves no purpose, and has no effect, other than to lessen the status and human dignity of gays and lesbians in California, and to officially reclassify their relationships and families as inferior to those of opposite-sex couples." With these resounding words from the decision by the 9th Circuit (with one judge of three, a George W. Bush appointee, dissenting), the judges agreed that California's ballot initiative, Proposition 8, violated the 14th Amendment, finding no "legitimate reason" for the law to exist.

Marriages won't resume, as the stay will remain in place. (The court also rejected the offensive argument that the district court judge, Vaughan Walker, should have recused himself because he happens to be gay). The next step for gay marriage opponents -- whose right to defend Proposition 8 in the absence of any state official's interest was upheld -- is to either demand a rehearing from the full 9th Circuit or appeal to the Supreme Court to rule on it, a process that could take years.

Significantly, the court ruled on what it called "narrow grounds," citing the fact that the right for gays to marry had been found under the California Constitution and then denied. In other words, it's not only a temporary victory for gay marriage supporters, it's potentially a very incomplete one. But for now, it's hard not to thrill at reiterations of basic principles, like this one: "The people may not employ the initiative power to single out a disfavored group and strip them, without a legitimate justification, of a right as important as a right to marry."