We are the 98 percent 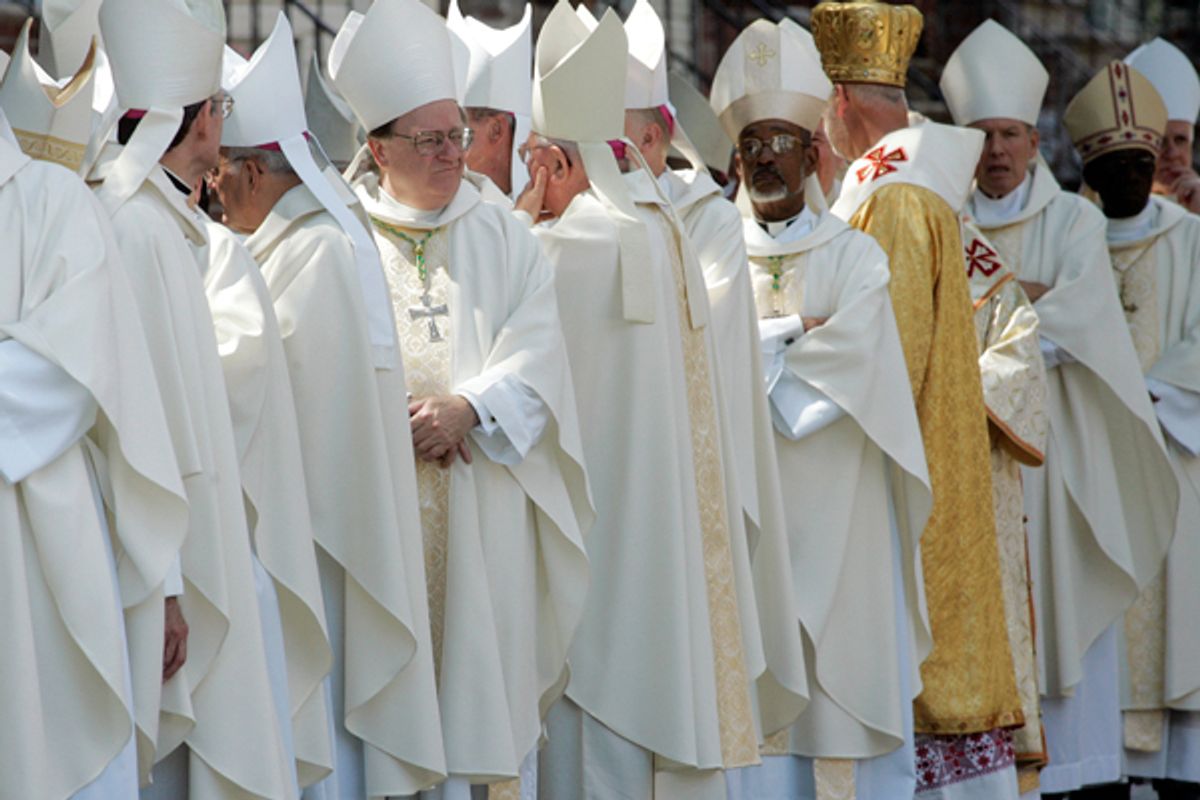 The Obama administration is facing a political crisis for making a common-sense decision: acting on the Institute of Medicine's recommendation that health insurance plans cover contraceptive services. This is a test for the forces that mobilized to get the Susan G. Komen Foundation to reverse its politically cowardly decision to cut funding for Planned Parenthood. Clear political thinking about women's health made a comeback in the backlash against Komen's move; we need to make sure that clear political thinking prevails on the new Health and Human Services contraception regulations, too.

Predictably, the GOP presidential candidates are whacking Obama on the issue; fittingly, Rick Santorum is surging again, as this latest battle in the culture war rages. As always, the biggest hypocrite is  Mitt Romney, who is attacking the president's decision even though he went along with the same regulations in Massachusetts. And when the state enacted the universal health insurance law he used to be proud of, it covered the same "family planning services" as the new HHS regulations.

I knew the president's decision would be controversial, but I underestimated the firestorm he would face. Since 98 percent of Catholics practice forms of contraception forbidden by the church at some point in their lives, according to the Centers for Disease Control, I assumed many of them would speak out in favor of the new regulations. How could they expect the president to follow church teachings if they did not?

I was wrong. Too many Catholics are insisting that while they may personally disagree with the church on contraception, they defend the bishops' opposition to the HHS moves as a matter of "religious liberty." Others are silent. But silence lets the most right-wing forces of reaction prevail. It's time for the 98 percent to speak up.

This is indeed a matter of religious liberty – the liberty of non-Catholic women who work for Catholic employers to have the full spectrum of healthcare coverage, regardless of what the church believes.

Twenty-eight states already require church-run agencies to cover contraception in the health insurance they provide employees. Catholic Charities sued to oppose the regulation in New York, and lost. The world didn't end; Catholic agencies in New York and those 27 other states now cover contraception. And they should: Women who have access to family planning services have lower infant mortality rates and healthier babies than those who don't. Others take the birth control pill to deal with endometriosis or other reproductive system issues. Contraception has to be part of comprehensive healthcare for women.

On MSNBC's "Morning Joe" Tuesday, Obama campaign strategist David Axelrod left the door open to a compromise with the bishops. That sounded dangerous. The worst move for the administration would be to take a courageous stand, rile up the right wing and Catholic bishops, and then cave and demoralize the women's health advocates who are mobilizing to support the president. Later on "Daily Rundown" liberal Catholic E.J. Dionne suggested possibilities for compromise on the issue, while ultra-conservative George Weigel shot him down. There will be no "compromise" that leaves everyone happy. Either this is a matter of equity and the right approach to women's health, or it's not. And Catholics who ignore the church's teaching on this issue have a special duty to speak up.