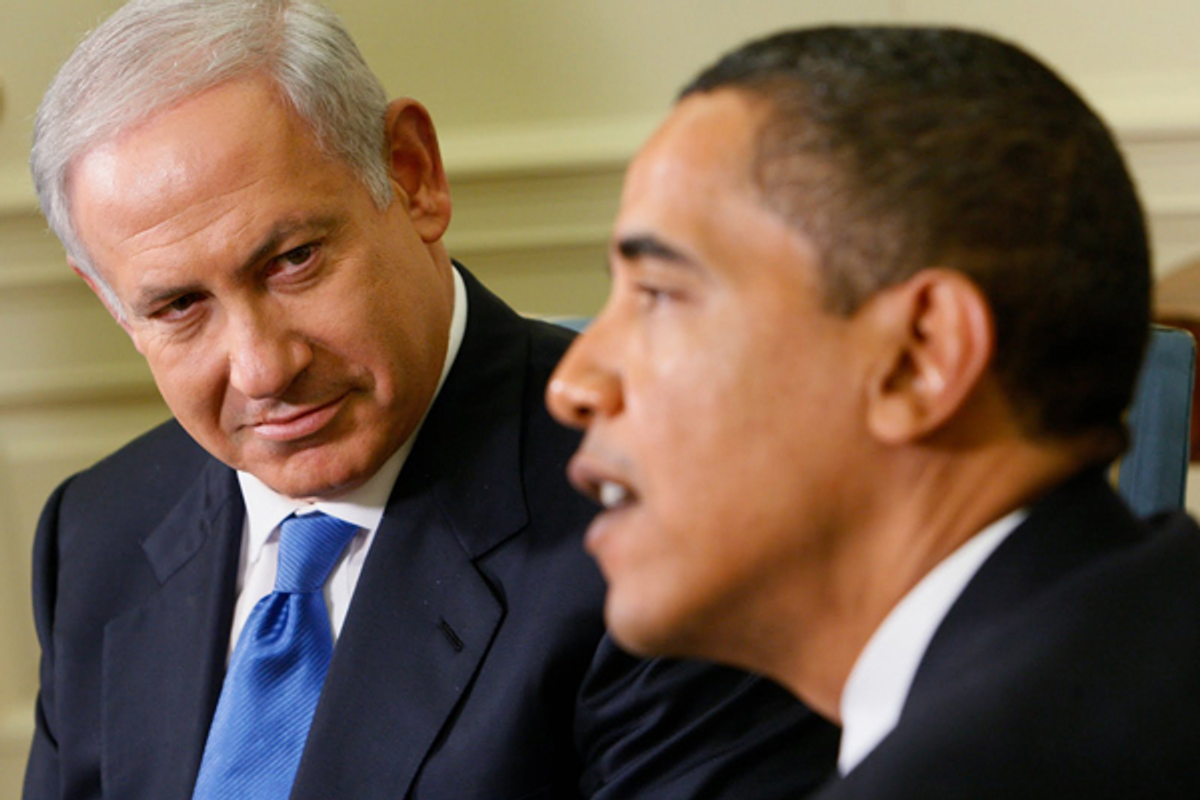 After being elected in large part because he’d opposed a “dumb” war in Iraq, President Obama finds himself confronting an even dumber one in Iran. Exponentially dumber, actually.

Slow them down, probably. Stop them, no. Short of a full-scale invasion and occupation of a nation three times larger than neighboring Iraq in population and five times larger in land area, that can’t be done. Global disapproval didn’t stop North Korea, Pakistan or, for that matter, Israel.

Exponentially dumb because it could set the entire Middle East aflame.

You’d think the Israelis, of all people, would recognize that threatening a people with death and destruction hardens their resolve. Yet the New York Times reports that Israeli Prime Minister Benjamin Netanyahu “told visitors that he believes the Tehran government to be deeply unpopular, indeed despised, and that a careful attack on its nuclear facilities might even be welcomed by Iranian citizens.”

Yes, and Dick Cheney predicted that U.S. forces invading Iraq would be greeted with candy and flowers. “Most analysts [in Jerusalem] and abroad,” the Times noted cautiously, “take a different view.” Indeed, historical examples of civilian populations cheering on aerial bombardments are rare, if not nonexistent. Despite his and Cheney’s obvious affinities, one would expect Netanyahu to be made of saner stuff.

Assuming that the Israeli prime minister’s motives for threatening a unilateral Israeli strike against Iranian nuclear facilities are as reported. I suspect they are not. To put it bluntly, it’s not so much the regime in Tehran that Netanyahu is keen to destabilize as the one in Washington. The question now is how far he’s willing to take it.

Despite media chatter about “red lines” being crossed, it’s hard to point to anything the Iranians have done to provoke the current crisis. They’ve been trash-talking since 1979. Otherwise, no Iranian armies are massing. With its navy badly outgunned in the Persian Gulf, and a vestigial air force scarcely capable of defending against Israeli bombers, Iran sits surrounded by U.S. bases in Turkey, Saudi Arabia, Iraq, Pakistan, Afghanistan — well, everywhere.

Iran’s last military action of any consequence was its catastrophic 1980s war with Saddam Hussein’s Iraq, during which it suffered more than a million dead. The Persians haven’t actually invaded anybody for more than 300 years. The Shiite regime’s expanded regional influence came about as an unintended consequence of the U.S. invasion of Iraq.

For what it’s worth, the Ayatollahs deny any intention of attacking the “Zionist Entity”— despite frequently wishing that it would vanish from the earth. Even Iranian clients Hezbollah and Hamas have been mostly quiet. With Iran’s economy faltering under economic sanctions engineered by the Obama administration, and much of its population seething with resentment amid an acrimonious feud between President Ahmadinejad and Supreme Leader Khameni, the Tehran regime’s got all it can do to survive, much less to start a suicidal conflict with Israel — not to mention the United States.

But when articles invoking the Holocaust and urging “creative destruction” in Iran appear on the same day (Feb. 7) in the Washington Post, Wall Street Journal, Newsweek and Bloomberg News, a skeptical observer might be forgiven for suspecting a well-coordinated propaganda campaign.

Netanyahu appears to see an Obama second term as an impediment to further Israeli expansion into the West Bank — or “Judea” and “Samaria,” as Likudniks style it — and has cast his lot with the Republican right. He’s made public appearances with notables like Glenn Beck and “End Times” evangelist John Hagee. Adelson himself has pledged his vast resources to Obama’s defeat.

In his State of the Union speech, President Obama reiterated his determination to prevent Iran’s getting nuclear weapons. He said he was “taking no options off the table.” But he also expressed hope that international sanctions could lead to a peaceful resolution.

On cue, Washington Post columnist Richard Cohen called this “startlingly naïve.” Only a fool or a Frenchman, the same pundit once opined, could doubt the existence of Saddam Hussein’s WMD. Bombs away!

President Obama also reportedly dispatched Joint Chiefs Chairman Gen. Martin Dempsey to Israel to warn Netanyahu that if he tries to force the United States’ hand, he’s on his own.

But can he make it stick?

For his sake and everybody else’s, he’d better.