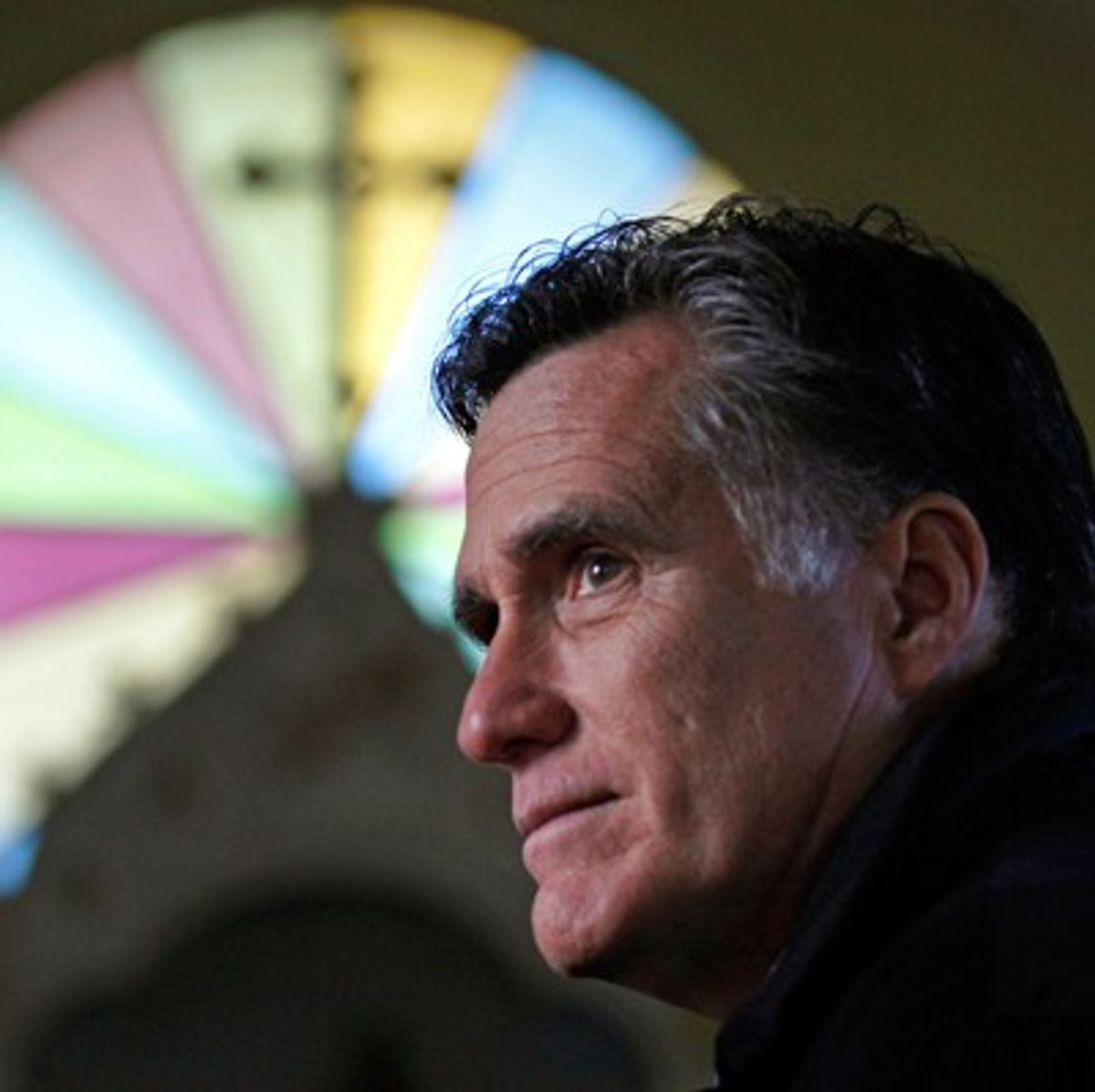 Cracking down on contraception was never the way for Mitt Romney to ingratiate himself with voters in Massachusetts, even the Roman Catholics who mostly see it as a moral neutral. Now that that position is coming back to haunt Romney like the ghost of Christmas past, he's taking cover with the religious right. And after last night’s surprising three-state sweep by social conservative Rick Santorum he'll need all the cover he can get.

Some Catholic leaders in Massachusetts are already (finally) speaking up against what they see as Romney’s politically convenient about-face in the emergency contraception debate. C.J. Doyle, executive director of the Catholic Action League of Massachusetts, told Salon he didn't want to "let Romney off the hook because the initial injury to Catholic religious freedom came not from the Obama administration but from Romney's administration"; he explained that there was a preexisting exemption for religious institutions already in the Massachusetts law that was stripped out on the advice of Romney’s gubernatorial legal counsel. "President Obama's plan certainly constitutes an assault on the constitutional rights of Catholics, but I'm not sure Governor Romney is in a position to assert that, given his own very mixed record on this."

Doyle said Romney was “very consistent at working both sides of the street on the same issue,” but his record on this has been “one of cynical and tactical manipulation.”

He agreed that Romney’s old pro-choice agenda has been somewhat overlooked by his conservative religious brethren. Romney can only pray that they hold off, and they may do so just as long as he continues to kowtow to them. Coming out in favor of the Susan G. Komen Foundation’s decision to pull the funding plug on Planned Parenthood covered his right flank this week, though evidently not well enough for conservative voters. Romney said, unequivocally, that the government should follow suit, but yesterday’s election results could complicate his well-documented problems motivating conservative voters.

It all seemed to reach a crisis point in the campaign as voters spent yesterday coalescing around Santorum, the staunchest social conservative in the race. Santorum won first in the Missouri primary, then in Minnesota’s caucuses and, finally and most impressively, in Colorado, which Romney had dominated with 65 percent of the vote four years ago.

None of these contests award delegates, but the results are gloomy for a candidate looking to consolidate his lead. Newt Gingrich’s best showing for the day was a third in Colorado but, with Santorum, he's giving Romney a fright.

Romney is suddenly now so opposed to contraception that he vowed this week to eliminate all funding for federal family planning and make women pay out of pocket for birth control. That’s a long way from what’s on offer in the Bay State thanks to our former governor.

Going way back to 1994, when he backed abortion rights as a Senate candidate, Romney’s wife, Anne, made a $150 gift to Planned Parenthood on their joint checking account. The Boston Globe published this photo, which shows Romney at the fundraising event for Planned Parenthood in Cohasset, Mass. By 2002 he was back on the campaign trail again, this time as a gubernatorial candidate promising to maintain the family-planning status quo in Massachusetts.

Caught back-footed, Romney just issued a petition attacking the president for “using Obamacare to impose a secular vision on Americans.” He said that “this kind of assault on religion will end if I'm president of the United States."

His strategy has been working, sort of, because leading conservatives have largely laid off. James Dobson, a leader of the religious right,  declined a request for comment on Romney’s reversal of the emergency contraception exemption or, going back further, his run for the Senate as a pro-abortion candidate. So did his former group, Focus on the Family.