A birth-control compromise could divide the right 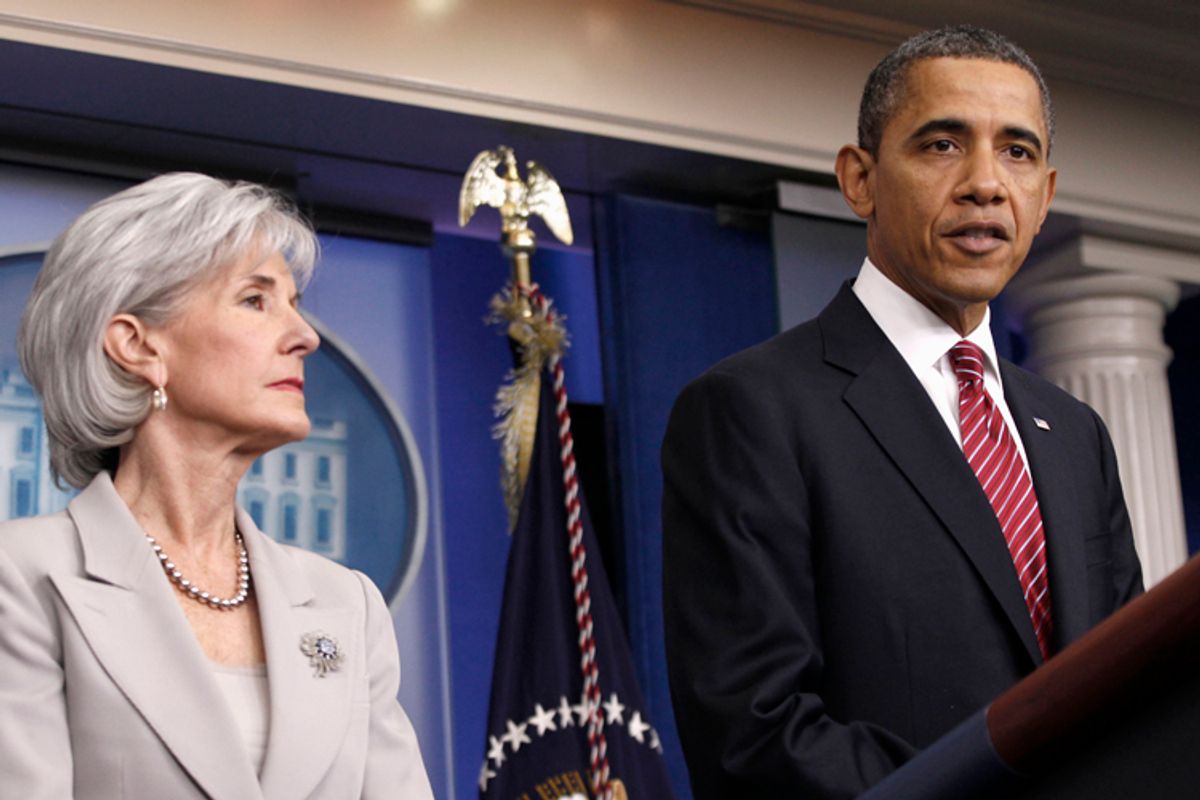 Call it the Taco Bell frontier. When President Obama personally announced today that the foretold compromise on contraceptive coverage would involve insurers' directly offering no-co-pay contraception to women whose employers object, he wasn't trying to placate the U.S. Conference of Catholic Bishops, who made it clear this week that they were uninterested in anything resembling compromise. He was talking to moderates who might be horrified to learn how far the USCCB wanted to take things.

Anthony Picarello, that group's general counsel, told USA Today that "We're not going to do anything until this is fixed," meaning removing the requirement for fully covered birth control from the healthcare law altogether, because there are "good Catholic business people who can't in good conscience cooperate with this." He added, "If I quit this job and opened a Taco Bell, I'd be covered by the mandate."

That was getting greedy. As long as the USCCB and Republican opportunists could intimate that Obama was forcing pious priests to offer birth control pills instead of communion, they had a shot at reframing this debate about religious liberty instead of equal access to healthcare for women. But once the bishops made it clear they would take their opposition to birth control to the bitter end -- past not only employees of Catholic hospitals and universities, and to all American women interested in no-cost birth control -- they lost.

Because, of course, this isn't about religious liberty, as the bishops admitted long ago. "We consider [birth control] an elective drug," the bishops' spokesman told the Daily Beast's Dana Goldstein last summer, before the guidelines to fully cover contraception were adopted. "Married women can practice periodic abstinence. Other women can abstain altogether. Not having sex doesn't make you sick." While this may not be realistic or good public-health policy, at least it's honest about what world they really want for women.

Today, the "accommodation," as it was being described, has the support of major pro-choice groups, including Planned Parenthood, that were lobbying for the coverage mandate from day one. It also has evidently placated the same Catholics who were willing to work with the Obama administration before on healthcare reform -- namely, Sister Carol Keehan of the Catholic Health Association. That's the same official whom pundits had earlier been complaining had been thrown under the bus.

Meanwhile, pro-choicers who had been worried that the Obama administration would heed the indignant cries of the likes of E.J. Dionne and Joe Scarborough over the numerous public opinion polls showing the policy's popularity -- or the prospect of an energized female vote, for that matter -- are instead declaring a tactical victory. "The only losers right now are the Catholic bishops, who have become increasingly marginalized within society and even within the church," wrote Frances Kissling, a former president of Catholics for Choice. The bishops themselves conceded as much with their relatively toothless statement today, calling this "a first step in the right direction.”

Add to that list Republicans who still believe birth control limits are a winning issue for them. They should check their numbers. About an hour after the compromise was announced, Mitt Romney was onstage at CPAC promising to defund Planned Parenthood, a group that, objectively, seems to be having a pretty good month.

Kissling added, "When the White House cares more about what a simple Catholic sister, [Keehan], thinks than about what the bishops think, Catholic women can applaud." Provided the policy kinks can be worked out and women can still be guaranteed to get no-cost birth control privately and without major hurdles, we all can.