The right-wing hawks who thought Iraq would be a cakewalk think it'd be easy to attack Iran. Real soldiers say no. 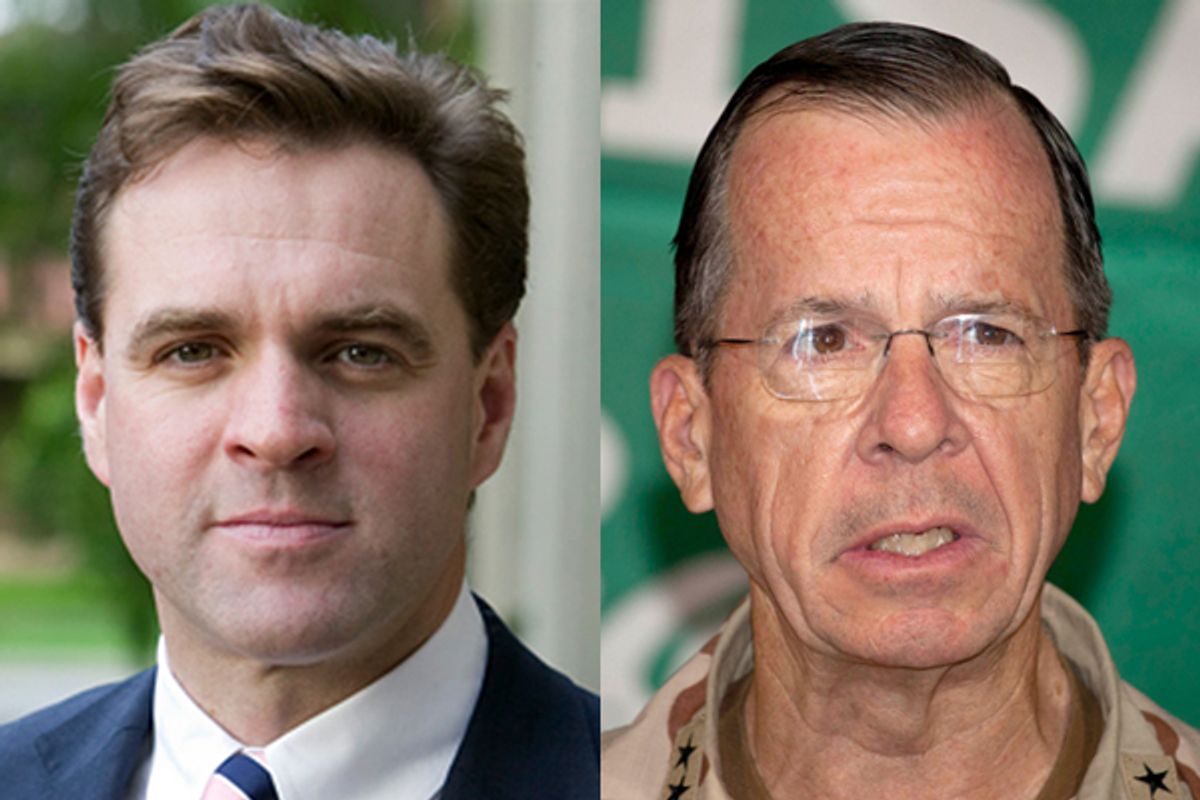 In February 2003, less than a month before the U.S.-led invasion of Iraq, Gen. Eric Shinseki told a hearing of the Senate Armed Services Committee that “Something on the order of several hundred thousand soldiers” would be required to occupy Iraq in order to stabilize it in the wake of an invasion.

What quickly followed is well known. Several days later, in what journalist James Fallows called “probably the most direct public dressing-down of a military officer, a four-star general, by a civilian superior since Harry Truman and Douglas MacArthur, 50 years ago,” Deputy Secretary of Defense Paul Wolfowitz called Shinseki’s estimate “wildly off the mark,” and said that “it’s hard to conceive that it would take more forces to provide stability in post-Saddam Iraq than it would take to conduct the war itself.”

The cavalier dismissal by civilian officials and conservative pundits of military analysts’ predictions of the likely consequences of the Iraq war was symbolic of the entire hubristic enterprise. Over $800 billion and tens of thousands of civilian casualties later, the idea that America can deal with its problems and create specific outcomes simply through the application of its considerable military might is rightly understood as a mirage.

Fortunately, when it comes to the challenge posed by Iraq’s neighbor Iran, the current administration has shown itself to be far more reality-based. But this hasn’t stopped many pundits from making similar calls for military action, though now thankfully doing so from outside the halls of power. As with Iraq, these calls for action are couched in the rosiest of post-strike scenarios, which fly in the face of what a preponderance of military and civilian analysts have predicted would have extraordinarily negative consequences.

The latest upsurge in calls for military action against Iran began with a piece in Foreign Affairs by Matthew Kroenig, a former  analyst at the Pentagon and fellow at the Council on Foreign Relations, titled “Time to Attack Iran.” The U.S. should carry out limited strikes on Iran’s key nuclear facilities, Kroenig argued, and could “reduce the political fallout of military action by building global support for it in advance.” “By building such a consensus in the lead-up to an attack and taking the outlined steps to mitigate it once it began,” Kroenig wrote, “the United States could avoid an international crisis and limit the scope of the conflict.”

The Internet quickly worked its magic, as numerous writers dismantled the elements of Kroenig’s argument. Among the most effective and devastating rebuttals came from Kroenig’s own former Pentagon boss, Colin Kahl, who wrote that Kroenig’s “picture of a clean, calibrated conflict is a mirage. Any war with Iran would be a messy and extraordinarily violent affair, with significant casualties and consequences.”

Regardless of its weaknesses, Kroenig’s piece opened the floodgates to calls for military action against Iran. Indeed, in a great demonstration of the Overton Window theory, many advocates of war have suggested that Kroenig did not go far enough, and that we should not settle for less than the end of the Islamic Republic of Iran.

“War is an evil. But sometimes a preventive war can be a lesser evil than a policy of appeasement,” wrote historian Niall Ferguson. “It feels like the eve of some creative destruction.” Illustrating the enormous chasm between clever and smart, the Foreign Policy Initiative’s Jamie Fly and the American Enterprise Institute’s Gary Schmitt suggested that, well, if we’re going to be there anyway, we shouldn’t stop at the nuclear sites, but instead go all the way and destroy the Iranian regime. “If strikes are chosen,” they wrote, “it would be far better to put the regime at risk than to leave it wounded but still nuclear capable and ready to fight another day.” The Wall Street Journal’s Brett Stephens concurred. “Destroying Iran's nuclear sites will be a short-lived victory if it isn't matched to the broader goal of ending the regime,” Stephens wrote. “The ultimate remedy is Iranian regime change,” chimed in Washington Post columnist Richard Cohen.

As with the calls for war against raq, what all of these pieces share is a shockingly blithe attitude toward the likely costs of such a war, and a failure to seriously grapple with the consequences. (Though, it must be said, Niall Ferguson’s stands out for the clubby, back-slapping brio with which he advocates the “creative destruction” of Iran. Omelettes, eggs, right?)

But as with Iraq, perhaps even more so, U.S. military leaders have repeatedly made clear that they believe those consequences would be severe. Let’s review: In testimony to the Senate Armed Services committee in April 2010, then-Joint Chiefs Vice Chairman Gen. James Cartwright said that strikes would, at best, only delay the Iranian nuclear program for a few years, while at the same time solidifying Iranian domestic support for the regime and removing any hesitancy that may have existed over the necessity of obtaining a nuclear weapon.

Asked by Sen. Jack Reed whether the only way to prevent Iran from achieving a nuclear capability was “to physically occupy their country and disestablish their nuclear facilities,” Cartwright answered: “Absent some other unknown calculus that would go on, that’s a fair conclusion.”

Cartwright’s comments echoed those of retired Gen. Anthony Zinni from a speech at the New America Foundation in September 2009. Zinni said that he liked to respond to advocates of strikes on Iran with “And then what?”

“Because, eventually, if you follow this all the way down, eventually I’m putting boots on the ground somewhere,” Zinni concluded. “And as I tell my friends, if you liked Iraq and Afghanistan, you’ll love Iran.”

Former Joint Chiefs of Staff Chairman Adm. Mike Mullen also made a point of highlighting the costs of military action, telling a forum at Columbia University in 2010, “Iran getting a nuclear weapon would be incredibly destabilizing. Attacking them would also create the same kind of outcome … In an area that's so unstable right now, we just don't need more of that.” Weekly Standard editor Bill Kristol dismissed this as “silly.”

Needless to say, it’s not silly. It’s deadly serious. This is not to suggest that debates over the appropriateness of military action should be the exclusive purview of the military. But when the overwhelming consensus among those in the business of war is that such action would have hugely negative consequences, that should tell us something. It should also tell us something when those who disagree do so entirely on the basis of best-case scenarios.