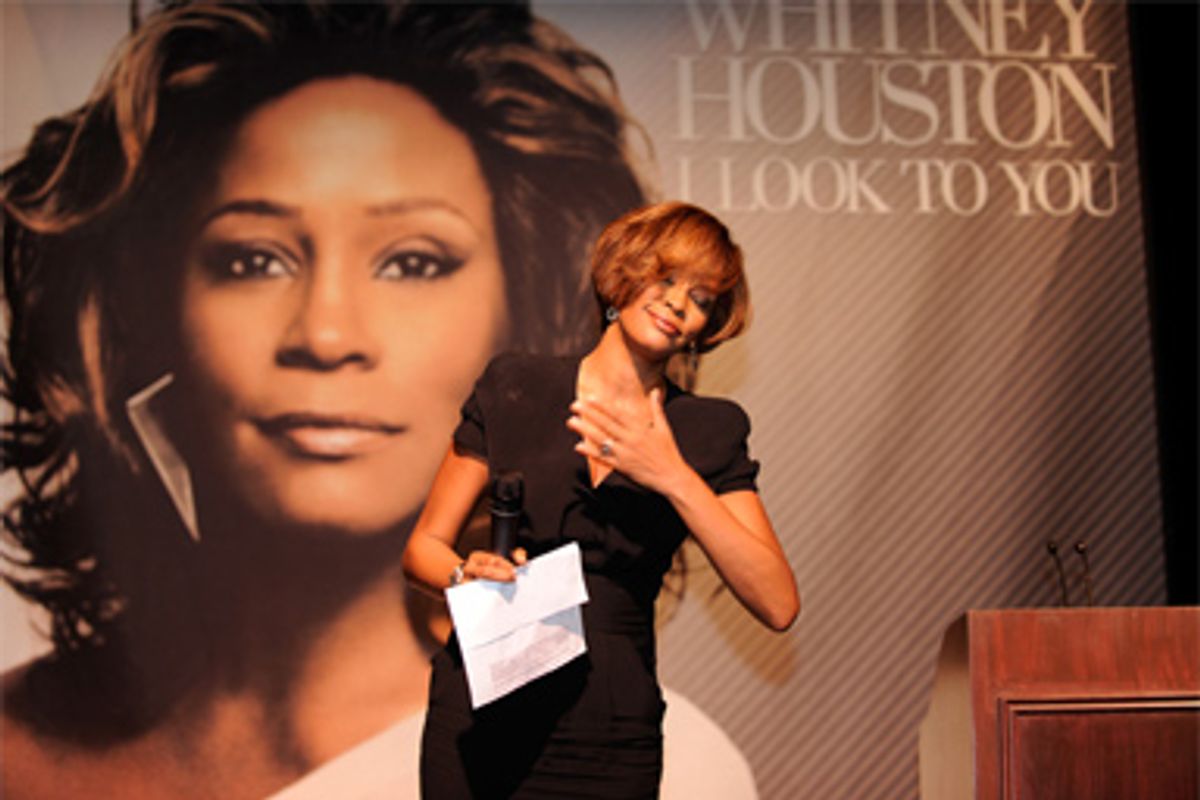 Before the tragic tabloid headlines, the "crack is wack" denials and the tumultuous marriage to Bobby Brown, pop/soul diva Whitney Houston towered over the music world in the mid-1980s and early '90s.

Houston died Saturday in Beverly Hills, on the eve of the Grammy Awards. She was 48.

She sold 200 million records worldwide, won six Grammys, two Emmys and nearly two dozen American Music Awards. Hits like "How Will I Know," "Saving All My Love For You" and "I Wanna Dance With Somebody" ruled the pop charts -- and made her one of the few singers who could be identified by one name.

With royal music roots -- the daughter of gospel sensation Cissy Houston, the cousin of Dionne Warwick and the god-daughter of Aretha Franklin -- she seemed destined to become a pop queen. But drugs and erratic behavior helped tear her career down.

"The biggest devil is me. I'm either my best friend or my worst enemy," Houston told Diane Sawyer in a 2002 interview, with Brown by her side.

Let's remember her at her peak, with some of her biggest hits:

"Saving All My Love For You"

"I Wanna Dance With Somebody"

"Star-Spangled Banner" at the Super Bowl

"I Will Always Love You," Grammy performance

"How Will I Know"