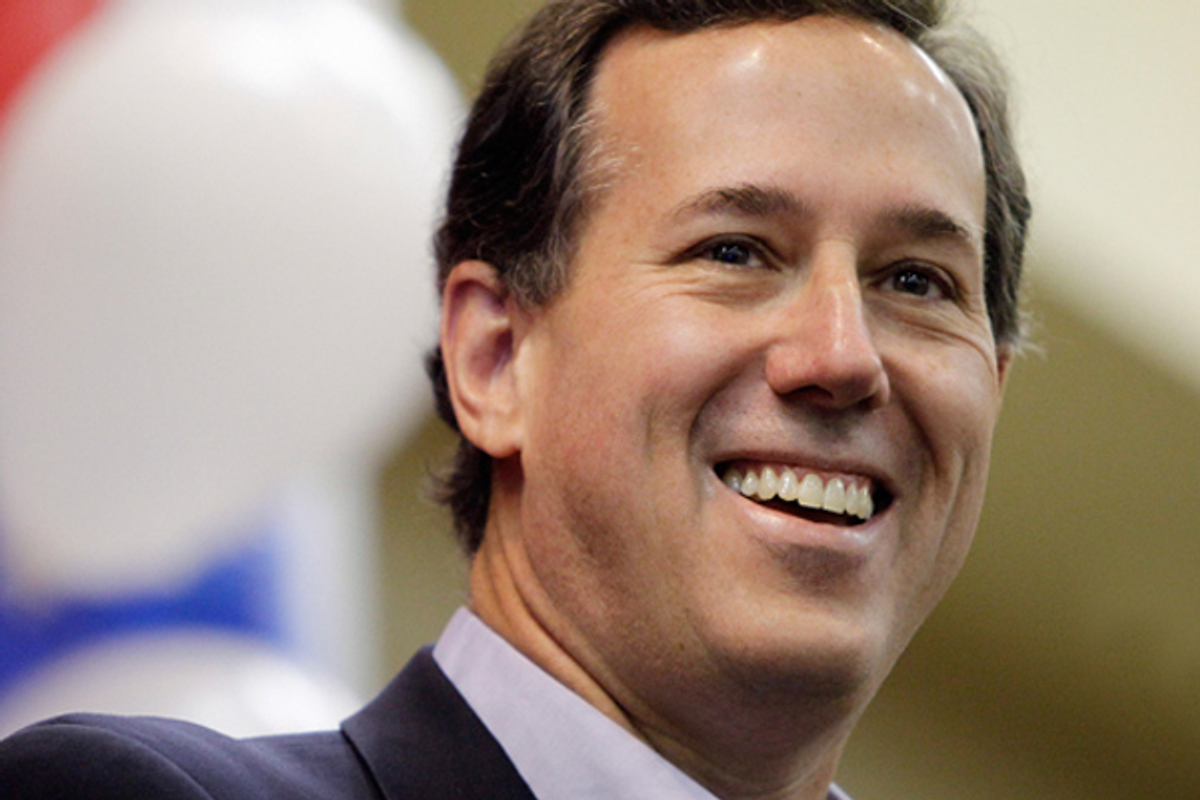 If any state was going to produce a Republican who might understand the dangers of unbridled oil and gas drilling -- and specifically, of the drilling process known as "fracking" -- you would think it would be Pennsylvania.

The state, after all, is the home of Dimock, a town near the crucial Delaware River watershed that has become the Erin Brockovich-worthy example of what can go wrong when fracking goes completely unregulated. As Vanity Fair reported in its shocking 2010 expose of the situation, Dimock is "the place where, over the past two years, people’s water started turning brown and making them sick, one woman’s water well spontaneously combusted, and horses and pets mysteriously began to lose their hair." Similarly, the state has most recently seen a massive fracking blowout in Canton -- one in which the Environmental Protection Agency subsequently found evidence of contaminated groundwater. And it is the state where a landmark Duke University study found "evidence for methane contamination of drinking water associated with shale-gas extraction."

So when former Pennsylvania senator turned Republican presidential candidate Rick Santorum late last week cited his roots in the Keystone State as reason to support more fracking and oppose any regulation of the process, it provided a disturbing example of the power of Big Money over our political system.

I don't know for sure what sickened residents of Dimock or Canton would say in response to Santorum's declaration that "nothing's going to happen" -- nor do I know for sure what the response would be from the Oklahomans who, according to the U.S. Geological Survey, have likely experienced pretty serious earthquakes thanks to fracking. My guess is that they wouldn't cheer on such statements from a lowly city councilman, much less a presidential candidate -- and they almost certainly wouldn't mimic the right-wing activists who wildly cheered on Santorum's head-up-the-ass statements.

That's just a guess, of course -- but what isn't a guess is that Santorum has now put himself squarely to the far right of both the already-conservative Pennsylvania Republican Party and even the drilling industry itself.

As the Associated Press reports, the state's Republican legislators just passed a bill "that could force Pennsylvania's booming natural gas industry to help pay for a wide range of state and local government programs [and] toughen safety standards" for fracking. While the GOP bill is certainly not perfect -- AP reports that "environmental groups were split over the bill, and the industry has been largely silent on it" -- unlike Santorum, it at least acknowledges the reality of the health and safety concerns surrounding fracking. The legitimacy of such concerns are conceded even by the fracking industry in Pennsylvania: As Santorum's hometown CBS affiliate previously reported, "The president of the Marcellus Shale Coalition, which represents natural gas companies, said the group now believes the natural gas exploration industry is partly responsible for rising levels of contaminants found in area drinking water." And that admission came before the EPA's headline-grabbing revelation of groundwater contamination in heavily fracked Pavillion, Wyo.

Considering this, Santorum's, ahem, controversial position can only be explained as the behavior of a person who not only famously doesn't actually live in Pennsylvania, but more important, was long ago bought and paid for by the oil and gas industry.

As the Center for Responsive Politics reports, Santorum is one of the top U.S. Senate recipients of campaign contributions from the oil and gas industry -- and what makes those numbers so stunningly outsized is the fact that he remains one of the top Senate recipients even though the last time he ran for Senate was in 2006. Put another way, this is not a run-of-the-mill legislator who happened to get a few afterthought contributions from the industry; this is a guy who was such a sycophantic apostle of the industry that he received enough oil and gas money to keep him on the top-recipient list a full six years after he was voted out of office -- that is, a full six years after he raised a single dollar for a Senate campaign. In baseball terms, it's the equivalent of Hank Aaron racking up so many home runs that he was able to hold the record well after he retired -- only with Santorum, it's not home runs, it's oil and gas cash.

For the industry's part, spending that kind of cash was clearly brilliant. With Santorum ahead in national Republican presidential primary polls, the oil and gas money has presciently purchased a potential major-party nominee who gives them an unthinkably powerful spokesperson: a candidate willing to actually cite his fracking-scarred state as reason to support less regulation of fracking. As expenditures go, that's about the best political investment money can buy.