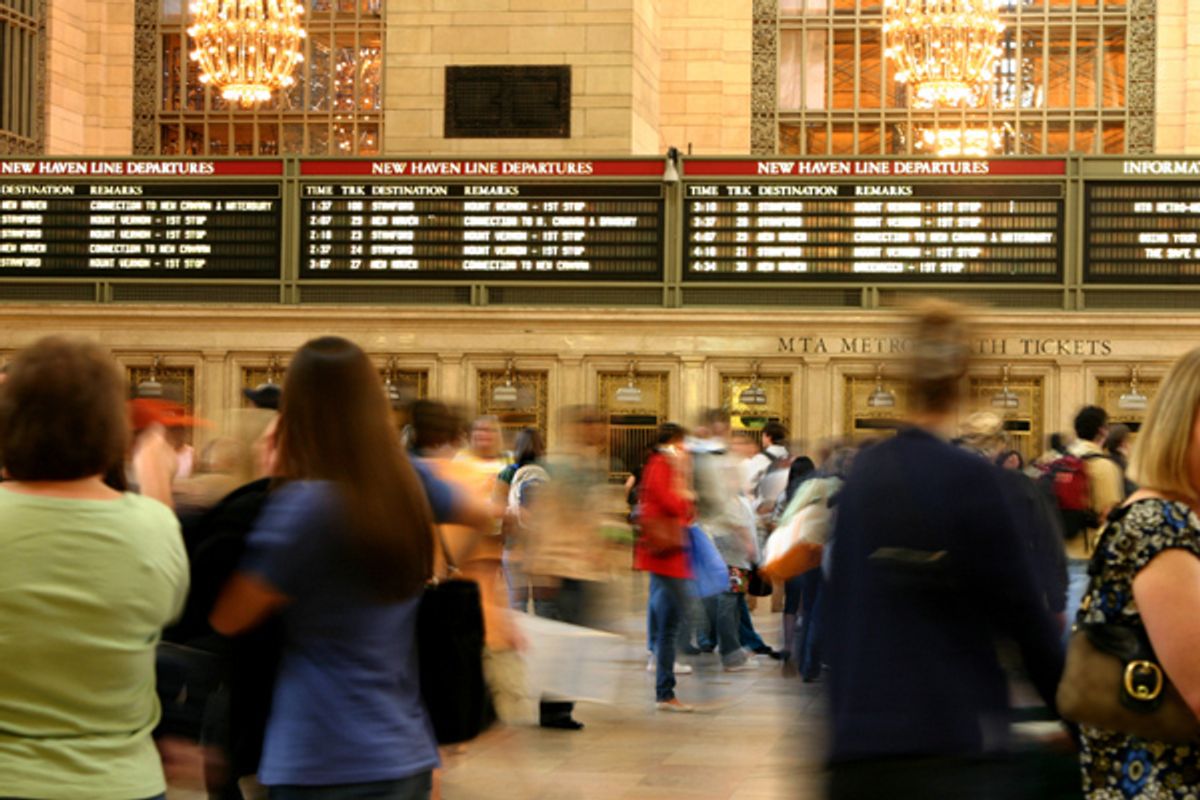 In the week since House Republicans introduced their proposed transportation bill, one thing has become clear: It has virtually nothing to do with fiscal responsibility.

The Tea Party soared to power on the notion that it was the antidote to wasteful government spending. It's now clear that reigniting the culture wars was a top priority, too. From guns to abortion, the extremist wing of the Republican Party has fought to turn back the clock on many socially progressive ideals.

Mass transit is its newest target.

"Federal transportation and infrastructure policy has traditionally been an area of strong bipartisan agreement," says Aaron Naparstek, a Loeb Fellow at Harvard University's Graduate School of Design and founder of Streetsblog.org. "Now, it seems, Republicans want to turn cities into a part of the culture wars. Now it's abortion, gay marriage and subways."

And there's the rub. "The Tea Party leaders and the Republicans who pander to them do not care about cost-effectiveness in the slightest," wrote blogger Alon Levy in a comment about the bill on the Transport Politic. "They dislike transit for purely cultural and ideological reasons." To the Tea Party, transit smacks of the public sector, social engineering and alternative lifestyles.

How do we know this is a cultural battle and not an economic one? Because transit spending is far more fiscally fair than spending on roads and highways. Transit riders subsidize roads to a greater degree than drivers subsidize transit. And cities, which are the chief engines behind the American economy, rely on buses and trains to function. "The economic future for states hinges largely on the performance of their metropolitan economies," determined a recent Brookings Institution study.

Tea Party leaders know all of this. But they also knew that defunding NPR wouldn't help balance the budget, and they voted to do it anyway. They knew that by law no federal money can go toward abortion services, yet they voted to defund Planned Parenthood too. The Tea Party is superb at disguising cultural battles as the pursuit of responsible thrift. And mass transit exists at the vortex of many of their No. 1 ideological targets. It's brilliant, when you think about it.

Defunding transit is how you smack down urbanites, environmentalists, and people of color, all in one fell swoop. It's how you telegraph a disdain for all things European. It's how you show solidarity with swing-state suburbanites who don't understand why their taxes are going toward subways they don't even use. And it's how you subtly reassure your base that you're not concerned about the very poor.

Republicans haven't pretended to care about cities for decades. In January, none of the candidates showed up to the annual Conference of Mayors. (Two of them didn't even RSVP.) And even just a month ago, you could argue, as this website did, that "today cities are more ignored than attacked" by Republicans. But the calculus just changed. The transportation bill sends an aggressive message: "Tea Party to Cities: Drop Dead."

It doesn't matter to the Tea Party that Ronald Reagan, in 1982, created the Mass Transit Account that Republicans now want to kill. Reagan was no friend to cities. But even he earned a respectable share of the vote in New York, Philadelphia and San Francisco. Things hadn't yet gotten so personal.

That era is over. Over the past couple of decades, the GOP has found that bashing "elites" can translate into victory at the polls. And by "elites" they don't mean folks with Chevy Tahoes and McMansions in the exurbs. They mean urbanites, no matter what their net worth. When they tar Nancy Pelosi as a San Francisco liberal, or Barack Obama as a Chicago politician, they're not just referencing those cities' stereotypes. They're referencing the stereotypes of city culture itself: full of swindlers and gays and blacks and other suspect types. Calling Obama the "food stamp president" conjures up images of housing projects. Sarah Palin calling small-town folks "real America" states unequivocally that urbanites aren't real Americans. The offensiveness of that statement still boggles the mind.

The Tea Party plan to decimate transit is no less explicit a statement. "House Republicans are, essentially, declaring war on cities in the federal transportation bill," tweeted Naparstek. It's not just that they know they can't expect many votes from urban dwellers -- that at least would be political calculus. It's that they despise cities in general. They see "smart growth" principles as a U.N. plot, gun control as fascist, and funding for transit not just as wasteful, but un-American. Don't like it? Get a car like the rest of us.

The House transportation bill will not become law, but that doesn't make it benign. Like the debt ceiling battle, it could become a political bargaining chip, or reframe the national debate: Maybe cities are getting more than their fair share? Are we overspending on transit? Why should I help fund some faraway bus system? It plants these questions in voters' minds.

This is why transit advocates are apoplectic, and why Transportation Secretary Ray LaHood (a former Republican congressman) called it "the worst transportation bill I've ever seen in 35 years of public service." If conservatives have truly decided that transit is next on their culture war hit list, anyone who believes in the importance of cities had better start firing back right now.