Rombo's got nothing on Santorum 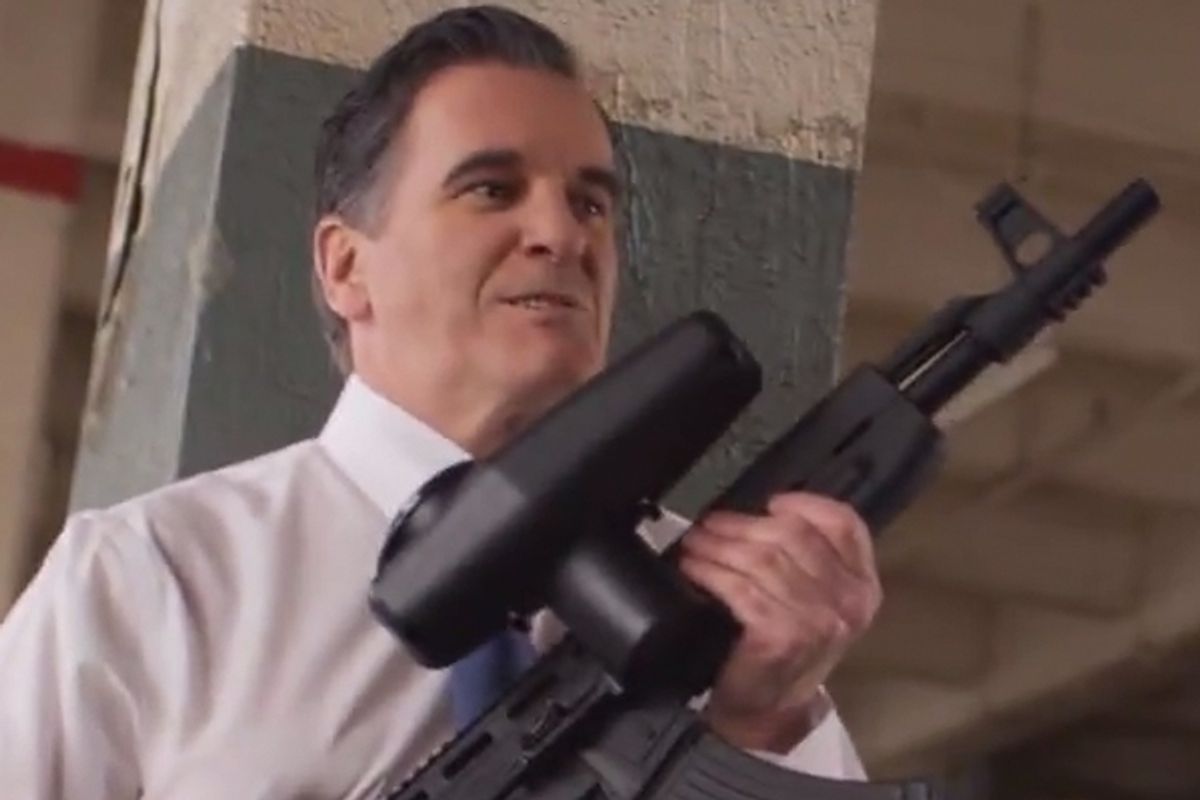 I've been saying for a while that I'm not taking the Rick Santorum surge seriously -- but on "Now with Alex Wagner" last week, Steve Kornacki predicted the Minnesota, Missouri and Colorado contests would be big for Santorum, and I've got to give him credit there.

One part of my Santorum skepticism is I can't believe even GOP primary voters will nominate a guy who's running for Pope, not POTUS. His extremism on contraception and his backward views about family life can't even make sense to Republicans, half of whom supported President Obama's contraception-coverage mandate in the latest New York Times/CBS poll, v. 44 percent who disapprove.

The other factor in my dismissing Santorum is that I've assumed Romney's money would demolish Santorum the way it did Gingrich. And it may yet. But if Wednesday marked the opening of Romney's scorched-earth campaign against Santorum, it didn't scorch anything.

Romney's anti-Santorum ads are weak tea, compared with his ads against Gingrich.  I even went to Rickfacts.com to find the outrages behind the ads. There aren't any. Maybe Tea Party voters can get exercised over Santorum's support for earmarks, raising the debt ceiling and other government spending, but I sort of doubt it. The worst thing Romney's got on him is that he voted to restore the voting rights of certain felons, along with Hillary Clinton, in 2003. That makes me like Santorum a little bit, which I'm sure is a sign it will appall the Tea Party. Still, Clinton isn't as polarizing as Nancy Pelosi, who relishes her role in bringing Gingrich down with that cozy, couch-sitting climate change ad. Romney's new barrage makes me wonder if maybe, there isn't that much material to use trashing Santorum. Or at least not much that Romney can use.

The Obama campaign would have endless material, should Santorum survive the Romney contest. But the former Massachusetts governor can't attack Santorum's extremism, because on most social issues he's gone out and joined him over on the far right. Now, MSNBC's Joe Scarborough says Romney folks are quietly behind several new media revelations about Santorum's contraception extremism. But Romney can't blast him in ads when he's trying to join his side in the culture wars.

On "Hardball" today, former Mike Huckabee campaign manager Chip Saltsman advised Romney to be himself, to run on his record – as a family man, a business man, a governor, and the head of the Salt Lake City Winter Olympics. But I don't think it's that easy. Romney and Santorum both have big, lovely-looking families. That's a draw. He tried to run on his record as a "job creator" and business maven at Bain Capital, but it turns out he was also a job destroyer and his Bain role is part of what makes him the face of the top 1 percent. Attention to Romney's business record was actually disastrous for him.

Of course, his record as the Republican governor of a blue state, who paved the way in providing universal health insurance and accommodated Massachusetts liberalism on reproductive health, might really help him in a match with Obama, if he gets there. But he's abandoned most of the positions that might attract independents and speak to his ability to get beyond the partisan gridlock everyone supposedly hates – a pitch that worked for a first-term senator from Illinois in 2008. Besides, that wouldn't be much help during the primaries, anyway.

Worst of all, his Michigan roots were supposed to make that state's primary a cakewalk. But unbelievably – or not – Santorum's now ahead there, too. Romney bet wrong when he declared in a 2008 New York Times op-ed that the president should let the auto industries go bankrupt, and he's paying for it now (despite ridiculous attempts to spin what Obama did as somehow derived from his advice.) And in a sentimental ad about his Detroit roots, it turns out Romney is riding in a Chrysler manufactured in Canada. The guy can't fake authenticity no matter how hard he tries.

So all the former front-runner's really got is his money to smear his opponents (I'm sorry I used the term "smear Santorum" on television tonight. It won't happen again.) But his first barrage at Santorum won't do much damage. In fact, Santorum released a surprisingly funny (normally funny and Santorum don't mix) ad attacking "Rombo" for his well-funded mudslinging. It's all in the video, below. I still think Romney is the candidate to beat, given his war chest and Santorum's spare campaign, but he's going to ride some tough road in his Canadian-manufactured Chrysler in the weeks to come.