The right is attacking Media Matters because it matters

The Daily Caller's heavy-breathing "expose" is light on facts 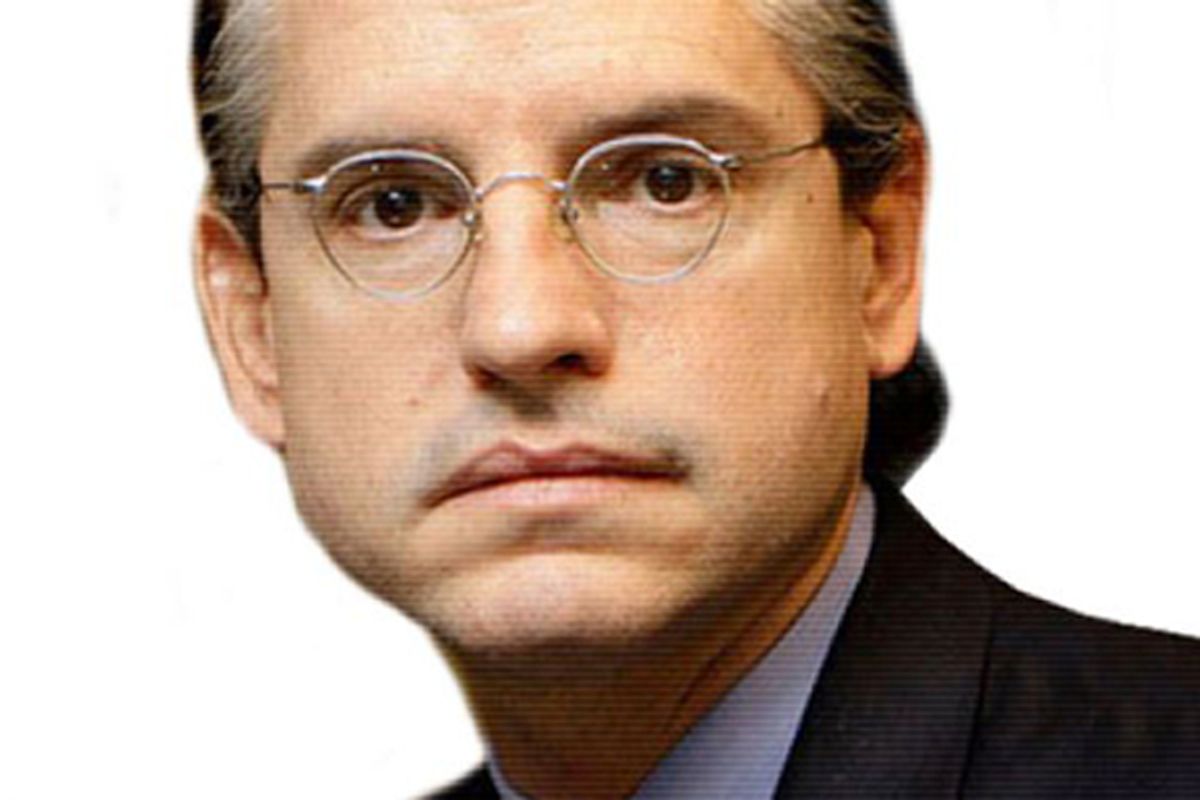 The Daily Caller paints a picture of a nefarious organization founded by an egomaniacal leader operating in the cover of darkness, working to prop up Democratic Party politicians. Boasting of their access to internal Media Matters memos and interviews with "current and former" employees of Media Matters, Carlson and Coglianese breathlessly report about some admittedly strange antics of founder David Brock and of the organization's success in achieving "its central goal of influencing the national media."

The Daily Caller pieces have served as a sort of a bat signal for foes of Media Matters, with attacks on the organization now coming from all direction. Fox News psychiatrist Keith Ablow claimed Brock is "dangerous" because he was adopted, and Alan Dershowitz -- a hard-line supporter of Israel's government who once advocated for bulldozing entire Palestinian villages –thoughtfully likened the group to "Neo-Nazis" who could cost Obama the election due to publishing blog posts critical of Israel.

Among the more than half-dozen articles and blog posts the Daily Caller has written in its "Inside Media Matters" series, there is little in the way of actual substance. From Carlson and Coglianese's original piece we learn that Brock regularly staffs himself with bodyguards, even at social events. A later piece focuses on the fact that Media Matters contributor Karl Frisch once suggested hiring personal investigators to "look into the personal lives of Fox News" staff.  Yet most of the content of the articles is hardly surprising or shocking. On the contrary, it points to an important fact: Media Matters matters.

What the Daily Caller ultimately fails to articulate about this high level of coordination between Media Matters and the mainstream press is what makes it so scandalous. It would be one thing if the group were providing secret payments to journalists in order to get its stories covered, or if journalists were shown to be intentionally fudging facts or skewing the truth to toe Media Matters' line. The most notable omission from the Daily Caller "exposé" is that it does not allege any inaccuracies in Media Matters steady stream of denunciations and corrections.

Rather, what the interviews and memos obtained by the Daily Caller show is that it's doing something that's perhaps even more threatening to the right-wing: its job. Media Matters was expressly launched with the purpose of providing a response to right-wing misinformation and to reshape the mainstream media narrative in a way that benefits progressives. Readers of Media Matters don't have to guess that its staff will regularly be in touch with major journalists to help shape the media narrative -- it's actually something the group informs people of on its website.

Since its launch, the organization has rapidly grown. In 2011, the organization spent $15 million, increasing its budget by five times since it began in 2004. Meanwhile, it employed around 90 people, nine times the size of its original staff of 10. Its comprehensive reports -- like one landmark 2006 study of Sunday talk show guests that found that they overwhelmingly lean conservative -- have helped reshape the media's dialogue and empower progressive critics of the mainstream press.

The group doesn't hide its agenda.

"Media Matters works daily to notify activists, journalists, pundits and the general public about instances of misinformation," reads its "About Us" page, "providing them with the resources to rebut false claims and to take direct action against offending media institutions."

That last part -- the taking "direct action against offending media institutions" -- is also portrayed as shocking by the Daily Caller articles. Carlson and Coglianese write about a Media Matters memo detailing how the organization pressured CNN to take Lou Dobbs' show off the air. The memo lists tactics such as running Spanish language advertisements and working with civil rights groups to target CNN. Yet the campaign against Dobbs was far from secret -- it was widely covered in the media  -- and not particularly shocking, either. After all, Media Matters simply used Dobbs' own words against him, something its massive media monitoring apparatus has perfected.

The Dobbs memo and other pressure campaign materials revealed by the Daily Caller prove little else than that Media Matters thinks and behaves the same way in private as it does in public. The organization meticulously monitors the media and highlights behavior by the press and politicians that are against progressive values. The Daily Caller published one article containing what it calls Brock's "enemies list" -- a phrase most famously used to describe President Nixon's list of dissident Americans he vilified -- yet the list maintained by Brock simply listed "targets" for research scrutiny including conservative media like Fox News and right-wing think tanks such as the Heritage Foundation.

What's so surprising about that? Of course Media Matters is targeting right-wing figures for scrutiny and opposition research. That's why it exists. Would it be surprising if the Media Research Center and Newsbusters -- which act as right-wing equivalents to Media Matters -- had research files on the Center for American Progress and the Nation?

There may indeed be a real problem that progressive groups may be too cozy to the Obama White House, muzzling themselves about Obama's progressive failings in order to win access. Yet the Daily Caller isn't concerned about co-optation. Rather, it is criticizing Media Matters for doing what all political groups on all parts of the ideological spectrum try to do: successfully influence policymakers and the media.

Ultimately, Media Matters is being targeted for what it has accomplished. In just the eight short years of its existence, the organization has created a powerful watchdog hub for countering right-wing misinformation and pushing the progressive message to the press and policymakers. The group is ultimately being attacked for doing the very things that it publicly set out to do, and that is likely making the right wing much angrier than David Brock's eccentricities.