David Brooks: "I have heard of Jeremy Lin"

Is it an "anomaly" for a professional athlete to be religious? (No) 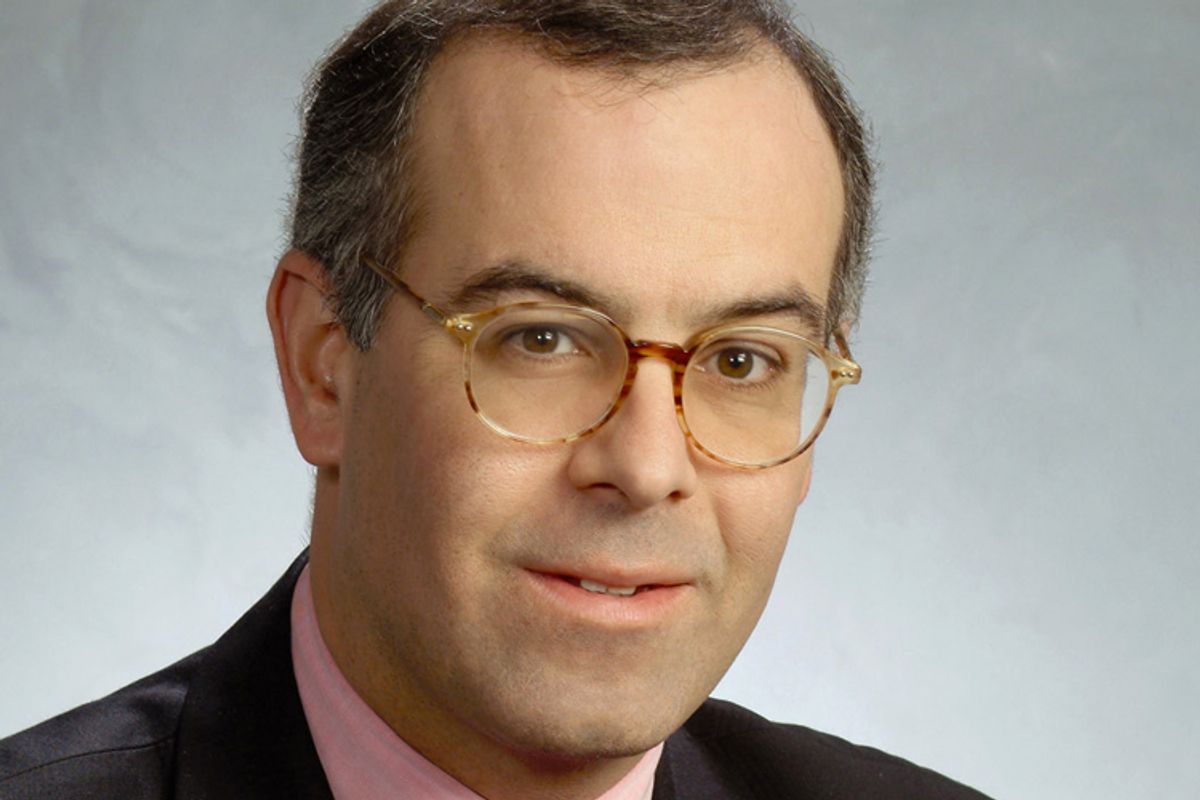 David Brooks had to write a column about something, and his deadline was fast approaching, so he glanced at the sports page and saw something about New York Knicks phenom Jeremy Lin, and he was like, yeah, that works. Next stop, most-emailed list!

Lin is a point guard who rocketed to near-instant celebrity when he came off the bench and had a series of monster games, dragging the Knicks to a .500 record while their two biggest superstars were sitting out games. His celebrity then became a "mania" in part because he's Asian-American and a Harvard graduate, two rarities in the NBA. It also obviously doesn't hurt that he plays for the dominant team in the nation's biggest media market (also it's the fallow period between football and baseball). That's basically the whole deal, and if you'd like to learn more read Andrew Leonard's account of the early social media explosion and Alexander Chee's take on Lin and Asian-American identity. Whatever you do, don't read David Brooks' take on the Lin phenomenon, because David Brooks doesn't understand basketball or social media or race or religion or American society in general.

Here is the next sentence:

We’ve become accustomed to the faith-driven athlete and coach, from Billy Sunday to Tim Tebow.

Haha OK. This is the point where you hit "select all" and then "delete" and start your column again. Brooks must've started this thing like 10 minutes before his deadline. (No time to edit it!)

So, yes, a "religious person in professional sports" is like the least anomalous thing in the world, besides maybe "a racist comment under a YouTube video." Or "an old white guy in political punditry." (Also, minor note, but: I think there's actually a decent number -- enough to make Lin not particularly "anomalous" -- of prominent Asians and Asian-Americans in professional sports, unless you're only defining "Asian-American" as "of East Asian descent" and you're only counting the "big four" leagues as "professional sports." And you're not really counting baseball.)

While Lin's Christianity is obviously of great importance to Lin, it honestly has barely anything to do with what made him an instant superstar, except for when hacks want to compare him to Tim Tebow, which is dumb, because Lin is suddenly famous because he's really good at his sport while Tebow's whole shtick is succeeding despite being awful at being a quarterback. (If Lin had been a college superstar and high draft pick who was famously inept at the fundamentals of his position, the Tebow thing would be an accurate comparison, but Lin is in fact the opposite of that.)

Having contradicted his own faulty premise five sentences into his column, Brooks rambles on about how he has noticed that being good at sports and being pious is sort of contradictory, because being good at sports doesn't involve much "humility" or "self-abnegation." Then we have some boilerplate theological musings, about how sports is like modern society and how Abrahamic religious values contradict modern cultural values, especially regarding individual achievement. (YAWN.)

But even while grappling with the tension between religious values and contemporary cultural values, which is basically well within Brooks' wheelhouse, he demonstrates a hilarious misunderstanding of sports, and what sports are "about," because Mr. Brooks has been spending far too much time in his cloistered elite liberal media ivory tower munching on brie and arugula and not enough time among Real Americans in their "Sporting Taverns" watching "The Big Game" over a pint of mass-market domestic lager.

For many religious teachers, humility is the primary virtue. You achieve loftiness of spirit by performing the most menial services. (That’s why shepherds are perpetually becoming kings in the Bible.) You achieve your identity through self-effacement. You achieve strength by acknowledging your weaknesses. You lead most boldly when you consider yourself an instrument of a larger cause.

I could be wrong, but "consider yourself an instrument of a larger cause" is basically step three of "how to be good at team sports," after "be gifted physically" and "practice a lot." (And acknowledging your weaknesses? Like when Magic would spend the off-season practicing "the weakest part of his game" until he improved it?)

The "two moral universes" of religion and societal achievement may be "irreconcilable" -- I am not a religious person and hence don't care -- but that has very little to do with Jeremy Lin, or basketball, or politics, which Brooks for some reason brings up in the last paragraph, because he wants to pretend this column has been about something other than extended free-associative riffing on the fact that a famous person is religious.

In conclusion, the New York Times should probably consider having someone take a quick glance at David Brooks' columns before they publish them.