"Eastbound and Down" heads to the Redneck Riviera 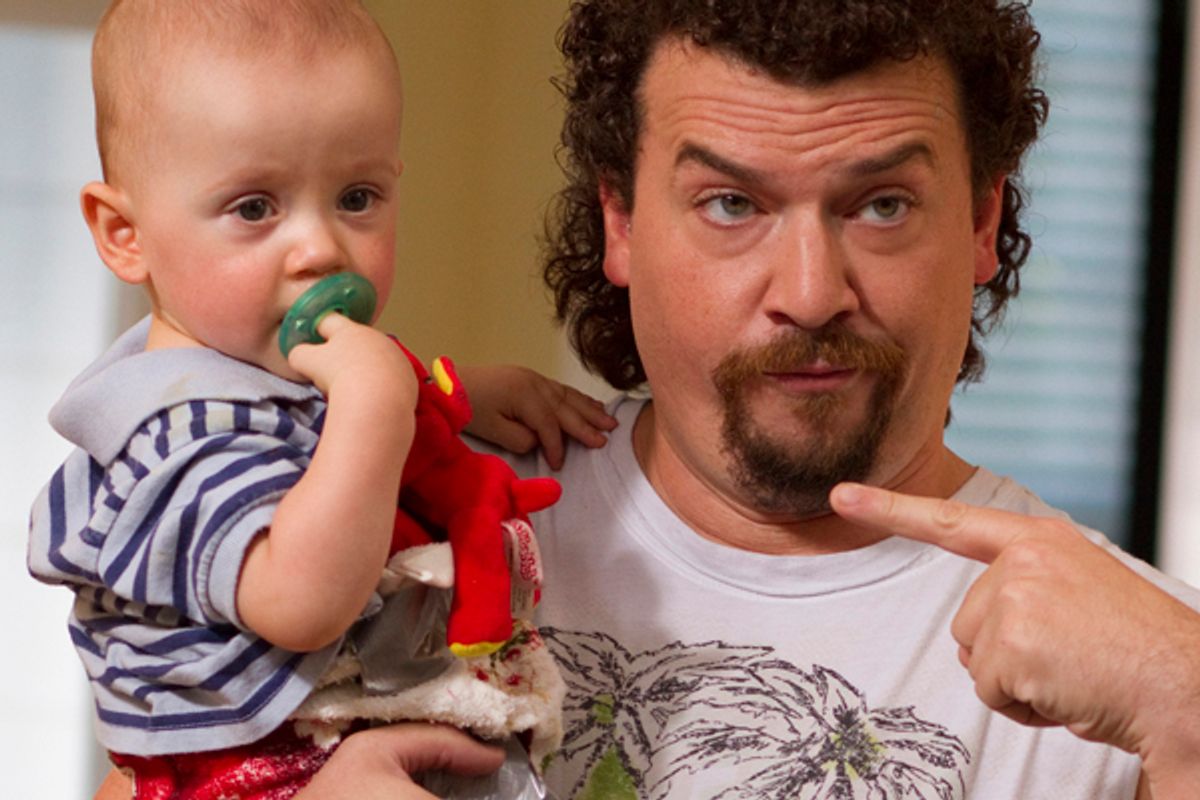 That slyly funny Brit Ricky Gervais will get all the praise and smarty-pants chittter-chat this weekend for his admittedly insurrectionist new series “Life’s Too Short.”

But let’s raise a peach Schnapps and give a rebel yell to his HBO comedy companion Kenny Powers, that maniac in a mullet and a muscle shirt, and the new season of “Eastbound & Down.”

Actor, writer and Will Ferrell buddy Danny McBride so embodies the larger than life Powers that it would be hard to separate him from the horrible, self-centered former big-league pitcher forever trying to adjust to a new chapter in his life. He’s such a real character that an actual minor-league team, the Pensacola Pelicans, extended a contract to the fictional Kenny Powers two years ago.

As with so comedies built around unlikable central characters, it was tough to warm to someone so callous, dimwitted -- and truly redneck. You got the feeling that some fans of the Confederate-flag waving, doobie-smoking Powers were just cheering on his antics, and longed to emulate him.

In the first season, getting hired as a gym coach at his old small-town North Carolina high school proved tough to take for a flamed-out former major leaguer. Last season, he took off for Mexico, to wallow in all manner of incorrect antics, cockfight cartels and drug mishaps. But back in the states for this third and final season, Powers has been signed by the (fake) minor-league Myrtle Beach Mermen and is living large once more.

For years, McBride and his comedy co-writer Jody Hill talked about moving the show to the so-called Redneck Riviera and now it’s happened: It's the intersection of trashy tourist culture, chain restaurants, souped-up jet skis, tattoo shops, monster trucks, muscle T’s – in other words, a Kenny Powers paradise. He takes to it like a man with his boogie board, done up in Confederate flag and pot leaf design.

He’s even got a best friend that plays up their mutual jerkiness, Jason Sudeikis of “Saturday Night Live” fame, pitch-perfect as his catcher and pal Shane. The two cads who imagine themselves players (and wait outside the high schools for their girlfriends) egg each other on with extreme handshakes and exhortations (to the mystification of the rest of the locker room).

Powers’ one-time sweetheart April Buchanon (played by the remarkable Katy Mixon), scarcely seen in Season 2 after he ditched her at a gas station, is back in Shelby raising their now 1-year-old child. Kenny can barely bring himself to hold the baby.

Forced into fatherhood, the clueless Powers ferries the tot in a backpack that he’s cut holes in for breathing, straps him in shotgun in Shane’s big-wheel pickup (with weird DeLorean doors), uses a curtain affixed with duct tape as an all-day diaper and tries to figure out which kind of soda the kid likes best. At the beach, he digs a hole and covers him with a towel to keep him from getting sunburnt (or getting away while he body surfs).

His infant-handling skills go far beyond anything seen in “Raising Hope” or even “Raising Arizona.” There ought to be a disclaimer that no babies were hurt in the filming; after a while, you start to wonder.

And as they traverse this dangerous comedic edge every bit as skillfully as Gervais does with the little-people humor on “Life’s Too Short,” McBride celebrates the Southern-fried dirtball culture of flyover America like some “Red State Diaries”; it's a veritable HBO “Hee-Haw.”