Occupy Wall Street sneaks into "30 Rock" and "The Office." How does the movement avoid becoming just a punch line? 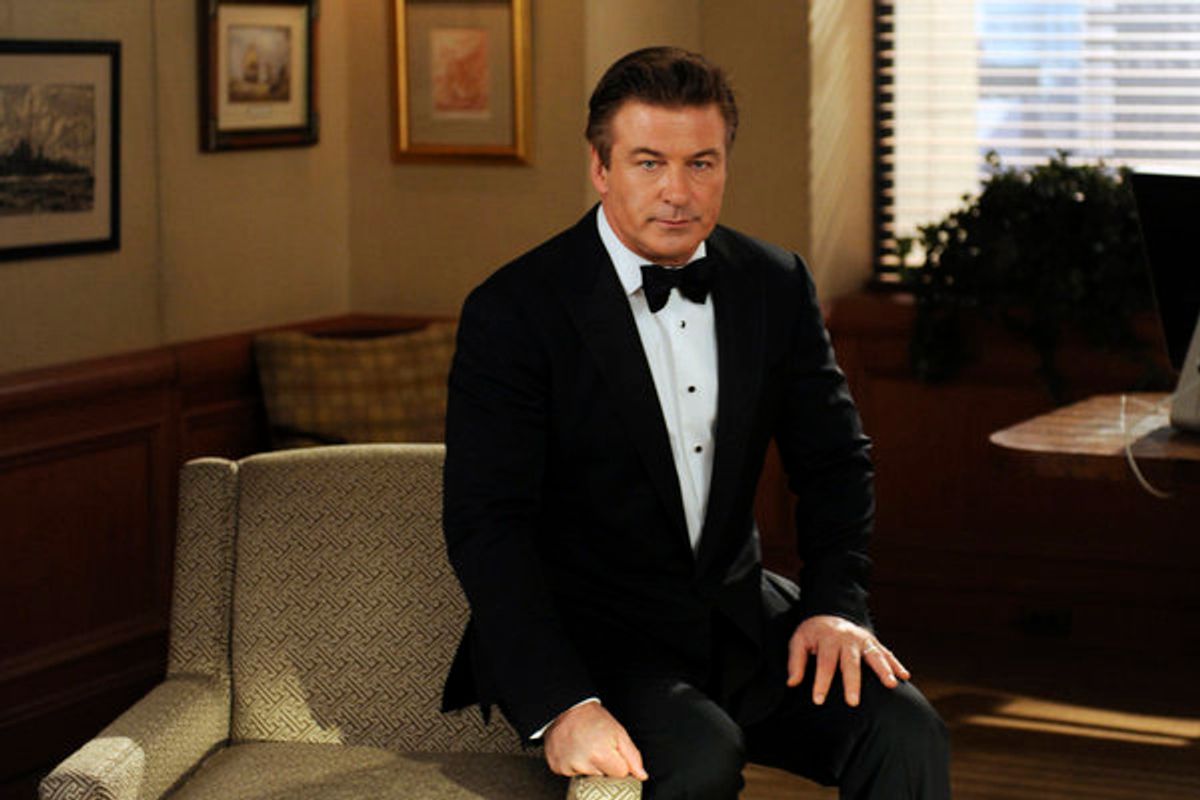 It’s official. The class war is waging and there’s no denying it – even "30 Rock" says so.

On Thursday night’s episode of the award-winning comedy, Jack Donaghy -- the debonair, Reaganite CEO played by Alec Baldwin -- confirmed what some of us have been thinking for a while: “We’re on the verge of a class war.”

Since the show’s first episode, Donaghy has embodied a parodic late-capitalist overlord. In previous episodes, however, the fulcrum of his political commentary fell strictly along party lines: he called Obama a communist from Kenya, described Bill Clinton as president “inter-Bush” and engaged in Reagan-themed role-play sex. The jokes last night broke this mold. His reference to class war was not just wheeling out the Republican canard that higher taxes constitute a war on successful people. Donaghy was talking about unrest on the streets of New York.

Baldwin’s character was mugged in a Manhattan construction tunnel and notes with shock that “my assailant was a middle-aged white man wearing a button-down shirt and Dockers.” His analysis: “The lower classes are getting cranky at the rich earning all their money away from them.” There’s no falling back on tacit racism or pointing blindly at gang violence; Jack -- like many of his real-life counterparts in the 1 percent – was forced to recognize a structural problem.

It looks like another strong example of the Occupy movement’s insertion into the public consciousness. If we needed reassurance of this, the episode ends with another character referencing “the 99 percent and the one percent.” And in a recent episode of "The Office," Robert California, the CEO played by James Spader, complains that “the 1 percent are hurting too.” The language of Occupy is firmly lodged in the cultural mainstream.

But some caution before we celebrate the shifted zeitgeist. Occupy Wall Street began as an amorphous assemblage, a challenge to the status quo underpinned by radical politics and new social practices. What does it mean for this movement to sit so comfortably in the narrative of an NBC hit show, couched among popular movie references and soft jabs at wealthy New York lifestyles?

It’s a double-edged sword: the popular recognition nods to Occupy’s resonance, but also wields capitalism’s sharpest tool – recuperation. The risk is that Occupy stops providing a context of unrest and just blends in to the current cultural context as is. If Occupy actions and ideas don’t continue to surprise and challenge people, public awareness of the movement becomes no more potent than knowledge of the latest Ryan Gosling meme. "30 Rock’s" recognition of a coming insurrection might be a self-denying prophecy: What sort of political upheaval is preempted by a Thursday night comedy interspersed with commercials?

That said, a call for a nationwide general strike on May 1 has come out of numerous Occupy groups -- and the debates around this are as unwieldy, confusing and full of potential as were the conversations leading up to Occupy Wall Street’s public inception on Sept. 17 in downtown Manhattan. No one knew what an occupation of Wall Street could look like or mean; same is true of May Day 2012. How will TV writers, or any writers, for that matter, get their heads around this one?

In last night’s "30 Rock," Jack Donaghy warns, “There’s a war going on out there and you’re going to have to pick a side.” Gladly, there’s a side, enraged by the current context and weary of capitalist recuperation, that will never be comfortable as the punch line of an NBC comedy joke.