How to solve the boomer retirement crisis

If boomer retirees keep flooding suburbs, the cost of providing for them soars. Can we get them to cities, instead? 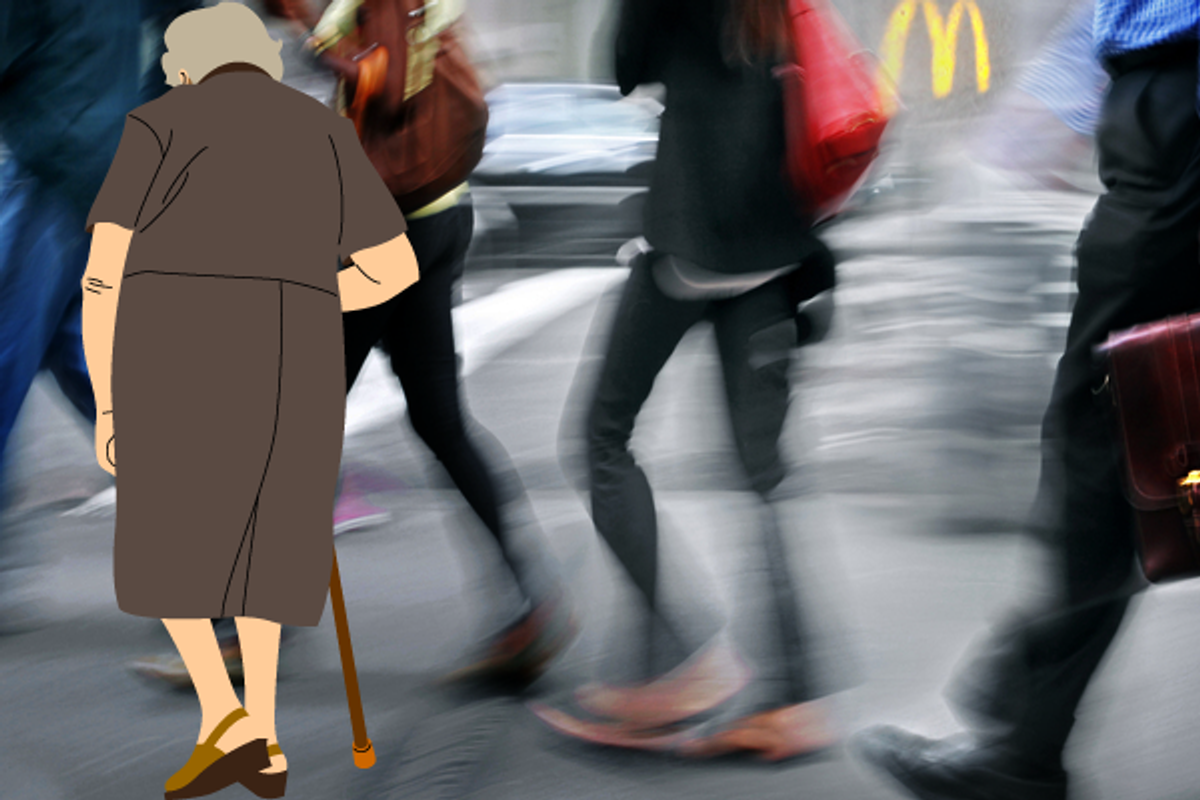 Retirees get blamed for all sorts of problems: sucking up too much Social Security, adding to the healthcare crisis, writing out checks at the supermarket.

Just as critical, however, is the fact that the baby boomers, retiring at a clip of 10,000 a day, are hunkering down way out in the suburbs -- and sometimes much farther afield.

"You've got this whole generation that moved to the suburbs thanks to government subsidies," says Howard Gleckman, author of "Caring for Our Parents" and a fellow at the Urban Institute. "They got tax breaks for moving there and now they're staying." Even city-dwelling boomers -- up to 65 percent of them -- head for the land of the lawns once the kids move out.

As they have every right to. But a census-busting generation growing unprecedentedly old while scattered so wide will make caring for aging boomers vastly more complicated. Yet rather than incentivize the next generation of seniors to move to urban areas -- where transit, services and walkable neighborhoods abound -- an array of factors actually discourage them from doing so. How do we fix this?

There are two sides to the problem: one is policy, and the other is urban planning itself. On the planning side, there's plenty of low-hanging fruit, says David Lee, a Ph.D. candidate in urban planning at MIT. For instance, a big issue for seniors is range -- how far they can comfortably get from their homes. In cities, that often boils down to where's the next bench, and where's the next bathroom? So when San Francisco tears out its public seating to keep the homeless from sitting down (a dubious policy anyway), it inadvertently creates an environment hostile to older people. Even just removing the metal spikes from low concrete walls -- otherwise known as a loitering-teenager repellent -- can make a big difference for old people. So can encouraging businesses to be flexible on their "restrooms are for customers only" rules.

"If you can use this kind of existing infrastructure to benefit seniors," says Gleckman, then the city essentially begins to function like a giant assisted-living center. He points to the untapped potential of apartment buildings. "You could organize a building where younger couples might say, 'We'll shop for an older person if they'll water our plants or sit for the kids." After the tsunami in Japan, municipal governments facilitated such arrangements -- some even built nagaya, traditional intergenerational tenements, so younger neighbors could help care for displaced seniors. It's akin to co-housing, says Gleckman, "where people move into one building and provide services to each other." A building full of seniors could even hire a single home health aide who sees them all in one visit.

This sort of urban collaborative thinking could extend to transit. Take "dollar vans," those semi-legal armadas of jitneys that pick up anyone who flags them down. If more regulation made them feel safer, such an option could be a boon for seniors who can't lug a cartful of grocery bags to the nearest bus stop but also can't splurge on a taxi.

These low-tech fixes, however, only get us so far. "Almost every study finds that the elderly are most sensitive to cost of living and crime," says Karen Smith Conway, an economics professor at the University of New Hampshire. These days, cost of living is likely to be the bigger issue, as fixed-income seniors are particularly vulnerable to urban real estate's ups and downs.

Gentrification poses problems for seniors most of us would never even think of. It can wipe out the familiar visual cues dementia sufferers use to avoid getting lost. And trendy new bars don't do much for an octogenarian. USA Today recently wrote about the disappearing neighborhood tavern, a cornerstone of urban senior social life. Where David Lee worked in Brookline, Mass., a McDonald's had become the de facto neighborhood senior center. "It was the perfect place for seniors in the daytime," Lee says: brightly lit, cheap coffee, and you could sit there as long as you wanted. But as the neighborhood upscaled, "it was replaced with something more high-end," and an informal community group of seniors was dispersed overnight.

Giving older residents a buffer against these economic forces is key. Housing projects for seniors (that don't feel like gulags) have actually been on the rise over the past 10 years. The new architecture emphasizes mixed-use developments and touches that feel like home: things like window sills sized for residents to lean on and look out of, like they used to do in the old neighborhood. Stoves in Chinatown housing have range hoods for smoky stir-frying. Security stations are positioned in a way that lets residents interact with the young guards. There's also been a push nationwide to change zoning codes to legalize "granny flats," helping older residents to stay in their homes while renting out the main part of the house to a young family.

Despite these efforts, using government to get old people to move to cities is still an uphill battle. "Older people keep moving to the same places, no matter how much policies change," says Conway. She and Jonathan Rork of Reed College just published a groundbreaking study examining the effects of the myriad tax breaks states use to try to woo retirees. Their conclusion? These financial incentives have "no credible effect." After 40 years, seniors' migration patterns still lead straight to the same things: sunshine and fairways. "New York to Florida is huge," says Conway. "It dominates everything else."

It means cities must do the work themselves to become attractive to seniors. And they should, because older people have more to offer cities than just their pensions: "Tutoring kids, neighborhood watch programs, and just the institutional memory they provide," says Gleckman. "One of the things we've lost in this country is intergenerational relationships." Though we can't always spell out exactly why, we sense these relationships are important. New York even awards an annual "Living Landmarks" honor to older New Yorkers without whom the city wouldn't be the same. ("Now they can't tear me down," said Jerry Orbach upon receiving his.)

"Cities need old buildings," Jane Jacobs famously wrote in "The Death and Life of Great American Cities."  "Chain stores, chain restaurants, and banks go into new construction. But neighborhood bars, foreign restaurants and pawn shops ... studios, galleries, stores for musical instruments and art supplies ... these go into old buildings." Her point was that what serves a purpose in cities isn't always readily apparent. Cities need the giddy energy of youthful upstarts and the stability of middle-aged workers and parents. But just as as we're surprised to learn that they sometimes need a McDonald's, we find that they need old people, too.