Sociologist Mark McCormack says it is -- in the U.K., at least -- and that it's revolutionizing male friendships 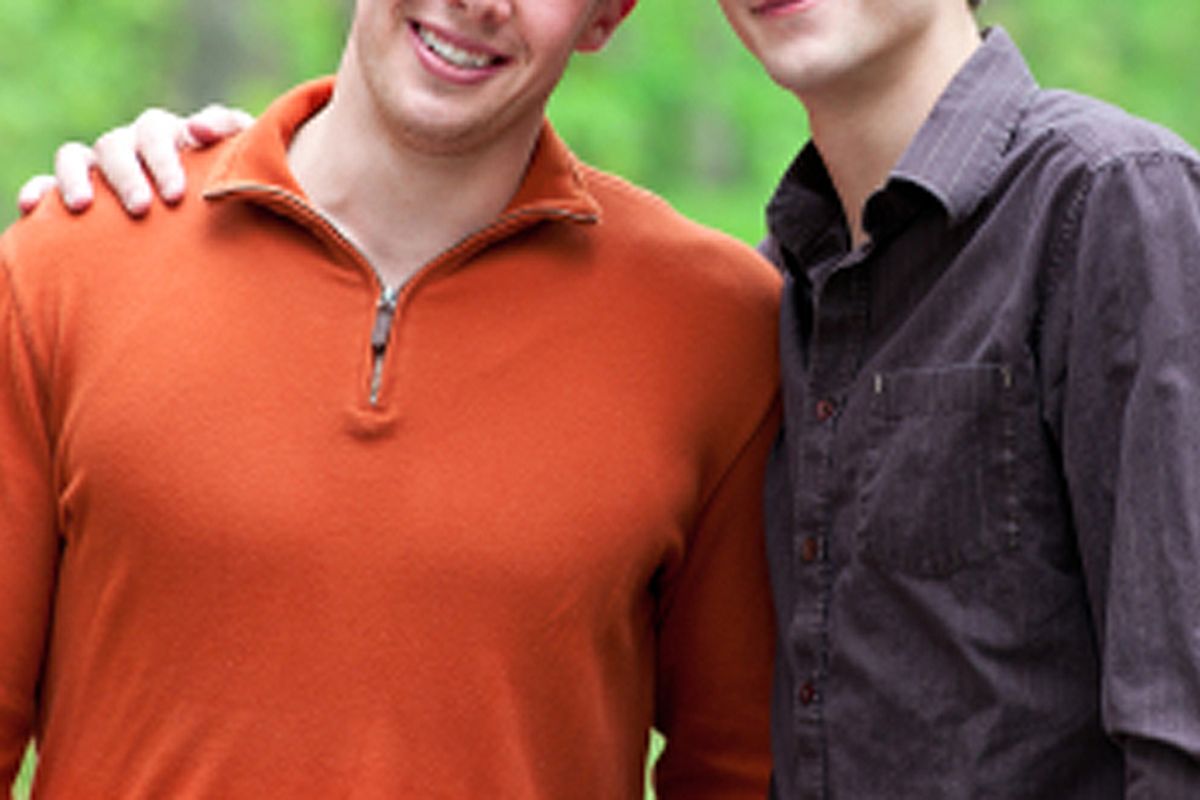 Teenage boys sitting on each other's laps, exchanging back rubs and dolling out hugs: This was the sight that researcher Mark McCormack found when he went to a British high school to research masculinity.

It was a shocking departure from the aggressive homophobia that he himself observed as "a shy, geeky, closeted teenager" in the late '90s and early 2000s. For his new book, "The Declining Significance of Homophobia: How Teenage Boys Are Redefining Masculinity and Heterosexuality," McCormack spent the year observing social interactions and collecting data from three high schools in the U.K. Over and over again, he saw the same surprising scene: young straight men being physically affectionate and emotionally expressive with one another. What's more, he found that homophobic behavior is a rarity and that when someone does express anti-gay beliefs, they "are reprimanded by other students."

His message -- which builds on that of his Ph.D. advisor, Eric Anderson, author of "Inclusive Masculinity: The Changing Nature of Masculinities" -- flies in the face of a spate of horrifying stories stateside of bullied gay teens committing suicide, but McCormack says the U.S. is a decade behind the U.K. on this particular front. That said, he also believes that recent attention paid to gay teen suicides doesn't accurately reflect the reality of homophobia in America today, or how much progress has been made: "We need to look beyond the worst-case examples to see what is happening in the majority of schools," McCormack writes. " We do no-one any favors if we only fight prejudice that is, for some, yesterday's battle."

Salon spoke to McCormack by phone from his office at Brunel University in West London about the disappearance of the insult "that's so gay" -- across the pond, at least -- and why the U.S. still lags behind.

How has homophobia changed over the past couple decades in the U.K.?

In the past, homophobia has been hugely significant. Being gay was criminalized up until 1967, so it's only in the past 45 years where it's been possible to be openly gay. In the '80s and '90s, when I was growing up, there was Section 28, which prevented teachers from talking about homosexuality; they didn't feel able to combat homophobia in schools.

It used to be in the '80s that there was "homohysteria," which is the fear of being socially perceived as gay. What boys needed to do was to make sure they weren't seen as gay. It was kind of this game of tag where boys would deploy homophobia competitively because the person perceived as gay would be the person who was bullied and marginalized. What better way to prove that you're not gay than by being homophobic yourself?

Why this dramatic change over a short period of time?

The gay rights movement has been very successful, even just in terms of gay visibility. When people see famous gay people, people whom they like who turn out to be gay, that has a huge impact. People are bigoted about people they don't know; when you get to know gay people, the homophobia drops off.

Another key area of change is the Internet. The Internet has meant that closeted kids have the ability to make friends, to be more confident, to come out earlier. Social networking sites like Facebook ask you your sexual orientation, you click whether you're male or female, and then you click whether you're interested in men or women. When I was at school, that question wasn't even asked -- you were straight, or if you weren't, you were pitied.

Part of the reason it's spiraled so quickly is that as homophobia decreased, boys could kind of hug each other a little bit or say to their best mate that they loved them, and then they could kind of cough and talk about girls. Then they realized that actually it wasn't disgusting or repulsive, and so that undid some of their homophobia a little bit more. It's a virtuous circle.

What about those other letters in LGBT? How are things for lesbian, bisexual and transgender people in the U.K.?

I did focus on heterosexual people, really; the book is primarily about masculinity. So, it's hard to say, but there's been research out there saying that gay kids are the ones who have the best experience dealing with these issues.

In the U.S., we've had a terrible spate of stories about gay teens committing suicides. Is the situation that different in the U.K.?

There are two different issues here. The first is that the spate of suicides has become the media narrative; maybe it was guilt from not covering it 20 years ago. While [these stories are] terrible, and they show that homophobia is still out there, they aren't evidence of increased homophobia.

The other thing I would say is that America is a country of polarities. The U.S. is further behind but things are changing; homophobia isn't socially acceptable in the way that it used to be.

Why do you think the U.S. is so behind on this front?

It's an interesting question. I think what the U.S. had in a much bigger way than the U.K. was the evangelical Christian movement, which really did politicize it. They used it as a wedge issue to get money to exert influence. AIDS also had a bigger impact in the United States; I don't mean in terms of numbers of deaths but in terms of the stigma that AIDS is a gay disease.

One of the interesting things about the U.S. is that you now have over 5,000 gay-straight alliances, and we really don't have them in the same way in the U.K. At some schools in the U.S., you've got active, powerful gay-straight alliances with out and proud gay kids, and then you've got other schools where that doesn't happen and there's quite a bit of homophobia. So there's that issue again of there being polarities.

When would you say that homophobia peaked, culturally speaking?

It was pretty much 1987, 1988. It was the time of the AIDS epidemic. Before then, gays were considered the perverts, the people we didn't know, and AIDS brought the recognition that it was the man you worked with that died of AIDS, it was Mark Hudson, it could be anyone. That's when homo-hysteria really kicked in.

You argue in the book that in some cases, we're fighting "yesterday's battles." Can you give an example?

Like the issue of [the phrase] "that's so gay," actually not all kids hear that as homophobic, while most adults do. There's this big push saying that we've got to combat [such language] -- well, I fully agree that it's heteronormative, it promotes straightness in some ways, but it's not the battle we should be fighting. We're at the stage where most progressive people, particularly in the U.K., need to push much more for talking about different families in schools, recognizing gay history, that kind of thing. The battle we should be fighting is about sex education, looking at some of these issues more openly, more broadly.