A year after Fukushima, an energized civil society pushes for solar power and accountability 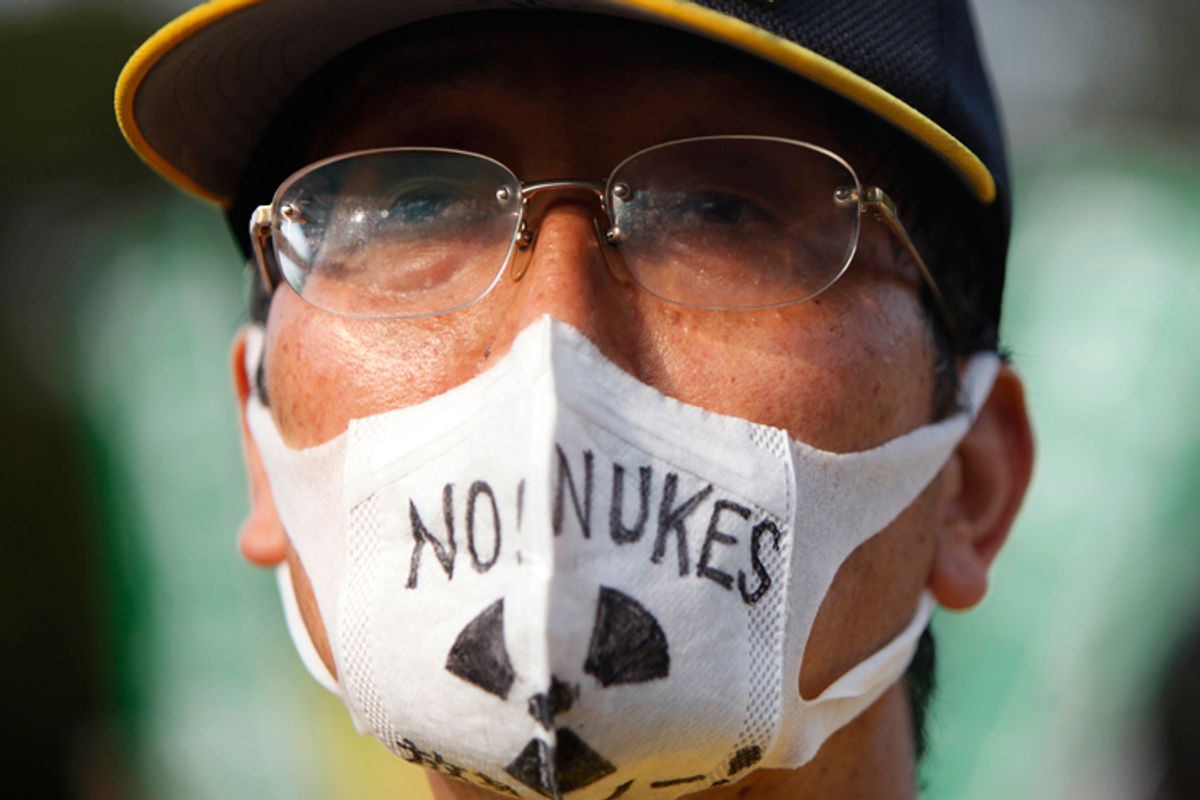 The quiet resolve of Japanese citizens in the aftermath of last year’s triple disaster of earthquake, tsunami and reactor meltdown quickly turned into frustration as the government failed to adequately respond to the worst nuclear catastrophe since Chernobyl in 1986.

In the nearly one year since the March 11 earthquake, Japan has suffered a bevy of problems, from rolling blackouts and currency woes, to radiation fears, all under the tutelage of a central leadership that has failed to inspire public confidence.

So much so that Japan changed prime ministers last August – now the sixth in five years – amid a pivotal period in the country’s history. Yet the crisis in leadership, lack of transparency and revelations of nuclear safety oversights have also facilitated activism in a civil society that typically emphasizes cohesion over confrontation.

The fallout from Fukushima and the bungled response have spurred an increasing number of citizens to challenge the bureaucracy and nuclear industry as health and safety concerns still linger. Local areas are undergoing a rapid shift toward renewable energy. And citizen groups – many of which are led by women -- are also leading the charge for a more direct democracy by attempting to hold what would be an unprecedented national referendum on the use of nuclear power.

The grass-roots effort is partly in response to Japan’s revolving door politics. The current ruling party, the Democratic Party of Japan, swept into power in 2009 following a landslide election that ended nearly a half-century of political rule by the Liberal Democratic Party. But the hope for change quickly turned into a familiar ebb and flow: new leaders taking the reins promising reform, only to fall victim to parliament’s political gridlock. That sense of disenfranchisement and anger over the Fukushima fallout is changing the landscape of Japan’s lackluster civic participation, which has lagged behind other industrialized countries.

“I think what we’re seeing right now – just like after past disasters – is a resurgence of Japanese civil society,” he said. “It’s been very hard in the past to bring people out of their homes, very hard to overcome some of their concerns about possible embarrassment or broader group-think.”

Now, however, several community-based initiatives, protests and rallies have sprung up in the past year. Volunteers have set up a popular website where users crowd-source local radiation levels. Mothers are testing school lunches for radiation. And perhaps in a nod to the Occupy movement, antinuclear activists have camped out in front of the Ministry of Economy, Trade and Industry in Tokyo for more than four months and refused orders to leave. Citizens are also becoming increasingly vocal toward public officials.

“You see people yelling and interrupting these bureaucrats, which I’ve never seen at public meetings,” said Aldrich. “What I’ve been seeing from Fukushima and elsewhere is ‘rituals of dissent’ -- local people not willing to be talked down to, not willing to be ignored.”

Others have started referendum campaigns in cities like Tokyo and Osaka to decide whether Tokyo Electric Power Co. and Kansai Electric Power Co. should be allowed to run nuclear plants. In December, the group Let's Decide Together/Citizen-initiated National Referendum began a petition seeking signatures for a local plebiscite.

While the campaigns have struggled to gain a critical mass, the groups have managed to meet the legal metrics required to hold a referendum. Organizers have collected 55,000 signatures in Osaka and 250,000 in Tokyo from local voters, exceeding the numbers required by law to ask its respective governments to hold a (non-binding) referendum. A separate group led by Nobel laureate Kenzaburo Oe has also collected more than 4 million signatures in a campaign to abolish all 54 nuclear reactors in Japan.

Successful referendums on nuclear power have recently taken place in Europe, but such initiatives are uncommon in Japan. There have been a few local plebiscites in the past but a national referendum would be unprecedented. No law exists for such a measure. A national vote may be difficult but a local referendum could be possible despite ambivalence from the Osaka and Tokyo leadership.

“The hangenpatsu [antinuclear] movement certainly has, at least right now, the momentum to carry this,” said Aldrich.

What has become evident through the referendum and civic activism is that the public discourse has dramatically shifted from a tacit acceptance of nuclear energy to one that promotes renewable energy.  Going green was previously viewed as a left-wing idea that prevented many from wholly embracing the idea.

Until Fukushima, politicians, local bureaucrats and power utilities held a stronghold on national energy policy for five decades, building nuclear plants in coastal and rural “nuclear villages” that created a network of dependence on atomic energy. Japan was previously the third-largest consumer of nuclear energy with roughly 30 percent accounting for the country’s power. Its 10 regional utilities relied heavily on nuclear power and dominate the market.

But the monopoly appears to be crumbling. For one, public sentiment has changed. A November poll by national public broadcaster NHK showed that more than 70 percent want to eliminate or reduce reliance on atomic energy.

Still, the government is conducting stress tests to gauge the possibility of restarting reactors in lieu of the summer power crunch, a move that has been pushed by the old guard business lobby. Yet only two of the 54 nuclear plants are currently operating in Japan, and momentum may already be leaning the other way.

“The ground is shifting very rapidly,” said DeWit. “If you see the pre-March 11 as solid ground, this is profound liquefaction of the solid ground that the nuclear village used to stand on.”

Akito Yoshikane is a freelance writer in Chicago.