The most important day of Mitt's political life 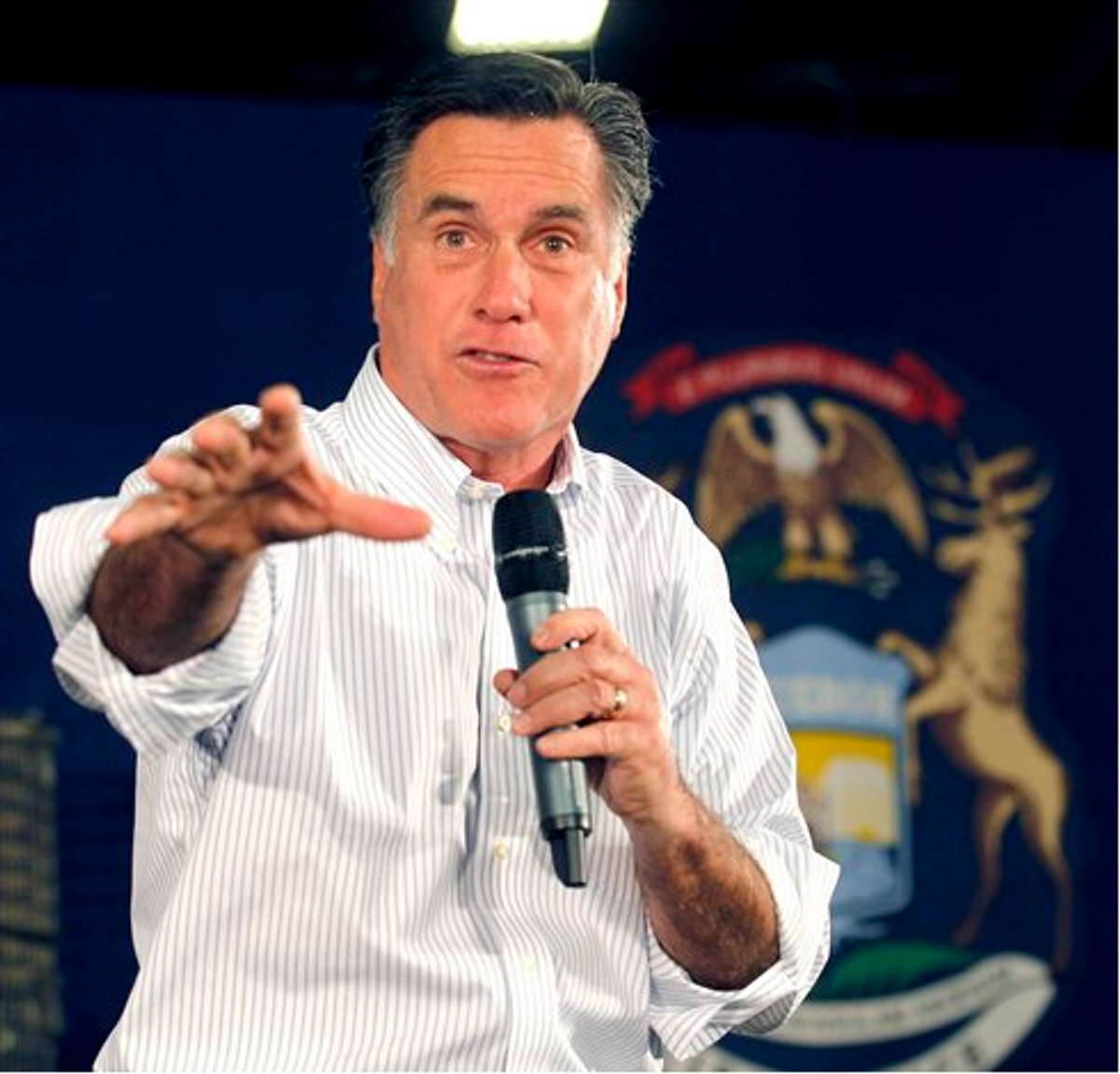 If Mitt Romney loses in Michigan today, it won’t automatically derail his campaign. But it would inject a potentially unprecedented level of uncertainty and chaos into the Republican nominating process and cast new, serious doubt on Romney’s long-term prospects.

It’s been observed, over and over, that the current GOP contest is the most volatile race for a major party’s nomination in the modern era, and that’s certainly true. But there’s still been some semblance of order to it. While one challenger after another has surged past him only to flame out, Romney’s campaign has chugged along, never truly cratering in the polls and always winning when it has absolutely had to.

But Michigan is a must-win state for Romney and there’s a very real chance he’ll lose it. Polls over the last few days have found Rick Santorum, who last week squandered a big lead and fell behind Romney, moving into a tie, or even opening a small lead. The final survey from PPP, released overnight, puts him ahead by a point, and the polling firm tweeted last night that Santorum will probably win most votes today; the question is whether the early votes Romney has already banked will save him.

What caused this last-minute shift is unclear. Maybe Santorum won back hardcore conservatives with his culture war antics. Or maybe Romney’s nightmarish weekend scared away the soft supporters he’d tentatively won over last week. Or maybe something else is at work. But the momentum is clearly on Santorum’s side and there’s now genuine suspense as Michigan Republicans (and “mischievous” Democrats) head to the polls. Here are the three basic outcomes that are possible tonight:

1. The Mitt meltdown: The unspoken premise of the Romney campaign is that Republicans don’t have any other options, and that once they’re forced to focus on a choice between Romney and one of his rivals, they’ll come around, however grudgingly. So when Santorum became a contender after his surprise three-state sweep of Minnesota, Missouri and Colorado a few weeks ago, all of the political world’s eyes turned to Michigan. It’s Romney’s native state, he’s spent heavily in it, attacked Santorum aggressively, and benefited from a strong debate performance; if Romney fails to post a bounce-back victory under these circumstances, the sense of order that has prevailed in the GOP race will be shattered.

What would happen then?  Who knows? Obviously, there’d be loud talk about a new candidate being recruited into the race, but that would still be very unlikely, given how many ballot deadlines have passed. It’s virtually inconceivable that Romney would quit, at least in the near future; surely, he’d still see Santorum (and Newt Gingrich and Ron Paul) as beatable. But a loss, even by just a vote, would usher in a truly awful week of press coverage for Romney – the worst of his career. There’s no telling how much this would damage his poll numbers, his fundraising, and the way influential Republicans see him. And that week from hell would culminate in Super Tuesday, where Romney would be facing uphill battles in Ohio (where he already trails Santorum by 7 points), Georgia, Tennessee, Oklahoma and probably some other states too. And if he has a bad Super Tuesday …

2. Order is restored: The silver lining for Romney of his late polling dip is that it’s lowered the bar. Late last week, when polls showed him opening up a healthy lead, a victory of (say) 6 points in Michigan for him wouldn’t have been too surprising. But now it would be.

It’s not impossible this could happen. After all, Romney apparently enjoys a wide lead among those who cast early ballots, so he would only need to win by a small margin among those who vote today for his final margin to be impressively large. If he can post that kind of clear-cut win, the political world will again be talking about Santorum’s inability to handle the spotlight and Romney’s inevitability will again become the dominant theme.

3. The long night: What if the polls close and the exit polls are too close for the networks to make a call? And what if it’s still too close to call after an hour of vote-counting? And after two hours? And on and on like that until Romney is finally, either late at night or early in the morning, declared the winner of a very close race – a margin of 1 or 2 points. Obviously, Romney would then deliver a triumphant victory speech. But Santorum would probably act like the winner too, crowing that he came within a whisker of beating the better-funded, inevitable nominee in his native state. The question is whether the press and the political world would side with Santorum’s spin and essentially treat the result as a moral victory for the Pennsylvanian – and a humbling setback for Romney.