Can the NYPD (legally) spy on mosques? 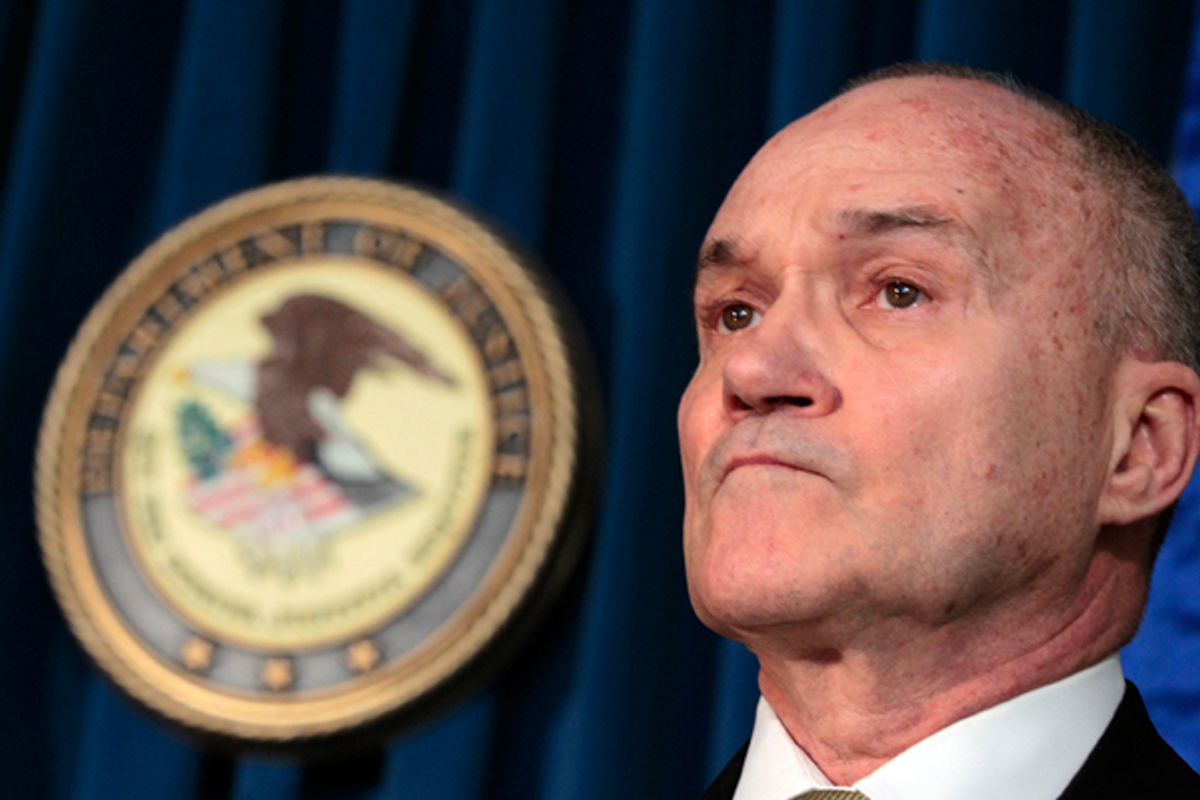 This piece originally appeared on ProPublica.

Last August, the Associated Press launched a series detailing how the New York Police Department has extensively investigated Muslims in New York and other states, including preparing reports on mosques and Muslim-owned businesses, apparently without any suspicion of crimes being committed.

The propriety and legality of the NYPD's activities is under dispute. Mayor Michael Bloomberg – who claimed last year that the NYPD does not focus on religion and only follows threats or leads – is now arguing that, as he said last week, "Everything the NYPD has done is legal, it is appropriate, it is constitutional." Others disagree. In fact, Bloomberg himself signed a law in 2004 prohibiting profiling by law enforcement based on religion.

This week, Attorney General Eric Holder told a congressional committee the Justice Department is reviewing whether to investigate potential civil rights violations by the NYPD.

To get a better understanding of the rules governing the NYPD – and whether the department has followed them in its surveillance of Muslims – we spoke to Faiza Patel, co-director of the Liberty and National Security Program at the Brennan Center at NYU Law School.

The NYPD did not respond to our request for comment about allegations it has violated the law.

So Mayor Bloomberg and police commissioner Ray Kelly say everything that the NYPD did was legal and constitutional. Other people have disagreed – Newark Mayor Cory Booker, for example, said the wholesale surveillance of a community without suspicion of a crime "clearly crosses a line." What restrictions is the NYPD operating under?

They are operating under at least three sets of rules. The first and most basic set of rules is the consent decree from the Handschu case – the so-called Handschu guidelines. This was a 1970s-era political surveillance case that was settled through a consent decree. The NYPD had been conducting surveillance of a number of political groups in the '60s and '70s. The initial consent decree regulated the NYPD's collection of intelligence about political activity. It first said the NYPD can only collect intelligence about political activity if it follows certain rules. For example, the NYPD had to get clearance from something called the Handschu authority, which was a three-member board that consisted of two high-level police officials and one civilian appointed by the mayor.

Then, post-9/11 the NYPD went to court and asked a judge to review the consent decree because they wanted to have greater freedom in their counter-terrorism operations. What they wound up doing was adopting guidelines based on the FBI's guidelines from 2003, issued by Attorney General John Ashcroft. These were different in several important ways. The first was that there was no pre-clearance, at all. There was no requirement that the NYPD get approval from the Handschu authority before they undertook any intel gathering about political activity. The second was that the guidelines explicitly say the NYPD can attend any public event or gathering on the same basis as another member of the public. So if I can go to a church, the NYPD can go to a church. But it goes on to say that the NYPD can't retain the information it gathers from going to such public events unless it is connected to suspected criminal or terrorist activity.

So if you look at, say, the NYPD's guide to Newark's Muslim community obtained and published by the AP – which maps out mosques and Muslim-owned businesses without mentioning and suspicions of crimes – aren't the police retaining exactly this kind of information?

There are a couple of documents that suggest they may have violated Handschu. For example, the [2006 NYPD report] on the Danish cartoon controversy, which is a collection of statements in mosques and other places that have been taken down by undercover officers or confidential informants.

What are the other rules the NYPD operates under?

The second set is that the NYPD has a profiling order in place, and New York City also has a racial profiling law. They are slightly different. The NYPD order [issued in 2002] does not include religion among the categories that they define as profiling. But the New York City law does. It prohibits police officers from relying on race, ethnicity, religion or national origin as a determinative factor in initiating law enforcement action. Normally you have quite a difficult time in racial profiling cases showing they've used one of these factors as the determinative factor. In this case, if you look at the documents, it seems quite clear that the NYPD had its eyes quite firmly on the Muslim community. So it's possible it is also in violation of this law.

The third set of rules is, of course, the U.S. and the New York state constitutions. Within the Constitution you're looking at least two broad categories of provisions – potential First Amendment claims for free speech, freedom of association and free exercise of religion. The other piece of it would be potential equal protection claims.

There was another AP story this week reporting that a bunch of federal grant money and equipment used as part of surveillance and investigation of the Muslim community. Does that muddy the legal questions about whether they were following federal rules as well?

The federal program that was giving them money is the HIDTA program – High Intensity Drug Trafficking Area. It's geared toward providing funds to combat drug trafficking. HIDTA itself does allow for counter-terrorism spending to be an incidental purpose. It requires the HIDTA Executive Board to basically make sure that funds were being used for the purposes that they were supposed to be used for. So I think there's a real issue about accountability and oversight of the use of HIDTA funds here.

So if the NYPD did potentially violate the Handschu guidelines and city law you mentioned, what are the penalties?

Well the Handschu lawyers already went to court last year and told the judge that the documents that had been released by the AP suggested that there had been violations of the Handschu decree. They asked for discovery so they could check the files of the NYPD to see whether they had violated the prohibition on keeping dossiers. I believe that that discovery will likely be starting soon. So there's clearly a remedy through the Handschu mechanism. Because it's a consent decree, it's an ongoing thing. The judge has supervisory jurisdiction. There are also issues under the racial profiling law and under the First Amendment.

We've also turned to the question of oversight. The FBI, for all its faults, does have a fair amount of oversight – an inspector general internally and congressional oversight. We think a similar thing would be a great idea for the NYPD.