Kanan Mikaya insists we must save a besieged people, but that's what he said about Iraq in 2003. Should we listen? 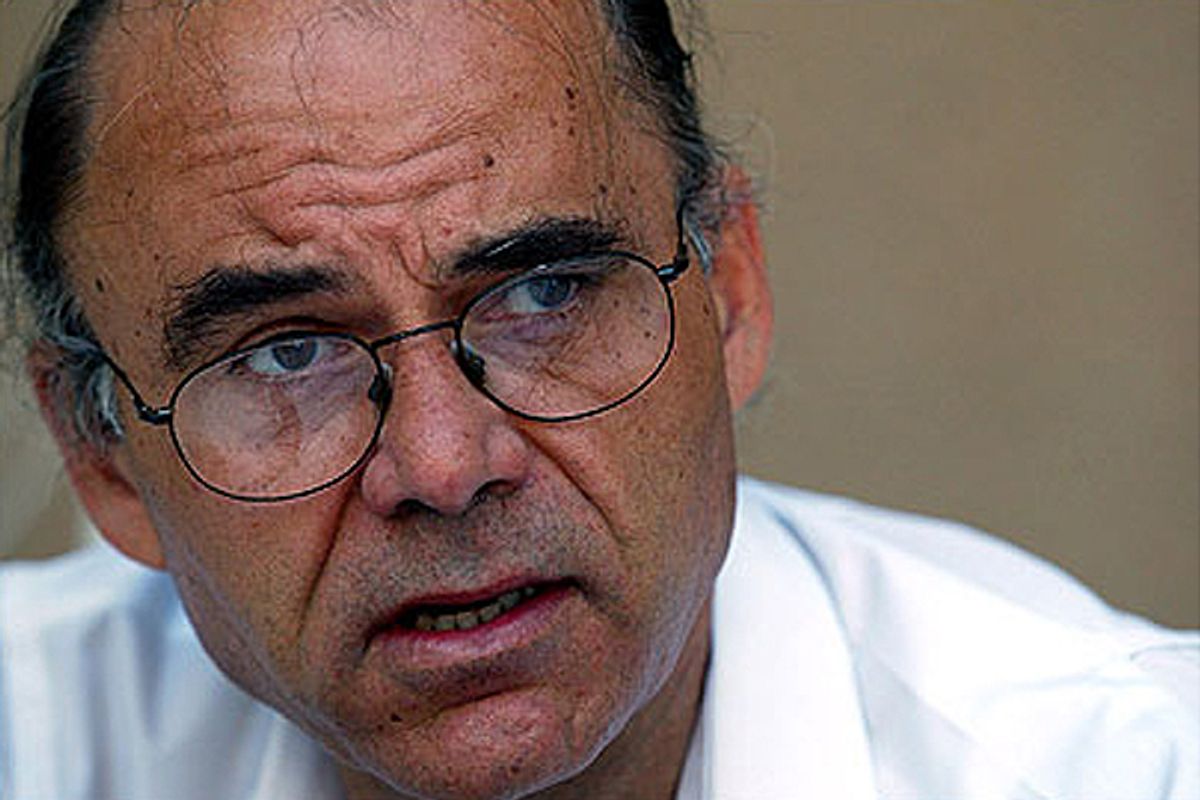 Outside of the fraudulent Ahmed Chalabi, Kanan Makiya was the Iraqi exile most influential in driving America to war with Iraq in 2003. His 1989 book "Republic of Fear" was arguably the greatest effort to chronicle and categorize the horror of Saddam Hussein’s Iraq. His 1993 work "Cruelty and Silence" was a devastating broadside aimed at the Arab intelligentsia’s refusal to admit the horrors of Saddam. Makiya’s unique credibility and eloquence (he is now a professor at Brandeis University) made him a singularly powerful voice among those who believed it was a moral imperative to overthrow Saddam and democratize Iraq. He met with President George W. Bush and spoke at the right-wing American Enterprise Institute to make his case, promising that American troops would be greeted as liberators. Peter Beinart, in his final column as editor of the New Republic, wrote in regret that he supported the war primarily “because Kanan Makiya did.”

Makiya was no academic advocate, however. He returned to Iraq to set up an NGO, and was an advisor to the Iraq interim governing council. He oversaw the drafting of a prototype Iraqi constitution, which called for a secular, democratic state. He argued with Chalabi about pushing Iraq into a civil war. He has been back to Iraq “many times” since the 2003 invasion, he says.

Now Makiya is back as a pundit, talking about Iraq's neighbor to the west, Syria, a country increasingly engulfed in civil war. All efforts to reached negotiated solution have failed and the government's attacks on its opponents, armed and unarmed, have widened. An estimated 8,000 civilians have been killed in the past year. In challenging President Bashar al-Assad's entrenched dictatorship, the Arab Spring has suffered its most violent repression.

Makiya has written a powerful article  for the New Republic, calling international intervention in Syria a “moral and human imperative.” “There is a moral and a human imperative to act that is larger than any nation’s interests and larger than any strategic calculation,” he writes. “That is so obvious it is an embarrassment to have to say it. This is how I thought about intervention in Iraq 20 years ago and it is how I think about what needs to be done in Syria today.”

But, of course, the disaster of the Iraq war that Makiya supported causes many to draw the opposite conclusion: that America should avoid intervening in the Middle East militarily, at least unless it is directly attacked. For Makiya the mistake came not in 2003, but 1991, the year that hundreds of thousands of Iraqis were slaughtered after they rose up to overthrow Saddam Hussein, while President George H.W. Bush and his Allied Coalition sat by, despite having urged the uprising. Many Iraqis understandably felt betrayed. But the first President Bush, unlike his son, had few illusions about America's ability to govern Iraq after getting rid of Saddam.

Makiya spoke to Salon about these ideas in a recent phone conversation. He wrote the TNR piece, he says, because he has a “sense of déjà vu” that the world is making the same mistakes that it did in 1991. In 1991, the case for intervention was “much, much greater,” Makiya says. The population had risen in opposition, the Iraqi army was devastated, and help was nearby. No help was given.

“The result was, not only did you have an immediate crushing of the uprising, but in the two to four months following that, as the regime retaliated, the result was some 200,000 dead," he says.

The single biggest problem in Iraq is the devastation that resulted from the failure of the state following the 1991 uprising, Makiya says. “A state that I described as semi-totalitarian in 'Republic of Fear' turned into a criminal state. Sanctions took a huge toll, and institutions crumbled. They were totalitarian institutions, to be sure, but they had functioning health and education systems. The infrastructure for all that collapsed.” By the time the Americans did invade, in 2003, “the institutions are a shell of their former selves, and the entire thing collapsed like a house of cards,” he says. That is the lesson Makiya believes we should learn from Iraq. “It’s not a case of intervening too much or too little," he argues, "but when it happens that matters.”

Makiya says that “what we are looking at in Syria is very similar.” Aside from the failures of the Arab Spring, the cost will be not just victims who have already been killed. The cost of keeping Syrian leader Basher al-Assad, he says, will be “hundreds of thousands dead,” as the regime retaliates over the long term. Not letting that happen is Makiya’s imperative, he says.

His plan relies on the leadership not of the United States, but of Turkey. A safe haven for the Syrian opposition should be established that would be policed by Turkish troops and funded by Arab countries. “Establish a place where the Syrians can be safe from the bombardment and killing machine of Assad, No. 1. No. 2, give them a chance to organize their future.” America uses its political capital, not its military capital, to establish a safe haven protected by the Turks. “It just requires political will, but that is the crucial first step before we can talk about arming the Syrian opposition and finding out who the opposition is. That’s where I would start.”

The solution may not be so simple. The rebels are determined to bring Assad down. Will those protecting them prevent the government’s overthrow? With much of the country targeted, a no-kill zone will have to engulf much of the country. At that point, the Assad government may simply make war on the Turks, lest the government lose control of a majority of the populace. Why the Turks would sign on to such an open-ended venture is unclear.

Hanging over all this is the specter of Iraq. How one evaluates that war often determines how one views the prospect of further involvement in Syria. Makiya still believes the war was worth it; indeed, he wishes it came in 1991.

“2003 didn’t come out of nowhere. It directly follows the tragic outcome of 1991, which only looked on paper like a victory because Saddam Hussein was kicked out of Kuwait.” For the Iraqis who faced retaliation and 13 years of crippling sanctions, it was not a victory at all. “From an Iraqi point of view, containment didn’t work.” For all the horrors of the war and the many mistakes America made,  Makiya says, “Iraqis have a future. They have elections, they are starting to learn politics because their institutions were destroyed by 30 years of Saddam Hussein, and there is hope.”

Many Iraqis disagree with that argument. According to November 2011 polling conducted by Zogby, a full one-half of Iraqi Shiites and Sunnis say they are “worse off” as a result of the war. Eighty-eight percent and 81 percent of Sunni and Shia Arabs, respectively, say “personal safety and security” has worsened. Those figures, of course, do not include the feelings of the many Iraqis dead from the war, nor of the more than 5 million refugees that resulted from the conflict.

Moreover, the war was an unmitigated disaster for the United States. Whatever benefits were accrued from the removal of Saddam Hussein were outweighed by the deaths of 4,486 American troops, the expenditure of at least $1 trillion, the erosion of U.S. credibility and international support, and the bolstering of Iranian power.

Nonetheless, Syria is not Iraq, which was at worst a potential threat to the United States. Syria is undoubtedly a humanitarian crisis. But Makiya concedes Syria is like Iraq in another way: We don't know much about it.

“It turns out we don’t know an awful lot about what happens after 30 years of a totalitarian regime. We didn’t really understand the legacy of pain and brutalization that this kind of situation in Iraq and, perhaps to a lesser extent, in Syria, have gone through,” he admits.

Trying to replace a dictatorship is something the United States should avoid, given its disastrous history in the region. Only the people of Syria can do that and the world community may have to protect them in order to avoid an even great massacre and a wider war. Makiya’s plan hinges on Turkey taking a leading role. It’s difficult to see how it would work but such a scheme may be the only hope Syria has left.