Was DHS really spying on Occupy?

Or was it just reading the lame newspaper coverage of the movement's early days? 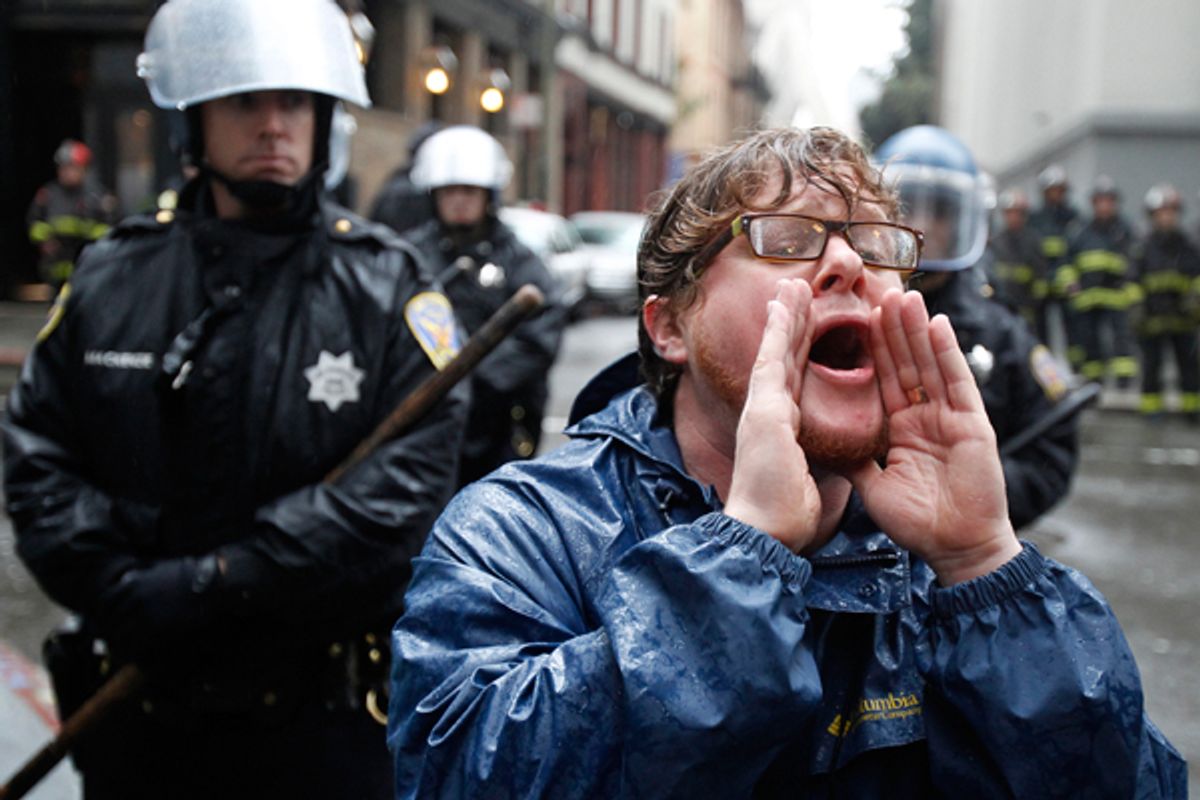 It was sadly unsurprising to discover that the Department of Homeland Security has been keeping tabs on Occupy Wall Street for some time. Michael Hastings reveals in Rolling Stone that an internal DHS report, released by WikiLeaks, titled “SPECIAL COVERAGE: Occupy Wall Street," offers broad, largely "benign" observations about Occupy in its early stages. Hastings notes:

"While acknowledging the overwhelmingly peaceful nature of OWS, the report notes darkly that 'large scale demonstrations also carry the potential for violence, presenting a significant challenge for law enforcement.'"

Any mass political movement outside the realms of the party political system will garner the attention of government agencies. Occupiers shocked by the attention of DHS need a wake-up call and history lessons in federal intelligence fusion centers and J. Edgar Hoover.

My shock is rather at the cursory and complacent nature of the document. This is spying? The sources cited for Occupy information are almost entirely mainstream media reports (from the AP, CNN, MSNBC, the New York Times, Reuters and others). These are some of the very outlets that the Occupy movement rightly criticized for  skewed or superficial or nonexistent coverage. They're not exactly inside sources.

In a brief mention of one of Occupy's catalytic moments -- the march onto the Brooklyn Bridge roadway, which led to over 700 arrests -- the DHS document even notes the wrong date. The bridge action took place on Saturday Oct. 1, but DHS dates the event on "September 30."

If the leaked document is much to go by (and I'm not sure it is), DHS wasn't paying all that close attention back in October. However, as Hastings rightly notes, "there is not much of a bureaucratic leap, if history is any guide, between a seemingly benign call for 'continuous situational awareness' and the onset of a covert and illegal campaign of domestic surveillance."

And it should not be forgotten that DHS is primarily charged with protecting the U.S. from terrorist attacks. As such, any internal document about Occupy, however slapdash, is sad evidence of the sparse tolerance for dissent in this country.