I fell for a Craigslist job scam

I wish I'd seen the red flags, but unemployment made me desperate enough to take a risk I now regret 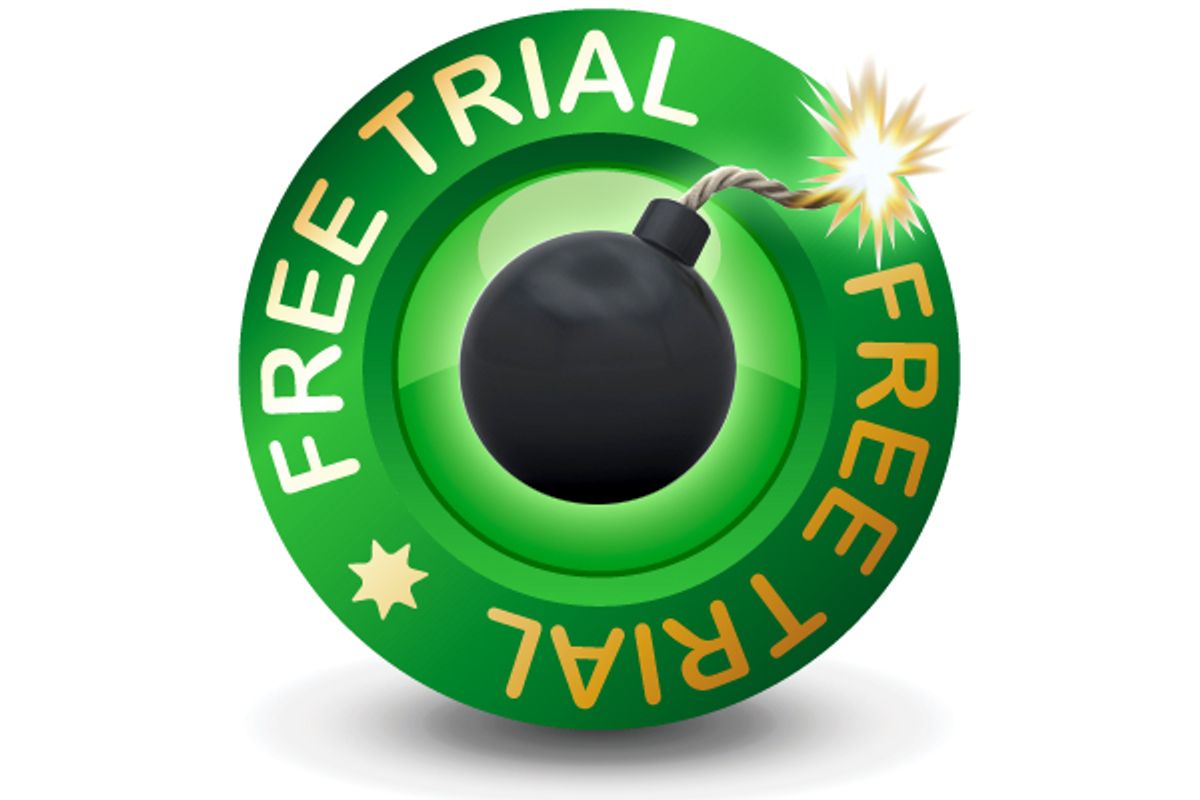 A professor once told a class at my university that “all of society is playing itself out on Craigslist.” He was right, it’s all there: the things we value and no longer want, the spaces we live in, our mating calls. There’s the Good Samaritan who posts an ad seeking the owner of a diamond ring he found. There's also the con artist taking advantage of a few million desperate job seekers. Unfortunately, that's what I found.

I had recently graduated college when Craigslist began to consume my life. I was 28, old enough to remember the joy of sitting in my kitchen with a pen and a cup of coffee, circling help wanted ads in an old-fashioned newspaper. But I don't need to tell you that Craigslist is way better than print classifieds ever were. It’s free, it’s instant, it’s hyper-local. Still, Craigslist does require a certain amount of street smarts; it can be a landmine of check fraud Trojan horses, fake website switcheroos and other gray-area opportunities. This isn’t news, of course. So while you wouldn’t want your grandmother using Craigslist, for fear she’d wire her identity to a Nigerian prince, those of us who’ve grown up with the seediness of the Web realize it’s no big deal. We know what to avoid on the Internet, the same way we know to avoid a dark alley on an unfamiliar street. Well, I thought I knew, anyway.

It was about four days after graduation that I realized I was heading toward disaster. Without my student financial aid money coming in, I wouldn’t be able to pay my bills with my joke of a part-time job. If I paid my upcoming rent, I wouldn’t even have gas money to get to that job. My degree offered few prospects in the city where I live, and breaking my apartment lease to move somewhere else would cost thousands. As panic set in, I abandoned the dream of starting a career and set out to simply stay afloat.

I was picky at first. I responded only to ads for parking lot attendants and busboys and landscapers. After a week, I responded to everything. I even took two days of work holding a sign at a busy intersection to promote an Indian lunch truck. I grinned when the boss handed me a total of $60 for those two days, but I’m pretty sure I was just high on exhaust fumes.

The Bureau of Labor and Statistics reported the unemployment rate in Tampa, Fla., at an even 10 percent that month. It certainly seemed worse than that, because even the most terrible jobs on Craigslist filled fast. I answered an ad looking for someone to deliver a pet cat to a town an hour away for $30. When I called, an exasperated cat owner told me she’d already hired someone, and turned down at least 40 other hopefuls in the hour since she’d put up the ad.

I was at my part-time job one evening scouring Craigslist and weeding out the usual dead ends. Potential scams were any vague listing that included phrases like “work from home,” “make over $1500 in first week” or  “own your own business cleaning chimneys” (not a joke). That night I responded to a normal-sounding ad for a “part time data entry person to help with a temporary computer project.”

When I got an email back the next day, it was a long, detailed response about how I could make $30 an hour signing up for “offers.” There were immediate red flags: It involved working from home and making a lot of money for doing little. Another bad sign was that the job described in the email was nothing like the one described in the original ad — a classic bait and switch.

But there were differences too. For one, the email wasn’t written in the weird, incomprehensible grammar that spam usually comes in. The writer, Aaron, made an assuring reference to the fact that I probably thought it was a scam. Most perplexing of all, Aaron offered to call me on the phone to prove he was legit.

I don’t trust anyone. I think it started on Christmas Eve when I was 5 and noticed that Santa Claus had a curl of black hair sticking out of his hat, much like Uncle Tony’s hair. For four more years I sucked it up and played the game, pretending to buy their excuse that Uncle Tony's "on the toilet," but I decided that once I grew up, I wasn’t going to be anyone’s sucker ever again. I closed Aaron’s email and planned to forget about it.

But I could not.

Even as I scrolled through other job listings on Craigslist that day, my mind kept returning to Aaron’s email, particularly the last line: “Worst case - it's not for you and you wasted 10 minutes.  Best case - you make $600 extra per month at your leisure.”

Hoping for a dose of reality, I forwarded the email to my one friend more untrusting and cynical than I was — a New Yorker. Her opinion was that even though she was “99 percent sure” it was a scam, it couldn’t hurt to go one step further and just talk to Aaron. Coming from her, that was a ringing endorsement.

I started thinking. Surely, out of the billions of pop-ups and banners and emails floating around the Internet, touting things like free iPads and male enhancements and getting paid to take surveys, at least one out of all of them had to be grounded in a shred of truth, right? Couldn’t I have stumbled upon the one easy-money offer on the entire Internet that was for real? Wouldn’t I be a genius when my leap of faith paid off, and all those skeptics who deleted Aaron’s email missed out? Didn’t I want to avoid the shame and the shouting when the rent came due and I had to tell my girlfriend I didn’t have it?

I wrote Aaron and he called me from an unblocked Wayne County, Mich., number. He sounded young and all-American. We chatted about fantasy football, and how his team sucked. Then he explained the job. Just register on a website and give them his referral number. Then use the links on that site to sign up for trial offers of services like the Disney Movie Club, and Netflix and Creditreport.com. The trials would cost between $1 and $5, which I’d pay with my own debit card. I’d get it back soon. The idea here was that some loophole had been discovered in these companies' marketing campaigns, and we would be the beneficiaries. Every time I signed up for five trials Aaron was going to deposit $50 in my PayPal account. Aaron made his money by referring people like me. “Call me any time you need help,” he said, soothing my nervousness.

So I went for it. I must have signed up for 15 trials that first day, determined not only to make money at it, but more money than anyone else. The week went on, and the referral site started to update my account with little green check marks next to the verified offers I’d completed, just like Aaron said. Those check marks made my heart pound. Every one of them meant $10 in my pocket.

Once I’d had about $100 worth of offers “go green” I messaged Aaron for my payment. He told me I had to verify my identity by sending in a snapshot of my driver’s license with any sensitive info blacked out, and then he’d pay me on Friday, when he paid all of his people at once. I sent the photo and waited.

Friday came and went. No payment. I wrote to Aaron. No response. I tried to find Aaron on Instant Messenger where we’d talked before. He wasn’t logged on. He was always logged on. I called the Michigan number. The user I was trying to reach was “not currently available.” It was a prepaid phone with no minutes left.

“Aaron” had cut me off.  He was never going to pay me, or any of the other people I imagined he’d hooked in. Of course, this realization didn’t stop me from continuing to email him every day for the next week anyway. First politely, in case there’d been some sort of honest mistake, then by screaming at him in all caps that I wanted my money “NOW!” Neither technique got any response. My money and my precious time were gone. Aaron was gone. I was a sucker holding a laptop like a bottle of snake oil.

Mysterious charges started showing up on my bank statement. It may not sound like a big deal, but calling to cancel my debit card was an especially low moment in my life. I tried to direct my anger at the scam artist, but I could not. I was too ashamed, and too angry with myself. I wasn’t supposed to fall for an obvious Internet scam. I was smart, and young, and had grown up using the Internet. I told no one.

Like the professor said, all of society is playing itself out on Craigslist. Scammers know there are people like me out there -- people whose desperation pushes them to a point where they take risks they might not otherwise. But in a broader sense, scams work because of an even more powerful emotion: hope.

When I visit Craigslist each day, I see so much more than jobs and futons and apartments. I see hope. Sometimes it’s hope in the form of a position that could launch my career; sometimes it’s just a catering gig that could pay my overdue phone bill. Sometimes it's just an offer that was too good to be true: hope that the slow, difficult climb to making ends meet could move at the speed of broadband.

Christopher Spata is a freelance journalist in Tampa, FL and a recent graduate of the University of South Florida. He has written about music and pop culture for Creative Loafing and tweets at @ChrisSpata.