The curious seeds of an invasive tree

Indigenous to Australia, this Blackwood has spread from Chile to California 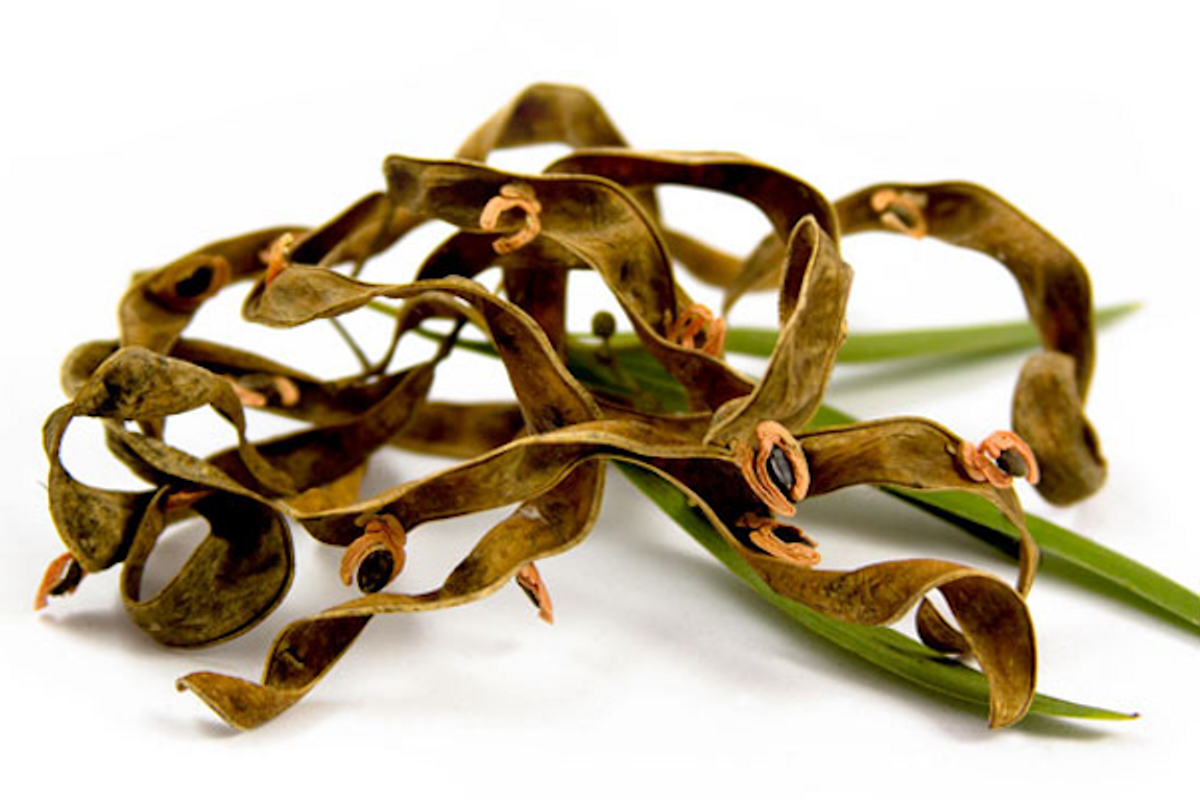 The world is filled with wattles ― 1,350 species, more or less. Of the Acacia genus, in the Mimosa family, wattle trees often have little puffy flowers and long seed pods. Six hundred are native to Australia, but many, such as Australian Blackwood, have been introduced throughout the world.

A hardy tree with strong timber and a shady canopy, the Australian Blackwood is cultivated in habitats from Chile to California. Its prized wood is carved into ukuleles in Hawaii, boats in South Africa, and a collection of small treasures ― pipes, pens, guitar picks ― that would fill a Blackwood-inlay cabinet. Meanwhile, in most of these countries, the trees ― and their seeds ― have spread far beyond their designated territory, making the Australian Blackwood yet another introduced species to embellish on the terms of its invitation.

The seeds are curious things, each wrapped in an unmistakable coral-colored ribbon, and so many. They play a significant role in the tree's life cycle, and its reputation as an internationally recognized invasive species. They are packaged in a legume that develops just after the flower. Long and thin, the beans twist and constrict as they mature, weaving themselves into a bundle of extravagant curls. Once they have dried, the pods split along both margins, exposing the seeds, which, given the odd angles of the curled pods, flail in every direction. The seeds are small (2-3mm long), and they are fastened to the pod by a reddish-orange seed stalk, called an aril or funiculus, that folds twice around the seed.

The bright accent distinguishes our tree from other wattles (which might have yellow, or cream arils), and it is a bright billboard for birds, a seed dispersing agent―at least in Australia, where birds have evolved to forage on the red aril and disperse the seed. However, many birds in the tree's new environments are not similarly adapted ― this can keep the tree from wandering where it's not wanted. Birds in South Africa, however, have developed a taste for the aril. Here the tree's populations are growing, and it's believed the birds have something to do with it. The country has declared the tree a noxious weed species, and biologists have taken measures to control it, including the introduction of seed-feeding weevils (and the Australian Blackwood is not the only nuisance; in total, 10 control agents have been released to control 10 Acacia species). In its native country, the tree is also recognized as a problem, which doesn't diminish its status as a national icon ― Acacia melanoxyln has been featured on two postage stamps, in 1959 and 1966.

The aril is not only pretty; it's also rich in protein, which makes the seed package rather appealing to ants, which consume the aril and discard the seed, in a fertile rubbish heap, or in the nest. Now buried, the seed has secured itself a pretty good place to wait until it's time to germinate. Like many Australian natives, the seed has a hard coating, a preference for bushfire germination, and incredible patience ― all of which make for years of dormancy. There is evidence that soil-stored seeds are viable after 50 years. And the tree itself can grow for over 100 years, perhaps even sacrificing a limb or two for a polished wooden treasure.