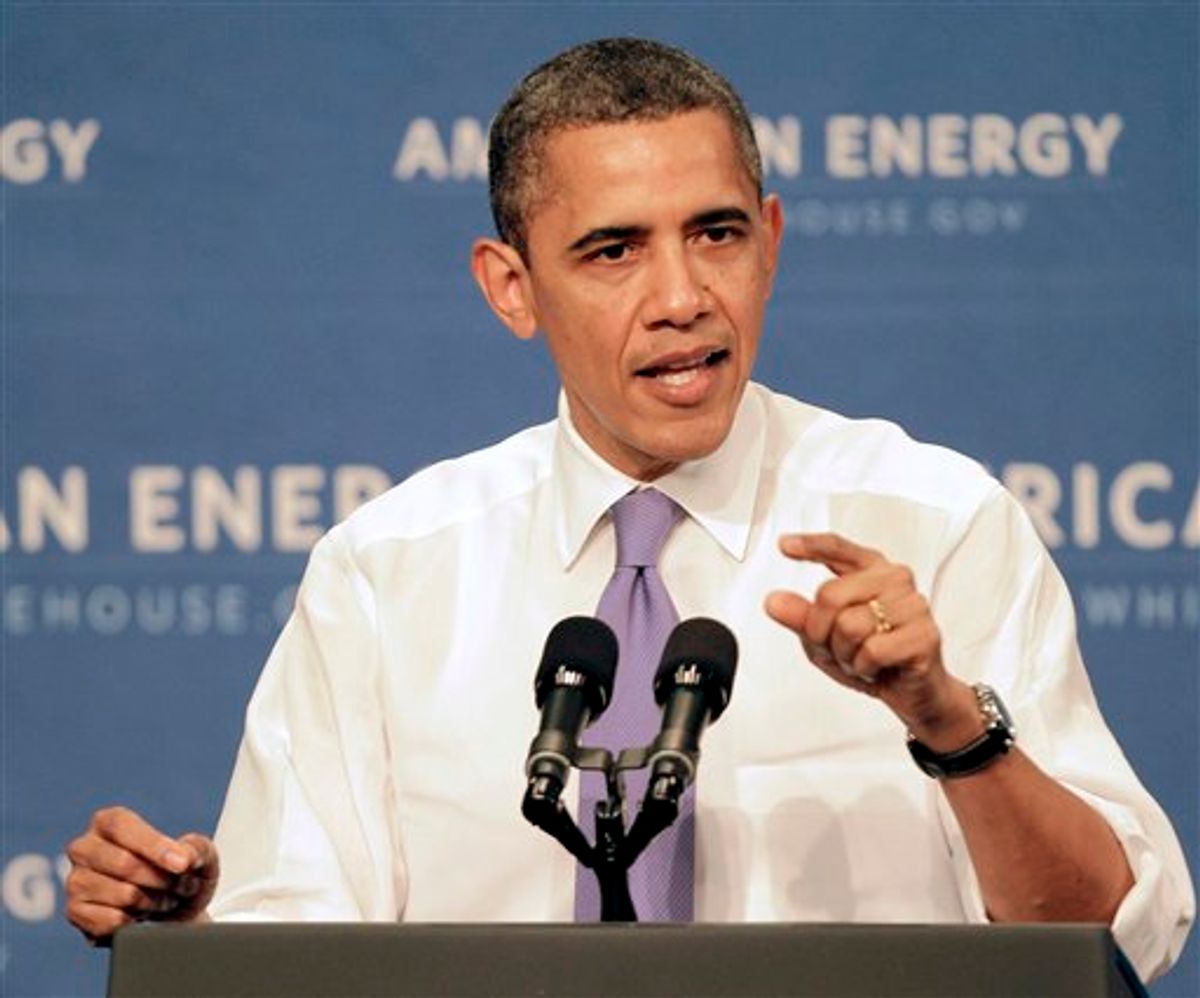 For just about anyone who drives a car, the soaring cost of fuel is a source of real distress. It’s also a very real source of worry for Barack Obama’s political team, and a very obvious weapon for his Republican opponents to wield against him.

And yet, the fact that the GOP is now focusing so aggressively on gas prices is actually a sign of how significantly the political environment has improved for Obama since last fall.

The average price of a gallon of regular unleaded gas reached $3.74 this week, about 25 cents higher than it was just a few weeks ago. Already, January was the most expensive month for gasoline in American history, and the consensus seems to be that prices will swell through the spring and summer, likely shattering the all-time record that was reached four years ago.

The Republican line, not surprisingly, is that this is mainly President Obama’s fault – proof of his “failed policies” and an indictment of his reluctance to embrace the Keystone XL pipeline and more aggressive drilling off-shore and in Alaska.

“Over the past few weeks,” Senate GOP leader Mitch McConnell said earlier this week, “the American people have begun to feel the painful effects of President Obama’s energy policy. Make no mistake: The rising price of gasoline isn’t simply the result of forces we can’t control.”

Obama, for his part, has taken to pointing out the global reasons for exploding prices, ridiculing the GOP’s calls for more drilling as a “bumper sticker,” and insisting that his administration is looking for “every single area where we can make an impact and help consumers.” And in a speech on energy in New Hampshire Thursday, he sought to turn the tables on the GOP, challenging Congress to strip the oil industry of $4 billion in annual tax breaks and subsidies.

"Let's put every single member of Congress on record,” Obama said. “You can stand with oil companies or you can stand up for the American people.”

You can expect the debate to go on like this for some time. A new poll released Thursday, though, suggests that voters aren’t automatically inclined to blame the White House for the cost of fuel. According to the Pew/Washington Post survey, 18 percent of Americans say they believe Obama is primarily responsible for gas prices, while 14 percent blame oil companies, and 11 percent point to Middle East turmoil. 38 percent pointed to other causes (including former President George W. Bush) and 24 percent fell into the “don’t know/refused category.”

Granted, the more noise that Republicans make about gas prices, the more the question of blame will become a simple partisan issue. So the number of voters blaming Obama will probably go up in the coming weeks. But it’s hard to look at the Pew numbers and not suspect that years of unstable gas prices – they soared to astronomical levels at several times during the Bush presidency – general awareness of the global factors at work, and hostile attitudes toward oil companies make this an imperfect issue for Republicans to pin entirely on Obama.

Again, that doesn’t mean they won’t score, and aren’t scoring, any points against him. But there’s another reason Republicans are playing up gas prices so much right now, besides the fact that they’re rising: The issue they really want to be talking isn’t as helpful to them as it was a few months ago – and, really, for the first three years of Obama’s presidency.

That would be the economy, and from the moment Obama took office, the GOP seemed intent on stressing one theme: He made it worse. This was an easy one for them. Even though Obama took over during a crisis that began under his Republican predecessor, it was only a matter of time before voters held him accountable for their economic anxiety. That’s just how it works for presidents, who get too much credit for strong economies and too much blame for weak ones. And given the depths of the crisis he inherited, there was no way Obama was going to be presiding over a healthy economy for most of his first term.

This allowed Republicans to spend 2009, 2010 and 2011 shaking their heads while pointing to one discouraging piece of economic news after another, lamenting how Obama’s “failed” policies had ruined the country. As cynical as this was, it was basically effective, as the 2010 midterms showed.

But the past few months have produced the best economic headlines of Obama’s presidency. Since September, unemployment has declined ever month, and it now sits at its lowest level since Obama’s first full month in office. And this week, the Dow crossed 13,000 and the Nasdaq reached a 12-year high. The hopeful signs have had a clear effect on Obama’s popularity, with his approval rating and standing against potential Republican opponents improving along with the economy.

Increasingly, Obama’s message has shifted from promising that his policies will eventually work to bragging that they are working, while Republicans have been forced to deemphasize “He made it worse!” and adopt “It could be better!” as their mantra. The recovery is tenuous (and so are Obama’s polling gains), but for the moment, the roles have been reversed and it’s Obama who now has the stronger message on the economy.

Against this backdrop, gas prices start to look like a Plan B of sorts for the GOP. Sure, no opposition party is ever going to ignore $4/gallon prices, but there’s a less exact relationship between the cost of gas and presidential popularity than there is with the state of the economy – and there’s more room for Obama to turn the issues against Republicans, as he’s now trying to do. Ideally for Republicans, the cost of fuel would be one item in their overall indictment of Obama’s economic stewardship. But if the good economic news continues, gas prices alone probably won’t be enough to hold Obama back.