It's time to love the bus 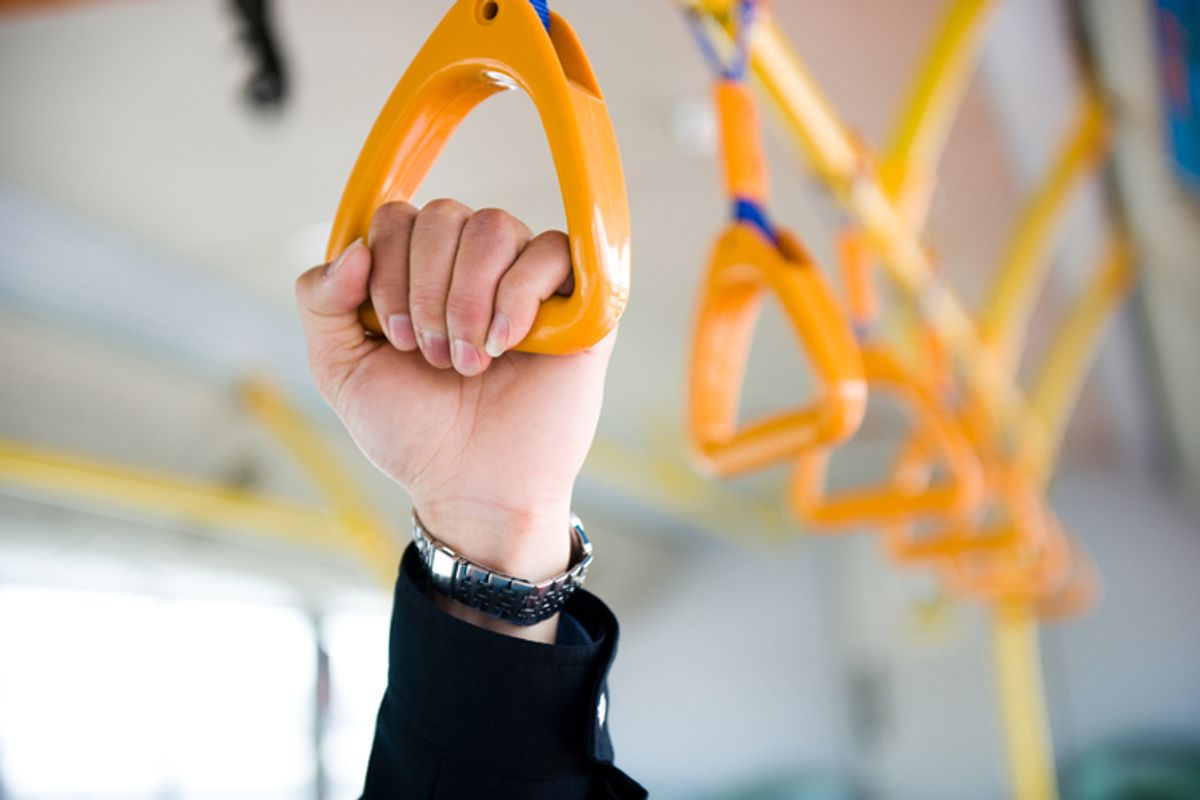 The Guardian hailed it as "a stately vehicle" that conveys "a sense of privilege." British car mag Autocar road-tested it and praised its "brilliant economy and an interior to die for." It isn't a Jag or a Rolls -- it's a London bus with a new set of curves, relaunched this week with the aim of lending municipal bus service a touch of class.

Whether more glamour will translate into more riders is yet to be seen. But one thing is certain: When it comes to improving mass transit, there's a lot of low-hanging fruit on the humble city bus. The vital connective tissue of multi-modal transit systems, the bus could be an efficient -- nay, elegant -- solution to cities' mobility woes if only we made it so.

And yet we rarely do. Streetcars are replacing bus routes in cities across the country, and billions are thrown at light rail while the overlooked bus is left to scream "Marsha, Marsha, Marsha!" "If you decide that buses don't merit investment, you're going to miss a lot of opportunities to help people get where they're going, and to expand their sense of freedom of movement, just because you don't like the vehicle they're riding," says transit consultant Jarrett Walker.

Making people like the bus when not liking the bus is practically an American pastime essentially means making the bus act and feel more like a train. Trains show up roughly when they're supposed to. Buses take forever, then arrive two at a time. Trains boast better design, speed, shelters, schedules and easier-to-follow routes. When people say they don't like the bus but they do like the train, what they really mean is they like those perks the train offers. But there's no reason bus systems can't simply incorporate most of them.

That's the goal of bus rapid transit. Now, whether BRT is as good as light rail is the subject of many a blood-spattered brawl between transit geeks, but for the purposes of this article let's assume that a pricey new light-rail system isn't an option, but BRT's "train on wheels" experience, with dedicated lanes and pre-board payments, could be. BRT has revolutionized mobility in cities from Bogotá to Guangzhou, but the U.S. has been weirdly resistant to it. New York's attempt to build a separated bus lane on a single Manhattan thoroughfare was killed by NIMBYism. Other systems, like Seattle's RapidRide, don't have dedicated lanes, so you really can't call them BRT. Only about five U.S. cities have true BRT, and even those are a shadow of the systems in other countries (though the one in Eugene, Ore. does feature a delightful strip of lawn down its guideway.)

Cities that won't embrace true BRT can at least emulate parts of it. Those attempts should be focused on one thing above all others, says transit blogger Benjamin Kabak: speeding up the system. "Slow, plodding, unreliable" service, writes Kabak, is the primary reason why New York's subway is breaking ridership records even as fewer people take the bus. So New York is doing things like "bulbing" its sidewalks into the street at bus stops so buses don't have to struggle in and out of traffic. San Francisco is outfitting its fleet with foward-facing cameras to catch cars that block the bus lane. Chicago is even letting its buses drive on the expressway shoulders during rush hour. Not every solution needs a high-tech fix.

All the speed-it-up tweaks in the world won't mean much on a bus route that runs twice an hour, however. Walker, author of the new book "Human Transit," says frequency is all-important but oft-neglected. In explaining its significance to drivers who don't see the big deal, he tells them to imagine a gate at the end of their driveway that only opens every 15 minutes. "Frequency is freedom," Walker says, "so you have to actively market frequency." How do you "market" frequency? That's where system and design begin to intersect -- and where the bus becomes extremely user-friendly.

Take bus maps: Walker thinks lots of them are junk. "The current WMATA bus map, for example, makes no visual distinction between a bus that runs every three minutes and a bus that runs every Tuesday," he says, referring to the system in Washington, D.C. You could fix this by taking a route where several bus lines converge and rebranding it "the Green Line," as planners did in Canberra, Australia.

This enhances predictability, as well, the lack of which is a major drawback for the bus. In an age when your phone knows exactly where you are, it should know where your bus is, too. Chicago, Philadelphia and New York let riders track their bus's location on their smartphones via GPS. And GPS can be used to hold green lights for oncoming buses, like in Los Angeles and Salt Lake City.

Bus stops could use an upgrade. Teague, a Seattle-based design studio, created a conceptual bus stop that includes an interactive map to demystify the route, and flashing green lights atop the bus-stop poles that signal impending arrivals. Dubai is rolling out air-conditioned bus stops. One in Vancouver, temporarily, included a hammock.

Design fixes funnel right down to the buses themselves. "Buses are the low-end workhorses of the transit world so they've been built to be durable," says Jeremy Faludi, a design strategist who's worked in bus design. "Flowing curves and nice shapes require more expensive manufacturing methods." But not too much more, and that makes them worth considering if they get more people to the fare box. Though it's hard to argue that cash-strapped transit agencies should splurge on aesthetics, compared to the cost of a bus -- which can be up to half a million dollars -- just $5,000 more could make a big difference. "European bus design, for example, is increasing the amount of the vehicle that is transparent," says Walker, "which gives the passenger a nice sense of still being on the street and part of its life, not stored in a box for transport."

One need only look as far as the Google bus to see what's possible, says Faludi. The search engine giant's private bus service for its employees is well known, and its buses -- equipped with Wi-Fi, electrical outlets, bicycle racks, and cellphone alerts that warn riders when they'll be late -- have been described as a "competitive weapon in Silicon Valley's recruiting wars."

"There's nothing inherent about buses that prevent these things," says Faludi. Just as Google uses its bus system to compete with other companies, cities might do the same with theirs. But while budget constraints are one obstacle, just as often it's a problem of perception: The bus is seen as cut-rate transit, ever inferior to rail and not worthy of attention. Even last week, when I traveled to Athens, Ga., to meet with a community group that's promoting better urban planning, everyone I spoke to was shocked that I had taken the bus from Atlanta instead of a private shuttle.

The bus suffers from an image problem. But not long ago, so did bicycles. Now bikes are the cool kid's transport, and all it took was a little investment and some reputation rehab.