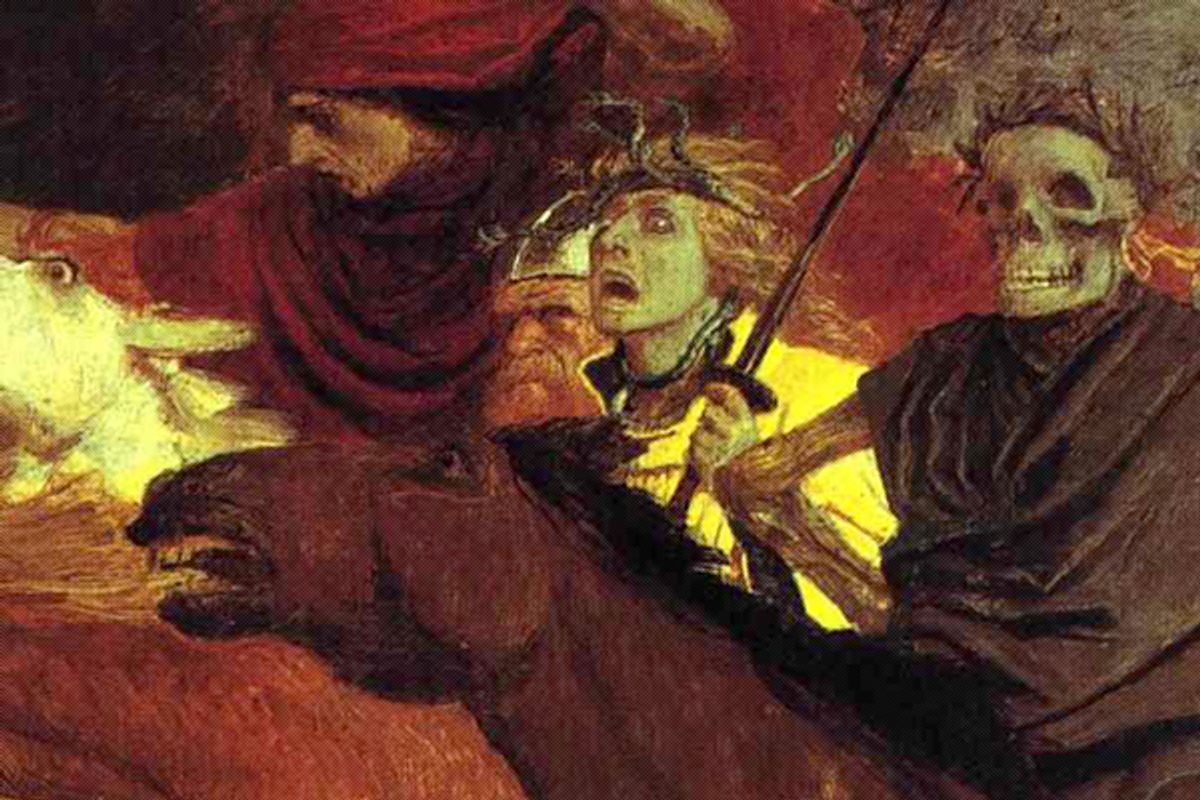 Hallucinogenic and ominous, the Book of Revelation has inflamed the Western imagination for over 1,500 years, inspiring everything from cheesy horror movies to panics over bar codes (the Number of the Beast!). By citing the final book of the New Testament, doomsaying Christian cranks have blamed hurricanes on sex and labeled President Obama the Antichrist, but they're only the book's most extreme fans. Revelation, the preeminent apocalyptic prophecy of the Abrahamic tradition, has, according to Mathew Barrett Gross and Mel Gilles, set the tenor of our times. Not bad for a text that almost didn't make it into the Bible in the first place and that some Christians still refuse to acknowledge as scripture.

Elaine Pagels, a professor of religion at Princeton best known for her hugely popular 1979 book, "The Gnostic Gospels," singles out this controversial text for extended scrutiny in her new book, "Revelations: Visions, Prophecy and Politics in the Book of Revelation." Although not as (ahem) revelatory as that career-making early work, "Revelations" is an elegant, sensitive effort to place the Book of Revelation in its mystical, historical and -- above all -- political context.

An introduction to Pagels' writings can be a life-changing experience for intellectually curious people brought up in orthodox Christian households. That's mostly because she has concentrated on a range of spiritual texts, written by early Christians, that didn't end up included in the New Testament. A badly garbled version of the ideas Pagels introduced in "The Gnostic Gospels" -- which was based on her study, as a Ph.D candidate, of a cache of papyrus codices discovered near Nag Hammadi in Egypt -- turns up in Dan Brown's "The Da Vinci Code." This inkling of the New Testament's complex and fraught history proceeded to blow the minds of many readers. Moving on to "The Gnostic Gospels" became the next stop for those who wanted to learn more about early Christian beliefs that were suppressed by the founders of the Church.

The Revelation of John of Patmos, however, did make it into the official Bible, and in "Revelations" Pagels explains why. It qualified not because it was written by John of Zebedee, one of Jesus' apostles, as the text's great champion, Athanasius, the bishop of Alexandria, claimed. It wasn't. In fact, the author of the Book of Revelation "belonged to the second generation of Jesus' followers," part of a cohort struggling to come to terms with the fact that Jesus' promise -- that Judgment Day and the Kingdom of God would arrive within the lifetimes of some of his disciples -- had not come to pass.

He was also not a Christian as we currently understand the term. Pagels makes a persuasive case, using what should be obvious to any careful reader of Revelation, that John regards himself as a Jew who has recognized Jesus as the messiah. That's why he's so exercised about "them which say they are Jews, and are not, but are the synagogue of Satan." Pagels believes that these "false" Jews were, like John, members of the radical sect founded by Jesus. John regarded them as dangerously corrupt and idolatrous because they did not observe traditional Jewish strictures surrounding food and sex. Many of them, she suspects, were Gentiles converted by the faction of Jesus' followers led by Paul, the religion's first great evangelist.

The Book of Revelation was written at a time when the significance of Jesus' legacy was furiously contested, and that's one reason why it gets hauled out so readily at times of similar discord. Presented as a divinely bestowed vision, filled with rains of fire, burning mountains, seas turned to blood and angels with swords flying from their mouths, as well as costarring the ever-popular Four Horsemen, the Whore of Babylon and, of course, the Beast, the text is essentially an over-the-top cry of "You're doing it wrong." John of Patmos felt that his religion was being threatened by purported faithful who had assimilated into the dominant culture of the Roman Empire (eating meat from pagan temple sacrifices was a big issue for him), and he wanted to remind them of the hideous fate awaiting that evil empire and anyone who had gotten too cozy with it.

Because the prophetic imagery of the Book of Revelation -- much of it derived from the Hebrew Bible and legends -- is so figurative and surreal, it has proven remarkably adaptive. John had to cloak his meaning in bizarre symbols because his text was, as Pagels puts it, "anti-Roman propaganda," of the sort that had probably gotten him exiled to begin with. In the following 400 years or so, John's Revelation continued to be interpreted in this way, as Roman authorities smashed Jewish rebellions and persecuted Christians who refused to participate in the obligatory civic tributes to Rome's gods.

Then Constantine converted to Christianity in 312 and gave the religion a favored place in his empire. The Book of Revelation was refitted by leaders like Athanasius for use as a hammer against Christians who did not bow to Church hierarchy. Ironically, a prophecy intended to demonize Rome (in the figure of the Whore of Babylon, that ancient oppressor of the Israelites) was used by those who, with Constantine's approval, "adopted the Roman army's system of rank, command and promotion to create effective control over a wide network of congregations," a network that become the Catholic ("universal") Church. Then, in a doubled irony, the same old Whore was, centuries later, said to symbolize the Catholic Church by Protestants who viewed Roman Catholicism as depraved and despotic.

Pagels' sympathies clearly lie with the small religious communities that had sprung up throughout the region (though particularly in Egypt) in Athanasius' time. These are the inward-looking, simple-living mystics who incorporated into their Christian worship spiritual ideas and practices from all over the ancient world and who preserved the gnostic texts found at Nag Hammadi. Some of those texts are as weird and visionary as the Book of Revelation, and some are far more beautiful, egalitarian and inspiring to many modern eyes. But they were not politically useful, and the Book of Revelation was. So it ended up in the New Testament and they did not. And there it remains, at the end of the Bible, providing fodder for bad Demi Moore movies and disastrously misconceived Mideast policies to this very day.