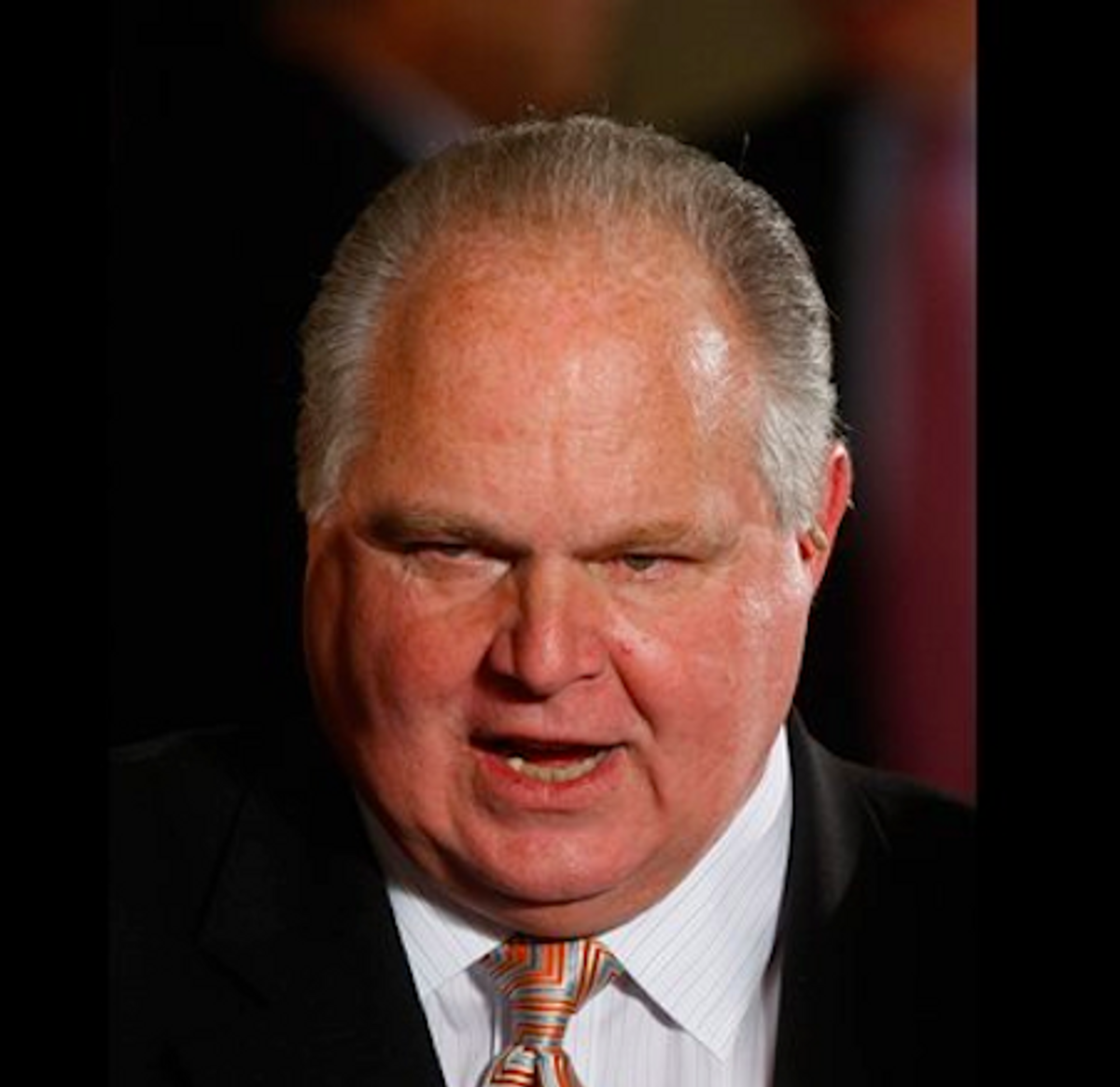 One of Rush's biggest enablers has so far escaped attention: the American Forces Network. For years, Limbaugh's show has been beamed around the globe to service members, military support staff and families. Other attempts have been made to remove him from that network and have failed.

This is the time.

In his more customized attacks on Fluke, it's easy to overlook the fact that Limbaugh has a two-decade-long track record of classifying women as inferior goods. This is the man who coined the term "Feminazi," who once stated that "feminism was established to allow unattractive women easier access to the mainstream." In Rush World, most women are either babes, sluts or whores. They're cunning and manipulative or whiny and weak. There's not much middle ground.